The US government has seized more than a million barrels of Iranian fuel contained in four tanker ships bound for Venezuela. 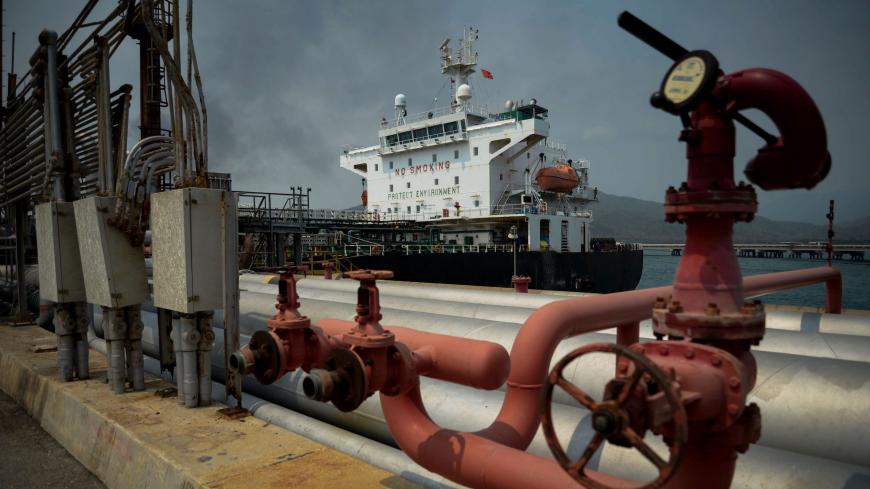 The Iranian-flagged oil tanker Fortune is docked at the El Palito refinery after its arrival to Puerto Cabello in the northern state of Carabobo, Venezuela, on May 25, 2020. - AFP via Getty Images

The US government seized more than a million barrels of Iranian fuel contained in four tanker ships bound for Venezuela, the Department of Justice announced Friday. It's Washington’s largest confiscation of Iranian fuel so far.

The seizure comes just over a month after federal prosecutors in Washington, DC, filed a confiscation suit for the cargo of the four ships: the Luna, the Pandi, the Bella and the Bering.

The United States is engaged in campaigns to isolate both Iran and Venezuela economically, which has led the two countries to closer cooperation.

US authorities “successfully executed the seizure order and confiscated the cargo from all four vessels, totaling approximately 1.116 million barrels of petroleum,” the Justice Department said in a press release. “With the assistance of foreign partners, this seized property is now in US custody.”

The Wall Street Journal first reported Thursday that the four fuel-laden ships had been seized without military force and were being routed to Houston, Texas. A spokesperson for the Justice Department told Al-Monitor via email that account was “inaccurate,” but offered no clarification.

Two of the larger ships are headed to Houston after the US authorities convinced their Greek owner to release them, Financial Times reported. The fuel of the other tankers was offloaded via ship-to-ship transfer.

The ships’ tracking devices were reportedly turned off over the past several weeks.

Iran then attempted to retaliate yesterday for the seizure, the Justice Department said. Iranian navy forces near the Strait of Hormuz boarded and took control of the MT Wila — a Greek-owned, Liberian-flagged tanker — before letting the ship and its crew go.

"After enforcement of the US forfeiture order, Iran’s navy forcibly boarded an unrelated ship in an apparent attempt to recover the seized petroleum, but was unsuccessful," the DOJ said.

The US-backed maritime coalition in the Gulf observed the takeover of the Wila and publicized the incident yesterday, but did not offer possible Iranian motives or mention any attempted fuel extraction.

The Trump administration is engaged in a so-called “maximum pressure” campaign against Iran to coerce the Islamic Republic’s leaders to re-negotiate the 2015 nuclear deal, from which the United States unilaterally withdrew in 2018.

The Trump administration accuses Iran of exploiting the deal to expand its ballistic missile program while supporting proxy militias in neighboring countries.

The United States also increased its military activities in the Caribbean earlier this year following reports that Russia had sent military support to prop up the government of President Nicolas Maduro. The Trump administration has repeatedly called for Maduro’s ouster and has enacted crippling sanctions on Venezuela’s government.

The oil-rich Latin American country has come to depend on foreign fuel shipments amid its economic collapse. Iran, seeking foreign markets, has stepped up.

Five tankers carrying Iranian gasoline arrived in port in Venezuela in May and June, escorted by Venezuela’s navy. The US Treasury Department then sanctioned the captains of the five ships who delivered the fuel.