The seizure follows the US interception of fuel tankers from Iran en route to Venezuela this month amid increased US pressure on both countries. 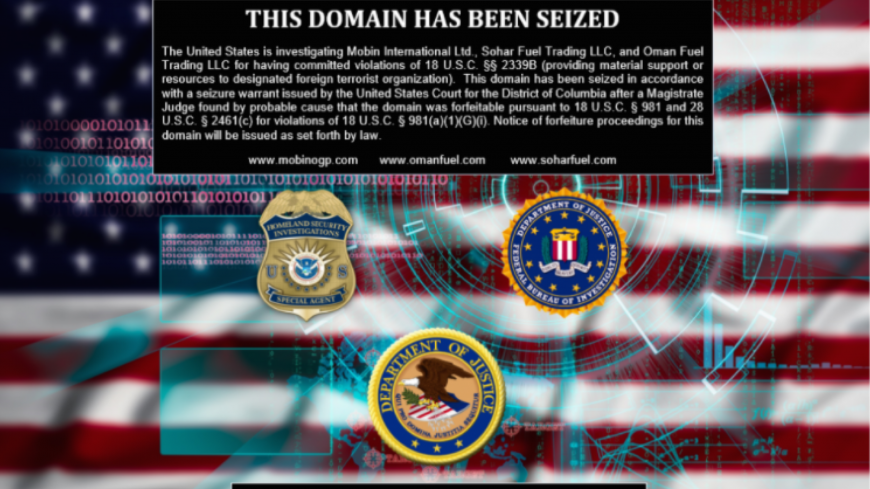 The US government announced today that it had seized three websites used by Iran to facilitate oil deals with Venezuela. The decision follows the US interception of Iranian oil tankers bound for Venezuela and increased pressure from Washington on both countries.

The Department of Justice assumed control of the websites for Mobin International, Sohar Fuel and Oman Fuel, which the department called front companies. The companies allegedly facilitated a fuel shipment by Iran’s Islamic Revolutionary Guard Corps to Venezuela, according to a department press release.

Earlier this month, the United States seized more than a million barrels of fuel from Iran that was heading to Venezuela aboard four tankers. The discovery of these companies’ alleged connection to the shipment from Iran to Venezuela followed this maritime seizure, according to the Department of Justice.

The websites now show a Department of Justice notice reading, “This domain has been seized.” Department officials did not immediately respond to Al-Monitor’s request for information on how they came to control the websites. The department said it seized the websites following a warrant from the US District Court for the District of Columbia.

The United States opposes Iranian policy in the Middle East and believes Iran is trying to build a nuclear weapon, which Iran denies. Iran supports armed groups in Iraq, Lebanon, Syria and Yemen that fight the United States and its allies — notably Israel and Saudi Arabia. The United States is currently trying to trigger the return of UN sanctions on Tehran related to the nuclear program.

The United States also supports an opposition government in Venezuela, and has long had poor relations with the socialist country.

Harsh US sanctions on both Iran and Venezuela have brought the two countries closer together politically and economically in the face of US criticism of their relations. Iran has completed several fuel and food deliveries to Venezuela this year. In July, the first Iranian supermarket opened in the South American country.

Turkey, which is a NATO ally of the United States, also sent medical aid to Venezuela recently.