The deal comes after reconciliation talks in Turkey this week aimed at resolving the differences between the two main Palestinian factions. 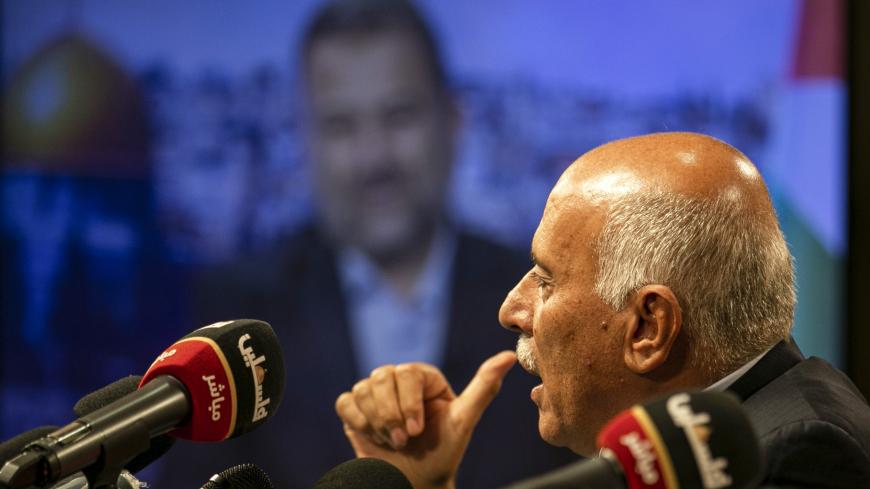 Senior Fatah official Jibril Rajoub has announced that Hamas and Fatah have agreed for Palestinian legislative and presidential elections to be held. Here, Rajoub is seen on July 2, 2020, in the West Bank city of Ramallah, attends via videoconference a meeting with deputy Hamas chief Saleh al-Arouri (on screen from Beirut) discussing an Israeli plan to annex parts of the Israeli-occupied West Bank. - ABBAS MOMANI/AFP via Getty Images

Hamas and Fatah will hold their first elections in nearly 15 years, officials from both sides said today, following direct talks this week aimed at ending the Palestinian infighting.

"This time we reached a real consensus," he told AFP by phone from Istanbul.

The last round of Palestinian elections in 2006 ended in a surprise win for Hamas and a short-lived unity government. Bloody clashes between the two sides led to Fatah’s expulsion from Gaza the next year.

Since then, the Fatah-dominated Palestinian Authority has run the West Bank and the Islamist militant group has remained the de facto ruler in Gaza, an impoverished territory of some 2 million people.

Rajoub said the Palestinian leadership should meet in the next week to “agree on the mechanisms to continue the process of building the national partnership, based on the statehood project and the popular resistance to confront the ‘deal of the century,’ the Israeli annexation plan and the normalization wave."

The Palestinian faction leaders convened earlier this month to discuss the normalization agreements Israel struck with the United Arab Emirates and Bahrain. The Palestinians view the Emirati and Bahraini deals as a betrayal of their cause, and say recognition of Israel should only offered in exchange for the Jewish state’s complete withdrawal from the Palestinian territories occupied since 1967. ​

Israeli and US officials have said other countries will soon follow with similar deals to recognize Israel. Oman, Morocco and Sudan are considered likely candidates.