US lawmakers grapple with Egypt policy as Sisi’s clampdown continues

As President Abdel Fattah al-Sisi ratchets up the rights abuses, some in Congress say the Trump administration is giving the Egyptian strongman a pass. 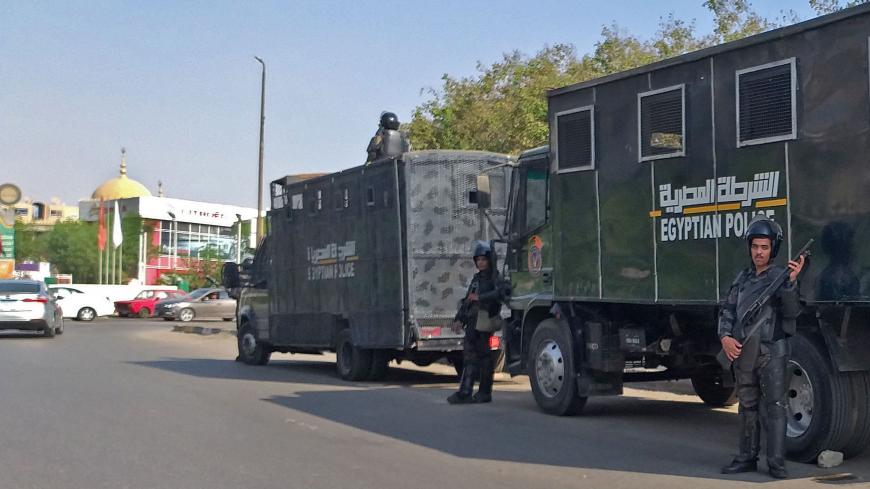 “The United States has important strategic interests in Egypt, but they do not justify looking away from this human rights disaster,” said Amy Hawthorne, deputy director of research at the Project on Middle East Democracy.

“We cannot conduct business as usual,” she told members of the House Foreign Affairs Committee’s subpanel on the Middle East, North Africa and International Terrorism. "At a minimum, some red lines must be drawn."

After Israel, Egypt is the second largest recipient of US military aid. The massive $1.3 billion assistance package it receives annually from the United States has continued in the face of the government’s widening assault on freedom of expression.

Some $300 million is contingent on the secretary of state certifying that Egypt is making good on human rights benchmarks. But a waiver provision allows the administration to bypass those requirements if doing so is deemed in the interest of the United States' national security.

Since taking power after a 2013 coup, Egyptian President Abdel Fattah al-Sisi has waged what human rights groups have described as an unprecedented crackdown on dissent marked by widespread arrests, forced disappearances and extrajudicial killings. Human Rights Watch has accused Egyptian security forces of disappearing and torturing children as young as 12.

"Sisi’s intense repression and the large numbers of political prisoners raise real concerns about whether the Egyptian government’s approach is actually cultivating extremism more than it is combating it," Tamara Cofman Wittes, a senior fellow at the Brookings Institution, told the committee.

The Egyptian government denies the allegations and says the tens of thousands of protesters, journalists and Islamists jailed under Sisi’s watch constitute a national security threat.

“They’ve taken it for granted that their human rights record wouldn’t hold [the] money up because we have an administration that doesn’t care about human rights,” Rep. Brad Sherman, D-Calif., said in Wednesday’s hearing.

Trump, who once reportedly referred to his Egyptian counterpart as his “favorite dictator,” has shown little interest in condemning him for human rights abuses. He has instead praised Sisi as a "fantastic guy" and hailed his efforts to combat terrorism.

That counterterrorism partnership cannot be overlooked, said Rep. Joe Wilson, R-SC. “We should not cut off our nose to spite our face. Close ties with Cairo mean more leverage and opportunities to effect positive change on critical issues like human rights."

The administration’s handling of Egypt policy has drawn scrutiny in Congress. In a letter last month, a group of 40 House members urged Secretary of State Mike Pompeo to press Cairo over its arbitrary detention of US citizens and other political prisoners.

They pointed to Ola al-Qaradawi and Hosam Khalaf, a couple approved for US legal permanent resident status, who have been detained without trial in Egypt for more than three years and reportedly kept in solitary confinement.

Cairo has also expanded its crackdown to target the family members of exiled activists. American citizen Mohamed Soltan told the committee that his relatives back in Egypt are facing reprisals for his actions.

In June, Soltan filed a lawsuit against Hazem el-Beblawi, accusing the former Egyptian prime minister of overseeing his torture during Soltan's nearly two-year imprisonment in Egypt. Days after he filed his suit, Soltan said five of his cousins were forcibly taken from their homes and his father moved to an undisclosed location in what he believes is an intimidation campaign meant to silence him.

“How can a ruthless regime we subsidize with over $1.3 billion of our tax dollars every single year assault our judiciary?” Soltan asked. “How can they be hailed as an ally or a partner?”