A meeting of Egypt and Armenia's top diplomats tout deeply rooted relations dating back over 100 years. 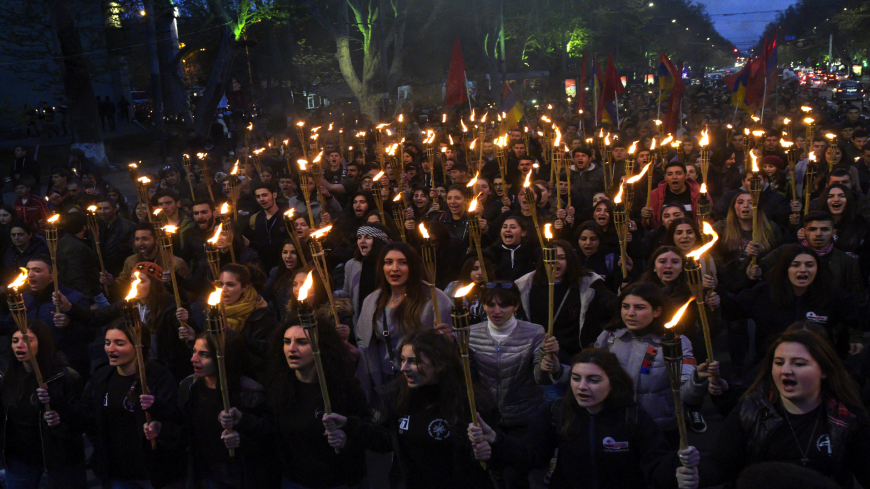 People take part in a torchlight procession as they mark the anniversary of the killing of 1.5 million Armenians by Ottoman forces, Yerevan, April 23, 2019. 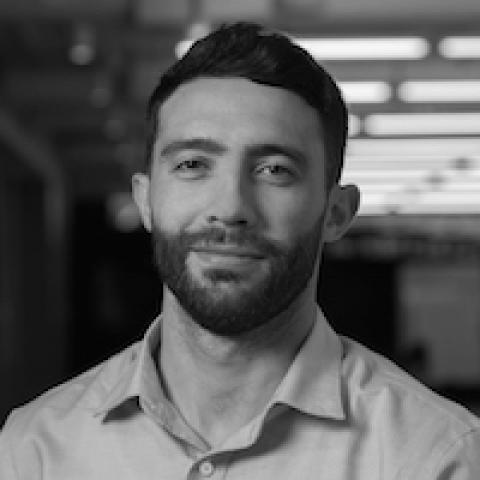 Egypt hosted Armenia’s Foreign Minister Zohrab Mnatsakanyan in Cairo on Sunday to discuss political and economic relations and stress the urgent need for what the minister said are peacemakers to “draw the red lines to war.”

Mnatsakanyan led an Armenian delegation filled with current and former ambassadors to Egypt. The officials were hosted by Egypt’s Foreign Minister Sameh Shoukry. The visit was the first by Mnatsakanyan to the Middle East in his role since his appointment in 2018, and it started in Egypt, reflecting the two countries' deeply rooted and still-growing relations.

The ministers discussed enhanced political dialogue across the IT sector, e-governance, pharmaceuticals, tourism and education.

Why it matters:  Relations between Egypt and Armenia go back over 100 years to when Egypt and other Arab states welcomed Armenians fleeing repression and genocide in the waning days of the Ottoman Empire. Today, there are thousands of Armenians living in Egypt, Mnatsakanyan said, and he applauded the ability to maintain their national identity, language and traditions.

“They are proud citizens of Egypt, they are proud Egyptians, and they are provided with every opportunity to also manifest and celebrate their national identity as Armenians,” Mnatsakanyan said.

“They enjoyed peace and security in Egypt,” Sisi said. He later reassured that these refugees were “integrated within the Egyptian community, living and working like all of the Egyptians.”

Egypt was one of the first countries in the Middle East to recognize Armenia’s independence in 1991, and one year later, diplomatic relations were established. In 1992, Egypt was the first country to host a diplomatic mission of Armenia in the Middle East. Since then, the countries have signed more than 40 bilateral agreements and celebrate each country’s cultural days.

Tensions in the region have escalated in recent months after Turkey's intervention in Libya and a drive for oil in disputed waters in the eastern Mediterranean against Greece and Cyprus, two close allies of Egypt.

Shoukry stressed Cairo's support for a peaceful solution in Libya and a "Libyan-Libyan" dialogue in Morocco.

"We need actions and policies that enhance stability and are consistent with the rules of international relations and international legitimacy," Shoukry said.

And last month, Egypt approved a maritime deal with Greece to confirm their exclusive economic zone for oil and gas drilling. On Sunday, Mnatsakanyan expressed solidarity with Greece and Cyprus in their rights to the waters.

“We need peacemakers who are able to draw red lines to war,” he said.

What’s next:  Mnatsakanyan briefed Shoukry on the escalating border dispute between Armenia and Azerbaijan. In July, clashes on the border killed 13 Azeris including a civilian, and four Armenians were killed.

"During the events in July, Turkey has been the only country that was taking a one-sided, very aggressive approach," Mnatsakanyan said. "Of course, we see the military build-up that they are attempting. … These are exactly the moves that undermine the effort toward peace and stability in the region."

On Monday, Mnatsaknayan was received by Sisi and reiterated Armenian’s stance on growing their partnership. The minister invited Shoukry and Sisi to Armenia. 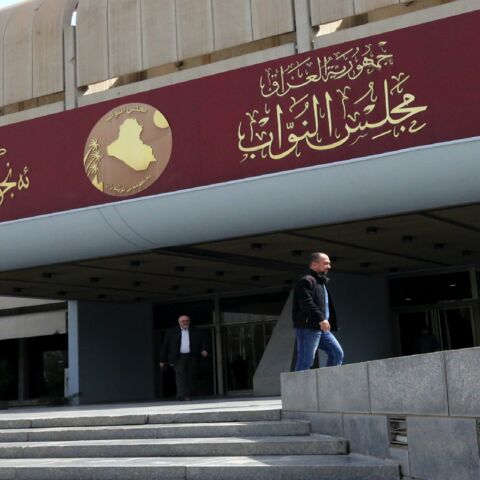