US top diplomat for Iran Brian Hook steps down

Hook was a key figure in the Trump administration's pressure campaign against Iran. 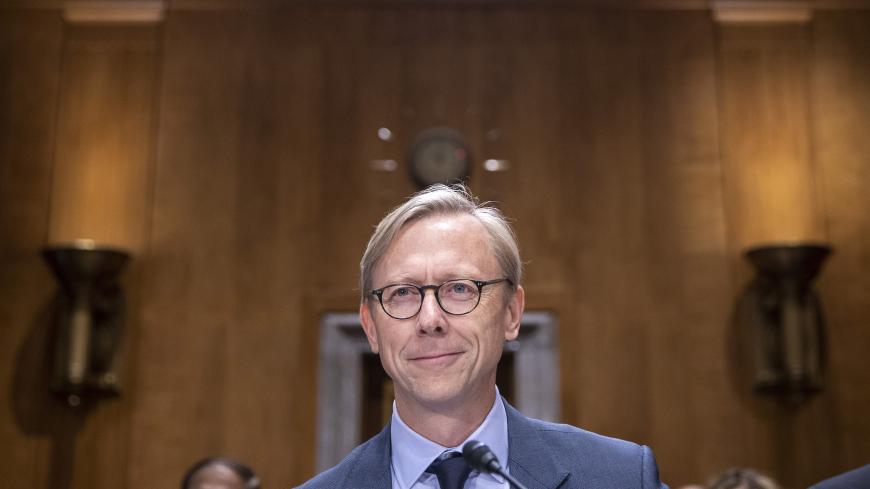 The Trump administration’s top official for Iranian affairs is stepping down.

US Special Representative for Iran Brian Hook has decided to leave his role, US Secretary of State Mike Pompeo announced today.

“Hook has been my point person on Iran for over two years, and he has achieved historic results countering the Iranian regime,” said Pompeo in a statement.

Hook was an adamant critic of the Islamic Republic and a key part of US President Donald Trump’s “maximum pressure” campaign against the country.

“Maximum economic pressure, diplomatic isolation and the credible threat of military force to defend our interests — that’s a winning combination,” Hook said in an interview on Al-Monitor's On the Middle East podcast last month.

Among Hook’s accomplishments was negotiating the release of US citizen Michael White from Iranian custody. Before his departure, Hook also lobbied for the extension of a UN weapons embargo on Iran. The embargo expires in October as part of the nuclear deal.

Trump withdrew the United States from the 2015 nuclear deal with Iran in 2018 and reimposed harsh sanctions on the country. The United States believes Iran is pursuing a nuclear weapon, which Iran denies. An ally of Israel and Saudi Arabia, the United States is also on the opposite sides of Iran in most regional conflicts. Iran is a major backer of the Syrian government, the Lebanese military and political organization Hezbollah, and the Popular Mobilization Units in Iraq.

Tensions between the United States and Iran are now at a high. The Iranian military conducted several drills late last month focusing on a simulated conflict with the United States. The two countries lack diplomatic relations and communicate through other channels. Hook negotiated the prisoner exchange that secured White’s release through Swiss diplomats.

US Special Representative for Venezuela Elliott Abrams will replace Hook while continuing his duties regarding the South American country, according to Pompeo. Iran and Venezuela are both sanctioned by the United States and have developed a close economic relationship as a result.