The convoy was being operated by the World Food Program. 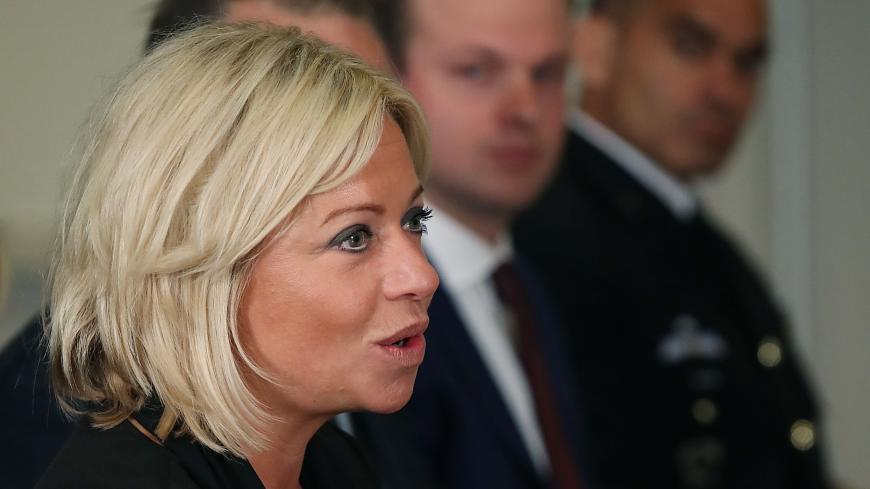 Jeanine Hennis-Plasschaert participates in a meeting at the Pentagon on Aug. 15, 2017, in Arlington, Virginia. Then the Netherlands defense minister, Hennis-Plasschaert now heads the UN's Iraq mission; on Aug. 26, 2020, she told the UN Security Council that a UN World Food Program convoy had been hit by an improvised explosive device. - Mark Wilson/Getty Images

The United Nations said one of its convoys was hit by an explosion Wednesday in northern Iraq; there were few other details. Two UN employees were reported injured.

Jeanine Hennis-Plasschaert, who heads the UN’s Iraq mission, told the UN Security Council via videoconference that an improvised explosive device had detonated near the convoy. “Conditions for humanitarian actors are also hazardous in certain areas as was starkly highlighted Wednesday by the IED explosion that impacted a World Food Program convoy in Ninevah,” she said.

Ninevah province is in northern Iraq and includes the city of Mosul. The Islamic State (IS) took the area in 2014. Ninevah has a large amount of religious and ethnic diversity and parts of it are disputed between the federal and Kurdistan Region governments. The Iran-backed Popular Mobilization Units control much of the province post-IS.

Hennis-Plasschaert spent the rest of her briefing discussing other humanitarian matters in Iraq and did not offer further details on the explosion. The World Food Program’s Iraq office did not respond to Al-Monitor’s request for comment on the incident.

The US government-funded Al-Hurra news outlet obtained a video Wednesday showing an explosion hitting a sport utility vehicle. Pictures published by the outlet also showed damage to a vehicle. The explosion took place on the road between Mosul and Erbil, the capital of the Kurdistan Region.

Al-Hurra and the state-run Iraqi News Agency reported that two UN employees were injured, citing the Iraqi military’s Security Media Cell. The cell, which communicates security news, did not issue a statement on the incident on its social media.

It is unclear who was behind the attack. IS remains active in northern Iraq since its territorial defeat in 2017. Kurdish security forces discovered an IS sleeper cell in Erbil last week.

An unknown group known as the Guardians of Blood claimed on Wednesday that it hit an American security convoy between the Nineveh province and Erbil. The group referred to itself as "Islamic Resistance," which is similar to the language other Iran-backed groups use, including Hezbollah in Lebanon.