Turkey says it is institution-building through military training in Libya

A new military training agreement between Ankara, Doha and Tripoli demonstrates Turkey’s institution-building efforts in Libya, but the success of these efforts will mainly depend on the support of Western powers. 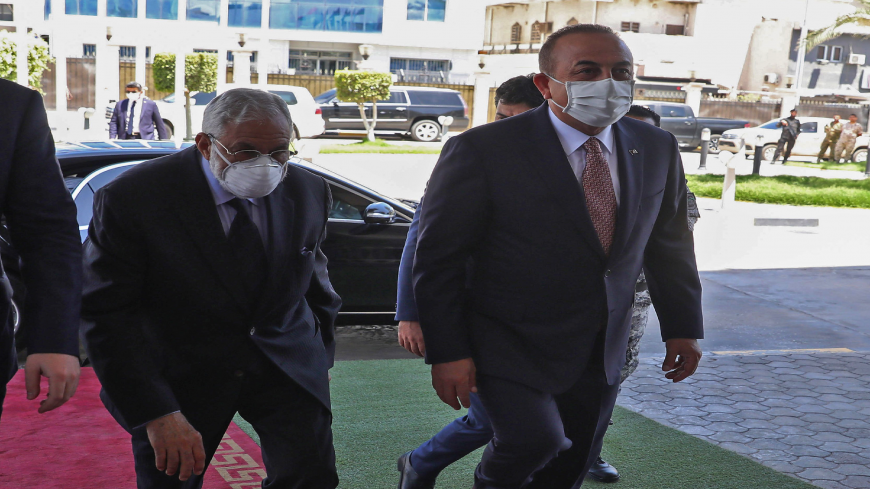 Turkey’s involvement in Libya has come a long way — from commercial diplomacy to proxy war and now institution-building. The new promise to build the Libyan army from scratch is what might set the Turks apart from many of the other foreign powers involved in the North African nation’s civil war. Future success in Libya, however, depends on Turkey’s ability to find more powerful partners — especially Germany and the United States.

The state-owned Anadolu Agency reported on Aug. 17 that the defense ministers of Turkey and Qatar agreed to sign a deal with Libya’s UN-backed, Tripoli-based Government of National Accord (GNA) “to establish facilities … for military training and consultancy” and “send consultants and military personnel to Libya.” Essentially, Turkey will build and run a military academy to train officers for the GNA, turning its militias into a standing army. Since the fall of Muammar Gaddafi in 2011, the Turkish Armed Forces (TSK) has provided training to GNA forces in the Turkish town of Isparta.

The new agreement represents a new chapter for Ankara. After Gaddafi, Turkey’s involvement in the North African country focused on commercial diplomacy at first — securing lucrative contracts for Turkish firms and boosting bilateral trade. But when Libya’s civil war entered a new phase in 2014, the North African country turned into a battleground for local factions that sometimes acted as proxies for foreign actors — not unlike Syria. The GNA found itself on the defensive against the Tobruk-based House of Representatives, whose Libyan National Army (LNA) is led by the controversial strongman Khalifa Hifter. A host of regional and international powers — Egypt, the United Arab Emirates, Greece and Russia — back the LNA, while Qatar and Turkey support the GNA.

Ankara’s big move in Libya came after it signed military cooperation and maritime boundary agreements with the GNA in December 2019. At the time, Hifter’s forces had reached the outskirts of Tripoli, but the TSK helped the GNA turn the tide. Now, GNA forces fight the LNA on a more equal footing — especially in the coastal town of Sirte — while Turkey’s clout in Libya and the eastern Mediterranean grows.

In recent months, the Turkish air force has built something of an air bridge between Turkey and GNA-controlled areas — especially Al-Watiya air base in western Libya, which the GNA had recaptured from the LNA with TSK help in May. Yoruk Isik, an Istanbul-based geopolitical analyst who shares open-source information to track plane and ship movements in and around Turkey, told Al-Monitor via direct messages on WhatsApp and Twitter that the Turkish air force may have carried out 50 “air bridge” sorties to Libya in recent months.

Now, Turkey is going for institution-building in Libya. Various pro-government media outlets in Turkey claimed that the tripartite deal with Qatar and the GNA is similar to the TSK’s support in forming and training Azerbaijan’s national army following the collapse of the Soviet Union in 1991. From the early 1990s onward, the TSK built military training facilities and conducted joint exercises and training with the armed forces of Azerbaijan per NATO standards. Turkey also provided similar institutional and training support to Somalia’s internationally recognized federal government in Mogadishu as well as the Afghan national army. Following the Islamic State onslaught in 2014, limited, ad hoc training by the TSK helped to raise new units for the Iraqi government and the Kurdistan Regional Government of Iraq.

According to Isik, “What makes Turkey’s engagement [in Libya] superior to other countries’ is the institutional engagement. When we think about the soldiers trained in Isparta, we can say that there is a desire to build a deeper institutional relationship.” What makes Libya different from Somalia, Isik added, “is that Libya is actually a very rich country. Given Turkey’s current situation, it is in no position to finance a national army [for Libya]. For that reason, it is very important for Libya to earn oil revenues again. This endeavor could work if Qatar finances the enterprise.”

Of course, Turkey’s Libyan venture faces several risks. The Turkish government’s financial and economic woes are the most critical.

Though less tangible, time is another major constraint. While the Azerbaijani military has expanded in size and capabilities since independence, save for a few skirmishes against Armenian forces in recent years, it has not been battle-tested like the TSK. Somalia and Afghanistan, meanwhile, remain too divided for their national armies to prove their mettle. At any rate, when one considers how Turkey’s own military transformation took decades of training with the world’s best militaries and capacity-building through its NATO membership, it will be a while — a decade or two — before the Turkish-Qatari initiative in Libya bears fruit. If, however, Turkey and Qatar could sustain that process, the pendulum could swing in the GNA’s favor in the long term.

In the final analysis, the success of Turkey and Qatar’s recent move in Libya will depend on the political and diplomatic game — namely, their ability to bring new (and more powerful) partners into the fold. Two candidates stand out: the United States and Germany. Both powers seem concerned about Russia’s growing interest in Libya, and unlike Syria, neither Washington nor Berlin has taken an overt stand against Ankara’s actions in Libya — despite the occasional jabs from Ankara.

It is worth remembering that Turkey became more directly involved in Libya to give the GNA breathing space. Turkish and Qatari leaders continue to emphasize that they support a political solution to the civil war in Libya. In a smart move on Aug. 20, the GNA called for a cease-fire in Sirte, a move that the Tobruk parliament reciprocated. Additional diplomatic overtures by Turkey and Qatar to the United States and Germany could force the LNA and its backers to come to the negotiating table and — who knows — maybe even bring the Libyan civil war to a speedier end.