Mevlut Cavusoglu's trip is notable given US sanctions on Venezuela. Turkey previously sent medical aid to the South American country. 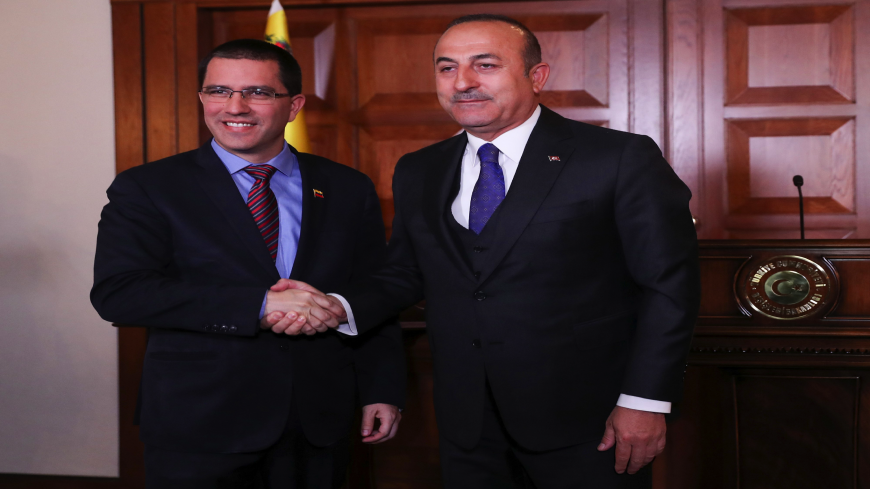 Turkey continued its public embrace of Venezuela this week. The United States opposes and sanctions the South American country’s government, but Washington has yet to comment on Turkey’s endeavors there.

Turkey’s Foreign Minister Mevlut Cavusoglu traveled to Caracas on Tuesday on the 70th anniversary of Turkey and the Bolivarian Republic establishing relations. The minister discussed cooperation and unspecified cultural agreements between the states and met with his counterpart, Jorge Arreaza, Cavusoglu said in a series of tweets. Turkey also delivered coronavirus aid to Venezuela during his visit.

The meeting is noteworthy because of the United States' relationship with both countries. The United States and Turkey are NATO allies, although relations have strained in recent years over Washington’s support for Kurdish groups in Syria against the Islamic State. The Syrian Democratic Forces the United States backs are also in a state of conflict with Turkey.

The United States has long opposed Venezuela’s government, on the other hand. The animosity dates back to late Venezuelan President Hugo Chavez, whose socialist and anti-imperialist outlook did not match with the United States. The United States supports an opposition government in Venezuela and also imposes a variety of sanctions on it.

Last week, the United States seized Iranian fuel headed for Venezuela. Iran and Venezuela have developed close economic ties amid US sanctions on both states.

In this context, Turkey is working to improve relations with Venezuela. Turkey also sent a plane of medical aid to the country in July, its Ministry of National Defense announced at the time.

The US State Department has not commented on the Turkey-Venezuela relationship. In July, a State Department official told Al-Monitor that humanitarian assistance like Turkey’s medical shipments do not violate US sanctions on Venezuela.

Cavusoglu visited Venezuela as part of a tour of the Americas. He also went to Haiti and the Dominican Republic.

Venezuelan President Nicolas Maduro called his meeting with Cavusoglu “pleasant” in a tweet.