The United States, on the other hand, called the elections in the South American country “flawed.” 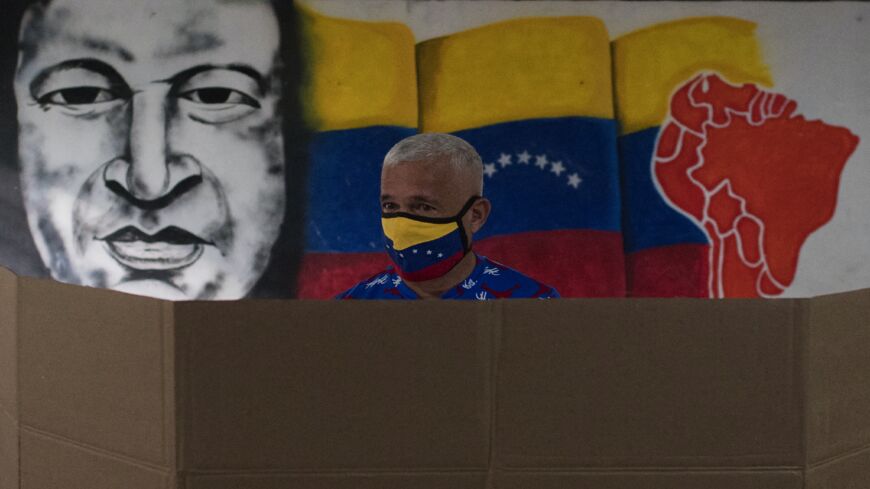 A man wearing a face mask prepares his ballot at a polling station in Caracas during the regional and municipal elections in Venezuela, on Nov. 21, 2021. - FEDERICO PARRA/AFP via Getty Images

Turkey praised Venezuela today for its recent elections. Turkey continues to boast of good ties with Venezuela, which is subject to US sanctions.

The Turkish Ministry of Foreign Affairs said the elections took place in a “peaceful manner” and lauded the participation of the Venezuelan opposition in the contest.

“We are pleased that the local and regional elections that were held in Venezuela on 21 November 2021 have been conducted in a calm and peaceful manner with the wide participation of the opposition as well,” read a statement from the ministry.

The ruling socialist party of President Nicolas Maduro performed well in the regional elections, while the opposition led by Juan Guaido did poorly.

Conversely, the United States sanctions Venezuela and supports Guaido. Washington is particularly concerned about Iranian fuel deliveries to Venezuela. In June, the US military issued a warning regarding an Iranian warship reportedly headed to Venezuela.

The US State Department called Venezuela’s elections “flawed” in a Nov. 22 press release.

“The Maduro regime deprived Venezuelans yet again of their right to participate in a free and fair electoral process during Venezuela’s November 21 regional and local elections,” US Secretary of State Antony Blinken said in the statement.

Blinken alleged that the results were “skewed” due to criminalization of the opposition, arbitrary arrests and harassment of civil society activists.

Turkey and the United States are NATO allies, though relations have been tense in recent years, including over US support to Kurdish groups in Syria. The US government has not commented on Turkey’s relations with Venezuela.