Greek Prime Minister suggests that if no agreement can be reached, his country's dispute with Turkey over a maritime boundary should go to an international court. 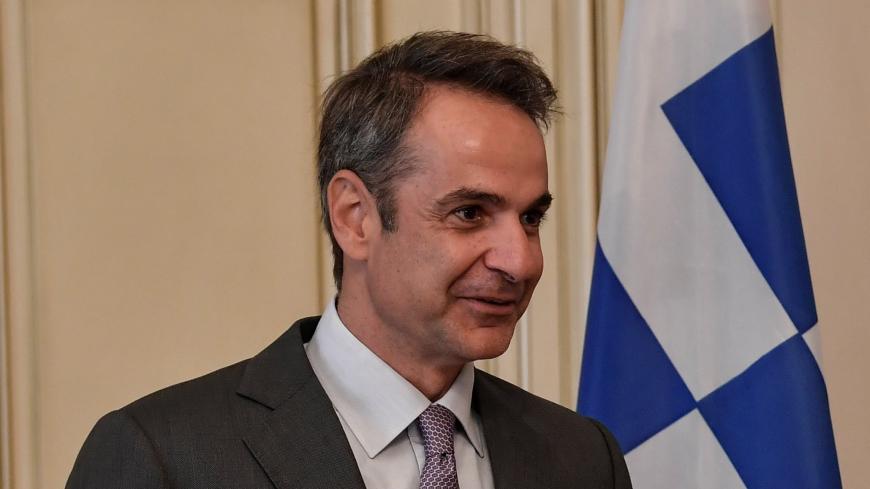 Greek Prime Minister Kyriakos Mitsotakis said this week that he would welcome international court intervention to settle a maritime boundary dispute if his country and Turkey remain deadlocked.

His comment at a security forum Wednesday was followed by a deal between Egypt and Greece on Thursday that designates an exclusive economic zone in the eastern Mediterranean. The zone contains important oil and gas reserves, Egyptian Foreign Minister Sameh Shoukry said.

The moves increased the stakes in a growing regional energy war that is quickly drawing international attention, including from the United States.

“I’ve been honest in telling the Turks and telling the global community, if we cannot agree, let’s go to court,” Mitsotakis said. “Let’s go to The Hague.”

“Greece-Egypt agreement is null and void. Will continue to resolutely defend rights of Turkey and Turkish Cypriots at the table and on the ground,” he wrote in s tweet.

Why it matters: In November, Turkey and Libya’s interim government, the Government of National Accord, signed a maritime boundary treaty. The agreement established an exclusive economic zone in the Mediterranean Sea that demarcates a 35-kilometer (18.6-nautical mile) sea boundary separating the two countries' economic zones.

The move was seen on the international stage as contesting Greek and Cypriot sovereignty in the eastern Aegean and imposing on those countries’ gas drilling in the waters, said Nicholas Burns, an international politics professor at the Harvard Kennedy School of Government.

Mitsotakis said November's deal is null and void and "clearly violates Greek sovereign rights because it recognizes no exclusive economic zone to the Greek islands."

Turkey has criticized Greece for blocking it out of energy reserves in the Aegean Sea and eastern Mediterranean and said Turkish vessels have begun exploration missions in the waters.

But the missions are more than just research and exploration, Mitsotakis countered, and include illegal drilling in the Cyprus exclusive economic zone along with attempts to weaponize migrants and refugees.

Turkey and Greece hosted exploratory meetings to discuss the matter as early as 2002, until Turkey cut off the discussions in 2016.

Energy reserves in the maritime boundary play a crucial role in kick-starting Greek's economy. The Greek government faced a severe debt crisis following the global financial crisis of 2007-08. In 2015, the country received a loan worth about $300 million meant to revitalize energy projects.

What’s next: Following the signing of their November agreement, Turkey and Libya have seen an increased partnership, culminating in a meeting Thursday of foreign ministers from Libya, Malta and Turkey. The leaders discussed a strengthened partnership that includes the return of Maltese and Turkish companies to Libya and support in upgrading the capabilities of the Libyan Coast Guard.

In their two meetings since Mitsotakis became prime minister in July, Turkey and Greece have ceded no ground on their sea boundaries dispute.

"In our first meeting, I told him that honestly, let's try to do a restart in the Greek, Turkish relationship," Mitsotakis said, and later added, "Unfortunately, I didn't get the response I was expecting."

Know more: Correspondent Hagar Hosny highlights a Turkish military drill in the eastern Mediterranean last month that was countered by an Egyptian and French drill amid quickly escalating tensions in the seas.