Turkey’s Central Bank left a key interest rate unchanged in favor of liquidity measures Thursday in what analysts described as a “missed opportunity” to send a positive signal to the markets. 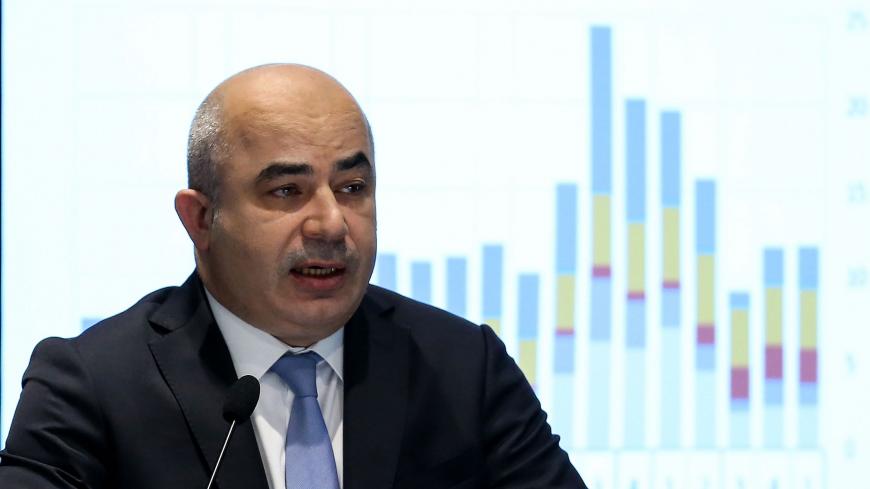 The bank’s monetary policy committee announced it would hold its one-week repo rate steady at 8.25%, where it has remained since May 21 amid inflationary pressures on the Turkish economy.

Citing high “uncertainties” in the global economic recovery amid the COVID-19 pandemic, the committee said in a statement Thursday, “Keeping the disinflation process in track with the targeted path requires the continuation of a cautious monetary stance.”

The decision was expected by most economist surveyed in a Bloomberg poll, but some analysts said an interest rate hike was necessary to reduce volatility in the Turkish lira, which hit record lows against the US dollar earlier this week. Following the announcement, the lira slid slightly to 7.35 per greenback Thursday afternoon.

“It’s another missed opportunity by the Central bank to send a positive signal to the markets,” Wolf Piccoli, co-president and political risk analyst at Teneo Intelligence, told Al-Monitor. He added, “Overall, the signal sent today was that backdoor measures will remain the preferred tool if the lira comes under pressure and an outright interest rate hike remains not the favored solution.”

The Turkish economy has come under mounting pressure as depleted Central Bank reserves and cheap credit have raised fears of a potential currency crisis similar to one experienced in August 2018.

Shortly after the announcement Thursday, the Central Bank said in a statement it would increase mandatory reserve ratios for lenders to spur credit growth. The liquidity measures would see the bank withdraw the equivalent of about $11 billion in foreign currency and precious metals from the market to boost reserves.

“That’s huge,” Atilla Yesilada, a political analyst at Global Source Partners, told Al-Monitor. “If the purpose of a rate hike is to make credit scores, that’s being achieved by raising required reserves.” He added, “It is tightening, but I don’t think it’s going to be enough to stop the slide of the lira. If for instance the Central Bank had raised the policy rate to say 14-15%, there would be a lot of flows from outside.”

So far this year, the lira has lost about 20% of its value, making it the world’s third weakest currency. Citing continued vulnerability, the International Institute of Finance decreased its fair value estimate for the lira to 7.5 per dollar Thursday, down from 6.3 in June and 5.5 in April.

Yesilada said most of the pressure on the lira was coming from domestic consumers, who instead of keeping money in bank accounts have opted to invest in real estate and precious metals to ride out the current economic turmoil.

“Turks are going back to the years of [keeping savings] under the mattress,” Yesilada told Al-Monitor. “For the private companies to be able to invest, there has to be more savings in the financial system. But with the ideology of low interest rates, [Erdogan is] actually forcing people away from the financial system.”

The lira recovered some of its value Wednesday following Erdogan's announcement that he would share “good news” this Friday that would bring Turkey into a “new era.” Speculation continues over the announcement, but several news agencies reported Wednesday that energy reserves may have been discovered in Turkey’s Black Sea territorial waters.

If the rumors prove to be true, the discovery could impact Turkey’s fortunes, as well as the nation’s ongoing energy exploration activities in the eastern Mediterranean, which have raised tensions between Ankara and several European Union member states.

Still, observers questioned whether the finding would be significant enough to bolster the Turkish economy. Even if the alleged reserves are sizable, analysts said it would take years to develop offshore fields and Turkey would remain locked in current contracts with gas exporters, such as Russia and Azerbaijan.

“Given the lack of movement from the Central Bank, the announcement by Erdogan tomorrow about this alleged gas discovery better be a big one because otherwise the lira is likely to come under pressure again,” Piccoli told Al-Monitor.

by Murielle KASPRZAK and Joseph SCHMID | AFP | May 26, 2022
END_OF_DOCUMENT_TOKEN_TO_BE_REPLACED