Despite state bank efforts to bolster Turkey’s currency, the lira fell to its lowest point since May against the dollar this week, prompting fears of a renewed currency crisis. 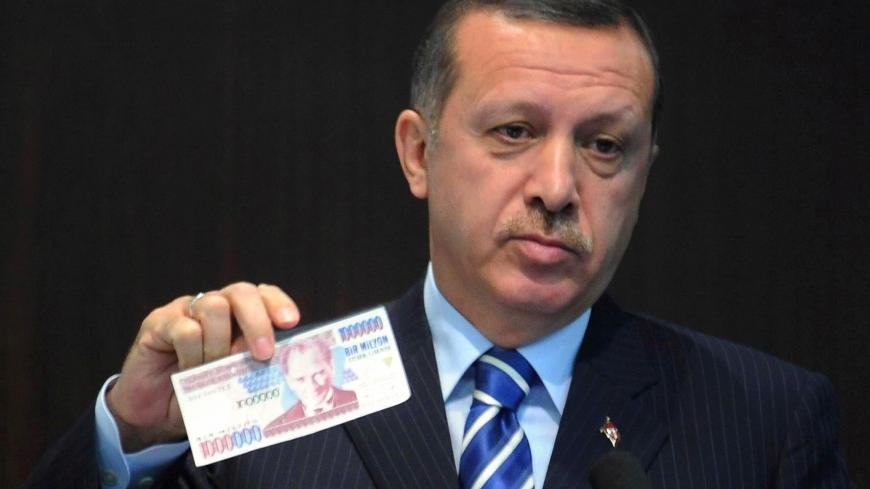 ISTANBUL — Following two months of stability brought about by heavy state bank spending, the Turkish lira is volatile once more, falling to about seven per US dollar and hitting record lows against the euro this week.

The slide came as state banks sold at least $2.5 billion Monday and Tuesday to prop up the currency as demand for foreign currency widened the nation’s current-account deficit, according to reports by Bloomberg News.

The latest fluctuation comes after a global economic downturn caused by the COVID-19 pandemic sent shocks through the Turkish economy, devaluating the lira this spring and financial analysts now fear Turkey could experience a new currency crisis if monetary policies remain unchanged.

Along with Argentina’s peso, the lira was one of few major emerging-market currencies to fall against the dollar since March, over a period in which the US currency has slid to a two-year low, according to the Bloomberg Dollar Index, underlining weakness in the Turkish currency.

Amid the tumult, Turkish Central Bank Governor Murat Uysal raised his end-year inflation forecast to 8.9% Wednesday, up from 7.4%, citing rising oil and food prices. Uysal said the projection assumed there would be no second wave of COVID-19, adding he expected inflation to call back to 6.2% by the end of 2021.

“Even if uncertainties regarding the global economy are taken into account, the second wave will not restrict economic activities as compared with the first,” Uysal said while presenting the bank’s third annual inflation report in Ankara Wednesday.

Wolf Piccoli, co-president and political risk analyst at Teneo Intelligence, said the Central Bank forecast was optimistic, adding he expected inflation to reach at least double digits by the end of the year. Still, he added, the 8.9% projection means Turkey would remain in negative rates territory with the benchmark rate at 8.25%.

“It’s a fragile situation and the Central bank is not really helping in terms of credibility,” Piccoli told Al-Monitor. “Eventually, they are going to have to give in [and hike interest rates] or risk a major financial and balance-of-payment crisis.”

In comparison to other emerging markets, Turkey’s macroeconomic fundamentals “are not bad,” Piccoli said, but the Central Bank would need to adopt a “credible monetary policy” to regain investor confidence and avoid future backsliding.

“If they do that, this will be over very, very quickly,” Piccoli added.

He was replaced by Uysal, who has delivered 1,575 basis points of rate cuts in nine consecutive steps, but has held rates steady amid economic turmoil since June.

Though the economic impacts of COVID-19 continue to be felt in Turkey, particularly in the tourism sector, which has lagged as the nation remains off the European Union’s list of safe travel countries, there are some signs of recovery.

According to a report by the Turkish Statistical Institute, the Economic Confidence Index climbed 11.8% compared to June due to improved outlooks in the services, real estate, construction and retail trade confidence indices.

There was also a slight uptick in the Purchasing Manager’s Index, but Eray Yucel, an economics faculty member at Ankara’s Bilkent University, said the overall growth outlook remained poor.

“Their projections are not reflecting reality, or this is some other kind of reality, I don’t know,” Yucel told Al-Monitor.

He went on to say that uncertainty regarding future job growth and a possible second wave of COVID-19 have only further complicated economic forecasting. Yucel pointed to recent political campaigns, such as the reconversion of Istanbul’s Hagia Sophia into a mosque, as possible signs the government is running out of remedies to stabilize the economy in the short and medium terms.

“Other than the pure economic dimension, I see some shifts in the government towards more political or ideological points, like the Hagia Sophia,” Yucel told Al-Monitor. “To me this is an indicator of some kind of helplessness.”