Many in Syria’s northwestern province of Idlib see no benefits to the joint Russian-Turkish patrols conducted under a demilitarization deal, as the Syrian regime sporadically attacks the area and managed to take several areas since the deal was reached in September 2018. 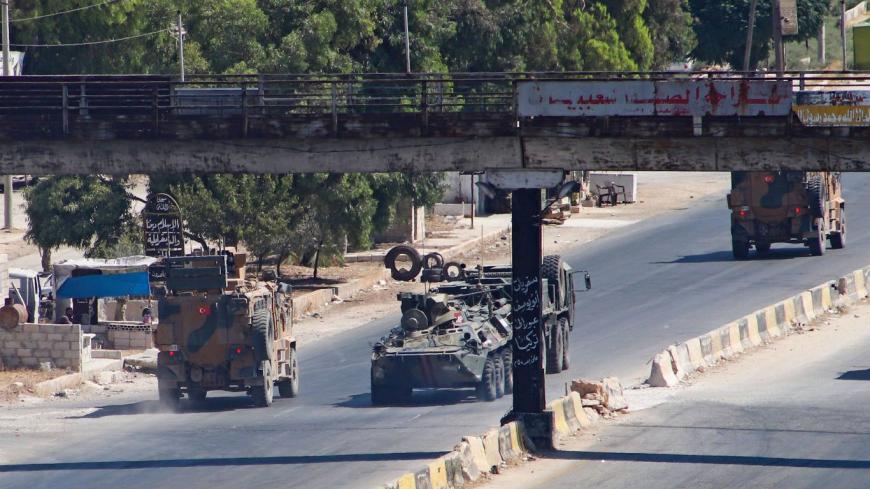 A Turkish-Russian military convoy tows a damaged vehicle after its joint patrol was reportedly targeted on the strategic M4 highway, near the town of Urum al-Jawz in the south of Idlib province, Syria, Aug. 25, 2020. - ABDULAZIZ KETAZ/AFP via Getty Images 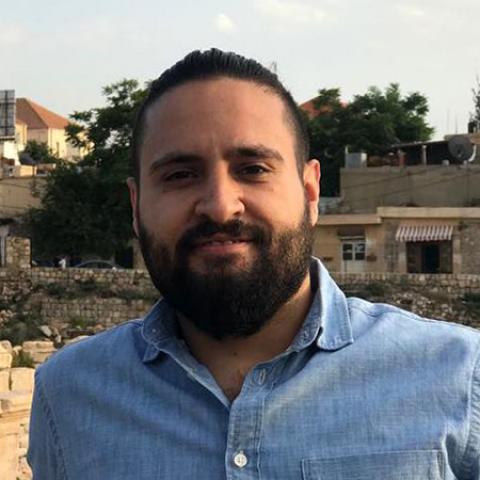 Russia and Turkey concluded the Sochi agreement in the Russian city of Sochi near the Black Sea in September 2018. One of the most important clauses was “the establishment of a demilitarized zone in the Idlib governorate in northwestern Syria” to stop the clashes between the Syrian regime forces and the opposition factions.

However, this agreement did not hold for long. A military escalation at the end of April 2019 saw Syrian regime forces — backed by Russian air cover — launch an attack on northwestern Syria. The regime managed to advance to Maarat al-Numan in southern Idlib province, a clear breach of Article 2 of the Sochi agreement, which stipulates, “The Russian Federation will take all necessary measures to ensure that military operations and attacks on Idlib will be avoided and that the existing status quo will be maintained.”

The escalation caused the displacement of more than 400,000 people between April and October 2019. By March 2020, these numbers had increased to more than 1.3 million.

On March 3, Ankara and Moscow agreed to a cease-fire in northwestern Syria, and the two sides began conducting joint patrols March 15. The Russian-Turkish patrols are conducted on the M4 highway that connects the city of Aleppo in northern Syria to Latakia, which is located on the Syrian coast in the west. This highway is of high priority for the Syrian regime and its allies, as it is a vital route between two major cities controlled by the regime.

Firas Faham, a researcher at the Jusoor Center for Studies and Development, an independent institution based in Istanbul focusing on Syrian political and social affairs, told Al-Monitor, “The joint patrols stopped the military escalation that mainly targeted residential areas with airstrikes and exacerbated the humanitarian situation by causing large waves of violence and displacement toward the Turkish border. The patrols led to a gradual decrease in violence.”

Naji Mustafa, spokesperson for the opposition-affiliated National Liberation Front, told Al-Monitor, “We have witnessed violations committed by the Syrian regime forces since the start of the cease-fire agreement. [President Bashar] al-Assad’s militias and the Russian forces failed to respect the cease-fire, and the violations were accompanied by attempts to advance on several axes, such as trying to advance on the axis of Haddadah in Jabal al-Akrad, and the villages of Deir Sunbul, Benin, Horsh Benin, Fatira and Fleifel.”

Mustafa noted, “The cease-fire decreased the frequency of bombing and the bombing stopped targeting civilians, save for the violations committed by sectarian gangs and militias. The only benefit was the reduction in the suffering of our people because Assad decreased his targeting of hospitals, markets and villages.”

However, as attacks and shelling have continued, the joint patrols have drawn criticism from various residents and groups in the region.

Adnan al-Imam, a media activist working in the city of Idlib and its countryside, is closely following the events in this area. He told Al-Monitor, “I see a wide rejection of the joint patrols in the liberated areas, especially in the areas of Jabal al-Zawiya, Jabal al-Arbaeen and Jabal Shahshabo, among others. The M4 road witnessed several protests against these patrols.”

Some residents protested the Russian-Turkish patrols, which they believe did not stop the regime’s attacks, and the sporadic ones — including bombings — by unknown groups repeatedly targeted the patrols. As a result, the joint patrols stopped at the end of March only to resume on July 22. But during this interim period, the area also witnessed a sit-in organized by a group of youths on the M4 highway in the eastern Idlib regions, forcing the Russian units to withdraw toward the Tarnaba area in southeast Idlib.

The joint patrols faced many challenges, the last of which took place Aug. 25, when a Russian convoy was damaged in an explosion that left two Russian servicemen injured. On Aug. 18, a joint patrol was also attacked by an unknown group.

On the ground, the balance of power appears to be tilted toward the regime. The Jusoor Center published a map of the distribution of power in January 2019, showing that the Syrian regime controls 60.3% of Syria. In the latest update of this map published in May, the Syrian regime controlled 63.38% of the territory after taking complete control of the northern Hama countryside and several areas of the southern Idlib countryside, including Maarat al-Numan.

This is evidence that the agreements and patrols did not prevent the Syrian regime from advancing in northwestern Syria. It may mean that the regime itself was not the main target of the patrols — rather they were to prevent any clashes between Turkish and Russian troops.

Faham said, “We can say that the joint patrols are a preliminary step to de-escalate and avoid direct clashes between the Turkish army, which has extensively spread in northwestern Syria, and the Russian-backed forces. However, the joint patrols up until now are subject to obstacles, including being targeted by armed groups.”

After the Aug. 18 attack on the patrol, Russian Foreign Ministry spokeswoman Maria Zakharova said Russia suspended joint patrols with Turkish forces on the M4 highway due to “armed provocations.” But the patrols resumed Aug. 25, only to be targeted once again.

Mustafa said, “We always notice that Russia invokes arguments and lies, using propaganda and misleading information whereby the revolutionary factions are provoking patrols. The Syrian regime often launches airstrikes on areas close to the M4 highway. This is why the Russian side is trying to bypass the agreement despite the Turkish and revolutionary factions’ commitment to it. We only respond to violations, and we are entitled to do so.”

So far, there is no consistency in the performance of the joint patrols, the last of which took place Aug. 25, and most people are not completely confident about the security situation.

Meanwhile, thousands of displaced in northwest Syria — who were forced to leave their homes in areas that the regime took control of in the past years, such as Homs, eastern Ghouta and some areas of Rif Dimashq — are now living under the grip of radical factions, namely Hayat Tahrir al-Sham (HTS), which restricts freedoms in the areas under its control. Most recently, on Aug. 17, HTS arrested the director of the Midwifery Institute in Idlib, Mustafa al-Jazi. The arrest came after Jazi’s institute organized an exhibition for the drawings of a student, where she depicts the situation in Idlib and the struggle of Syrian women and civilians in conflict areas. These messages may have angered HTS, which adopts more radical ideas. Jazi was released Aug. 22.