The Takeaway: Dermer on Iran nuclear deal: ‘We have been the guinea pigs in this failed experiment'

Israel’s ambassador to the US Ron Dermer describes a different approach to nuclear diplomacy with Iran; will Israel oppose US F-35 sale to UAE?; Turkey shuts off water to Syrian Kurds again; increased risks of escalation in Syria; two cool things from Gaza! 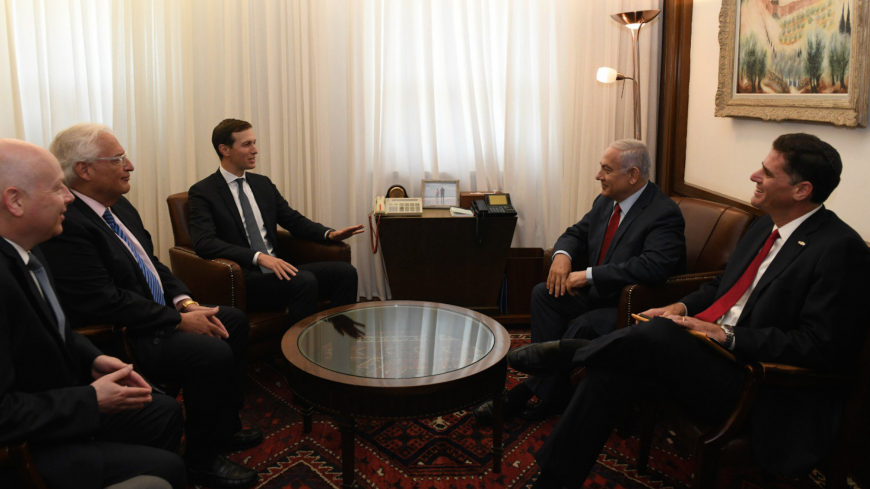 The Lead: Israel warns of 'back to the future' scenario on Iran nuclear deal

For Israel, the US presidential election in November comes down to Iran.

The election is otherwise in many ways is a win-win for Israel. Both US President Donald Trump and former Vice President Joe Biden have tried-and-true bona fides as friends of the Jewish state.

But Iran is top of mind for Prime Minister Benjamin Netanyahu and his team. If Biden wins, Israel does not want a replay of what it considers the fatal flaws that underpinned the Iran nuclear deal, or the Joint Comprehensive Plan of Action (JCPOA), negotiated by the Obama administration. The Democratic Party’s foreign policy platform advocates a return to the JCPOA as a kind of baseline for renewed negotiations with Iran.

“We have been the guinea pigs in this failed experiment,” Israel’s Ambassador to the United States Ron Dermer told me in an Al-Monitor podcast this week.

Israeli Prime Minister Benjamin Netanyahu vigorously opposed the JCPOA. The Israeli government has welcomed the Trump administration’s repudiation of the Iran deal and fully backs the “maximum pressure” campaign on Iran, which has replaced the Iran nuclear deal as US policy.

‘We’re there.’ Dermer, who is considered to be Netanyahu’s closest foreign policy adviser, appealed to the next US administration, whether it be a second Trump term or a Biden first, to listen to its regional allies and partners Israel, the United Arab Emirates and Saudi Arabia — all of which opposed the JCPOA — before embarking on any future deal with Iran.

The Obama administration’s failure to win regional buy-in for the JCPOA was a mistake, Dermer explained.

“We’re there,” said Dermer, who pointed to the role that Japan and South Korea have played in framing the regional context for discussions with North Korea as an alternative, multilateral and more effective approach.

A new deal:  Dermer said Israel won’t rule out any nuclear deal with Iran.  “Israel would support something that actually dismantles Iran’s nuclear capability,” Dermer said, “even though the price of doing that may be the removal of sanctions.”

An Iran deal that Israel could support includes removal of centrifuges, essential to making weapons-grade fissile material; an end to all uranium enrichment; and shutting down all heavy water facilities, which can be used in a weapons program. The path to such a deal, said Dermer, involves both sanctions and a credible military threat – which has been the Trump Administration’s approach.

Listen:  Listen to my full podcast interview here with Amb. Dermer about Iran, the Israel-UAE agreement, negotiations with the Palestinians, and more.

Israel-UAE: Will Israel oppose sale of fighter aircraft to UAE, or find a workaround?

‘Not one screw.’  Israel Settlement Affairs Minister Tzachi Hanegbi, a close Netanyahu ally, said this week that Israel opposes the sale of “even one screw” of the F-35 fighter jet to any country in the region, including its newest Mideast diplomatic partner, the United Arab Emirates.

‘A legal obligation.’  The United States committed to maintaining Israel’s qualitative military edge in the region after the 1973 war, when Egypt led several Arab counties in an attack on Israel. This is a “legal obligation,” Dermer explained, that both allows Israel to stay safe and make peace with former rivals such as Egypt, Jordan and now the UAE.

Not part of UAE deal:  Netanyahu emphasized during a presser with US Secretary of State Mike Pompeo that an Israeli “OK” was not part of discussions on the US F-35 sale to the UAE. "I have to say simply that this deal did not include Israel’s acceptance of any arms deal and I don’t know of any arms deal that has been agreed upon,” he said Aug. 24. “It may be contemplated; our position hasn’t changed” in opposing such arms sales.

Our take.  Netanyahu got dinged by some hard-line constituents for suspending annexation in return for the UAE deal. The suspicion that he may have agreed to an F-35 sale adds kindling to the fire. In the end, however, the call is Washington’s, not Jerusalem’s. And Israel may be banking on some kind of quiet workaround so all sides can save some face. “I am confident that there will be a way for these things to be worked out so that Israel’s qualitative military edge will be maintained,” Dermer told me.

Read more:  Rina Bassist reports here on the stir in Israel over the proposed F-35 sale, and Ron Dermer and I get into it as well in our podcast conversation.

More misery in northeastern Syria, which is already dealing with the Turkish occupation, the risk of escalation among the various parties in the region (see below), a mostly nonexistent economy and COVID-19.

Amberin Zaman reports that: “Some 89 civil society organizations noted in a statement published today that Turkey and its Sunni rebel proxies had once again cut off the supply of water from the Alok pumping station near Ras al-Ain on Aug. 13. The station provides drinking water for around 800,000 residents and is also the main source of water for tankers supplying potable water to tens of thousands of internally displaced Syrians and Islamic State prisoners and their families. It was the eighth such stoppage since Turkey invaded Ras al-Ain in the wake of its military assault against US-backed Kurdish forces controlling the area in October 2019. Alok was rendered inoperable during the Turkish invasion and service has been only partially restored.”

You can read Amberin’s article here.

With eyes on Idlib, where a Russian-backed Syrian assault against armed groups may be imminent, the risks of escalation are perhaps equally and dangerously high in the east, over 200 miles away. US and Syrian troops have skirmished, leading to the death of a Syrian soldier.

US, Russian, Syrian, Turkish, Iranian, Kurdish and Syrian opposition forces operate in the east in a network of murky and conflicting partnerships and alliances, with lots of bad blood to go around. And we haven’t even mentioned Islamic State dead-enders and terrorists.

All this is giving pause to Russian leaders regarding their next moves in Syria.

Russia “has found itself in a very risky position in the so-called trans-Euphrates region,” reports Kirill Semenov. “Moscow does not have the necessary leverage on the Syrian regime to prevent Syrian provocations against the Americans, nor does it have sufficient forces to carry out effective military operations. The region in question is the left bank of the Euphrates River, which Russian and Syrian troops entered last fall on the basis of an agreement with the Syrian Democratic Forces in order to prevent the advance of Turkish troops during Operation Peace Spring.”

Read Kirill’s article here about Moscow’s concerns about the risks of escalation in the east.

Two articles from Gaza this week which reflect the resilience of the people there living under incredible hardship. 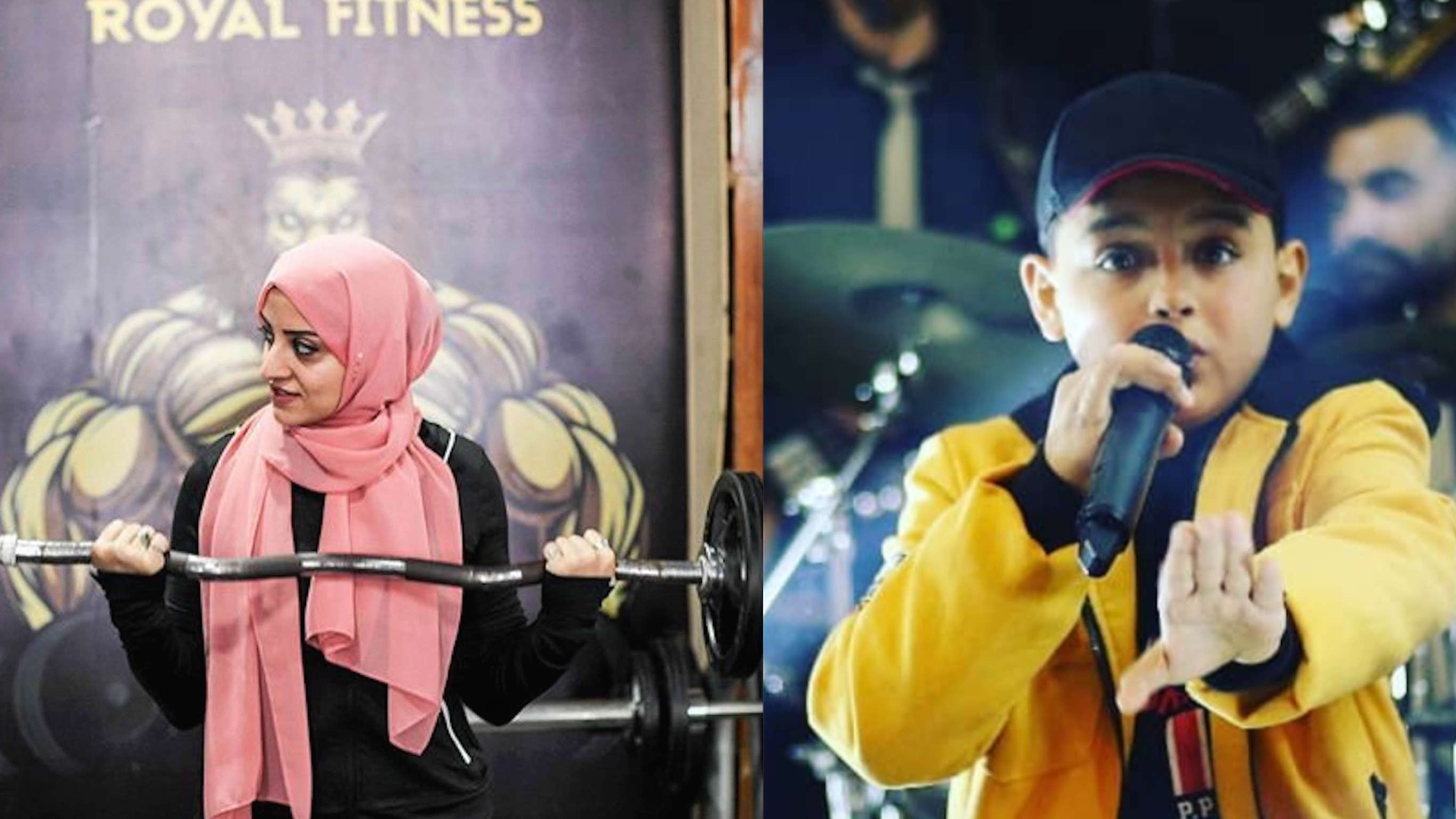 Abdel Rahman Salih al-Shanti is an 11-year-old who raps about life in Gaza.  You can check out his Instagram page here, and read the article by Taghreed Ali here.

Shireene el-Aila, is the first female bodybuilding trainer in the Gaza Strip. Taghreed has the story here.