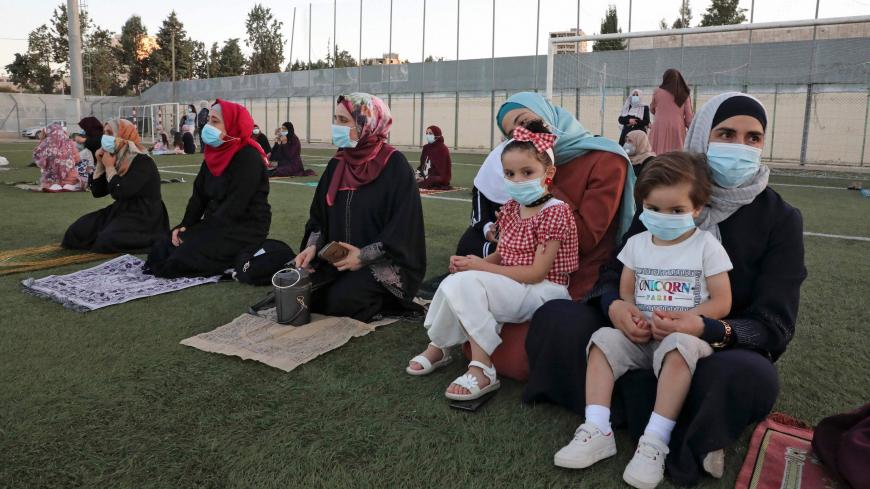 Palestinian Muslim worshippers pray at the municipal stadium in the village of Dura on the first day of Eid al-Adha, July 31, 2020. - HAZEM BADER/AFP via Getty Images

Israel's coronavirus czar Ronni Gamzu apologized Aug. 16 for remarks he made earlier in the day, likening the behavior of Arab-Israelis during the pandemic to a "terror attack." Gamzu had accused the Arab community of acting irresponsibly, stating, “The Arab community has committed in the past fortnight, since Eid al-Adha, almost a terror attack, with hundreds of sick people. Gatherings, parties, celebrations, complacency, indifference — the feeling that the coronavirus can’t hurt them."

An apology statement issued by his office read, "Gamzu wishes to clarify that what he meant by the term 'terror attack' was in the context of the virus and its morbidity and not the Arab community." Gamzu categorically rejected claims the Health Ministry's policies toward the Arab community during the crisis have been racist. "I received a phone call from [the Druze village of] Yarka a week ago. They described to me what was happening there and said, 'Come in, restrict, people here are sick. Why don't you impose a closure on Yarka.’ … You call that racism?"

Gamzu was referring to the recent rise in infections registered in Yarka, in the north of Israel. On Aug. 14, the Health Ministry advised the public to avoid going there. Currently, 274 residents of Yarka are confirmed infected, out of a population of some 17,000. Still, no lockdown has been imposed on the town.

Gamzu’s remarks generated great anger among the Arab-Israeli public. Joint List head Ayman Odeh called on Gamzu to work with the Arab community and not against it. “It is a pity that while the Arab doctors are at the forefront of the struggle against the coronavirus, [Gamzu] comes out with a statement that harms an entire society. Instead of such unfortunate statements, I invite him to work together to defeat the pandemic,” said Odeh.

An Aug. 2 report by Israel’s Calcalist newspaper presented rather positive coronavirus news concerning Arab towns. According to the report, which cites data obtained from the Health Ministry, the number of people infected in Arab localities was rather low. Of Israel’s population, 15.36% resides in Arab town and villages, yet at the beginning of August the number of confirmed cases among Arab-Israelis represented 8.93% of all Israel's infections. The report noted that in Jewish towns and villages, the rate of confirmed cases is more or less constant. According to the report, the ultra-Orthodox towns show the highest rates, with 20.5% of people infected. Only 6% of Israel’s population lives in these areas.