Israeli Arabs left to rely on 'self-help' for coronavirus testing

The discrepancy in the Israel government's approach to coronavirus testing in Jewish and Arab communities has put the burden on Arab Knesset members and local Arab authorities to organize to try to keep infections under control in Arab towns and villages. 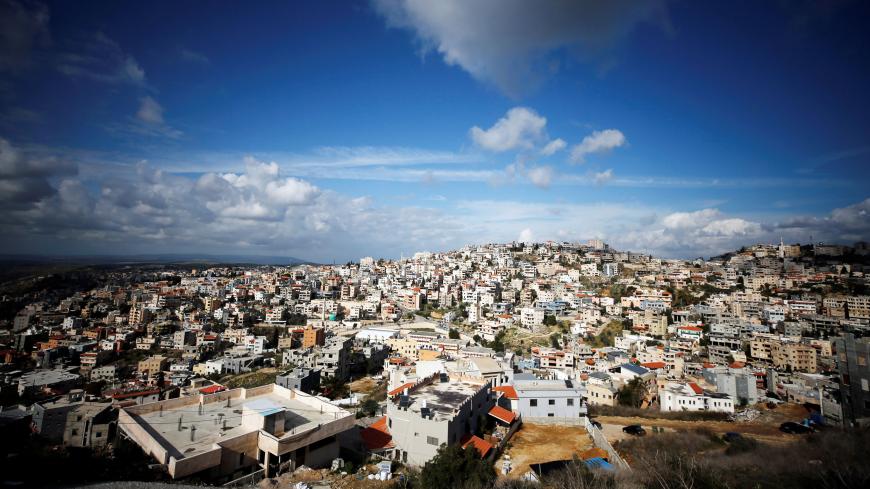 A general view of the Arab Israeli city of Umm al-Fahm in the foreground and Wadi Ara in the background, Israel, Jan. 30, 2020. - REUTERS/Ammar Awad

Leaders of the Arab community in Israel, including Knesset members from the Joint List, claim that Arab citizens face discrimination in testing for the novel coronavirus. Figures released by the Ministry of Health show that the number of people infected with the virus among the Israeli Arab population is significantly lower that that among the Jewish population. Out of almost 9,000 cases in Israel on April 7, about 200 are in predominantly Arab localities.

This is a surprising figure, given that Arab citizens constitute 20% of Israel’s total population. The highest concentration of confirmed Arab cases, 19, is in Umm al-Fahm, followed by Tamra, in the north, with 15 infections. Nevertheless, the number of tests allocated for Arab towns and villages is disturbingly lower than for Jewish areas. Speaking about testing, Knesset member Yousef Jabareen (Joint List), a resident of Umm al-Fahm, told Al-Monitor, “It is incredible that as Knesset members, we had to pressure the Health Ministry to get what any Jewish citizen can take for granted in Israel.”

According to Jabareen, it took enormous effort and pressure by Joint List leaders and the heads of Arab local authorities to set up two drive-thru testing facilities, at Wadi Ara, in the north, and in Arara, in the south. The two stations helped increase the number of tests performed in Arab communities to around 10,000, he estimated.

“This national blindness, which hurts everyone, clearly revealed the dearth of Arab representation at the professional decision-making level,” said Jabareen. He further remarked that there is no professional Arab team that works with the Ministry of Health to advise it or provide an up-to-date picture of the Arab community and its needs. Magen David Adom, for instance, doesn’t even have an Arabic-language copy of the questionnaire required to conduct coronavirus testing. So far, finding solutions to such problems has been driven by local organizing.

“When you feel like the system is not only estranging but alienating too, Israeli Arab citizens realize that there is no one that they can rely on, so they create independent self-help systems,” Jabareen said. According to him, the High Follow-Up Committee for Arab Citizens of Israel, the heads of Arab local authorities, and Knesset members from the Joint List moved to create emergency teams and a control center of sorts to work in conjunction with neighborhood committees. “[These teams will] follow the processes, issue warnings, and relay messages and data,” he explained. “Every Arab citizen realizes that in situations like these, they need to take more personal responsibility, so that they do not depend entirely on the authorities.”

In an April 6 interview with Channel 12, Tira Mayor Mamoun Abd al-Hay, said that it is impossible to know how many people are actually infected in Arab society. “There are lots of people in the Arab public who want to take the test, but can’t,” he asserted. “The restrictions are very tough. We need to increase the number of tests in order to discover what is really happening with our residents.”

The most serious instances of neglect and discrimination can be found in the Bedouin settlements in the south. Adham Amarna, a resident of the Bedouin village of Segev Shalom, told Al-Monitor that residents, especially in unrecognized settlements, feel like they are not citizens.

“The state ignores us entirely,” Shalom said. “There is no available information, nor are there medical stations or tests. If someone shows any symptoms of the coronavirus, that person doesn’t have anywhere to turn.” According to him, the testing station set up in Arara provides only limited services, and people need permission to be tested. “We have no idea how many cases there are, what the infection rate is or even what to do to protect [ourselves],” he said.

While Prime Minister Benjamin Netanyahu and the Ministries of Health, Internal Security and Defense are approaching the effort to stop the spread of the virus in Jewish localities as if preparing for war, they have abandoned Arab towns and villages, relegating them to the bottom of the list when it comes to national preparedness priorities. Were it not for the intervention and pressure of the Joint List members and the heads of the Arab local authorities, it is doubtful whether the little that has been done would have been done at all. “It’s frustrating and depressing,” said Amarna. “Even when there is a pandemic, and lives are in danger, your country tells you that you don’t have the same right to life.”

Despite the discrimination faced by Arab localities, it is believed that the number of people infected there is indeed considerably lower than in the Jewish community. Some confirmation of this can be gleaned from the statistic that as of April 7, among the 65 Israelis who had died of COVID-19, not one of them was from an Arab town or village. Similarly, not one of them is hospitalized or on a ventilator, and therefore considered to be in critical condition. A possible explanation for the wide gap in numbers could be that the Purim festivities in Jewish communities on April 9 served as a prime accelerator of infections. Another possible factor is that the number of people traveling overseas, and potentially bringing the virus back to Israel, is lower among the Arab population than among the Jewish population.

After the outbreak of the coronavirus in Israel, and given that the number of people infected is rapidly approaching 10,000, two disturbing factors must be taken into consideration. The first is that Arab citizens come into contact with the Jewish population on a daily basis. The second is that many of the medical professionals operating in Israeli hospitals are Arab.

“One-fifth of all doctors are Arab,” said Jabareen. “One-quarter of all nurses are Arabs, and half of all pharmacists live in Arab localities, not to mention the significant percentage of hospital administrators. Our greatest fear is that they are on the front line every day, and then they come home, where they can transmit the virus.” According to Jabareen, there has been an increase in the number of nurses infected with the coronavirus, apparently at their workplaces — hospitals.

Given that Arab towns and villages contribute such a large number of medical and pre-med professionals to the country’s hospitals, even if the country doesn’t grant them priority, it should at least exert the same effort for them and provide them the same means to block the spread of the plague as it does Jewish communities. It is actually in Israel’s own interest to do so. Doctors, nurses and pharmacists, not to mention hospital aides, are all necessary and valuable these days. If they and their families are infected, the pandemic will get out of control in Arab communities, and the Israeli health system will lose a significant part of its most loyal “soldiers.”