The heads of Arab Israeli localities are leading a strike in protest of their communities receiving a tiny share of state compensation for losses due to the novel coronavirus. 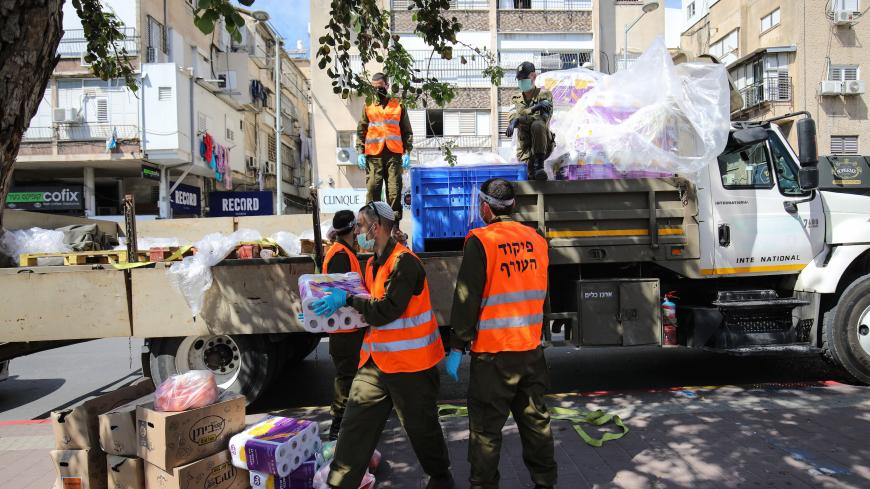 Arab Israeli local councils began a one-day strike this morning against the government's failure to allocate enough funds to compensate for their losses due to the novel coronavirus crisis. A committee of Arab Israeli council heads condemned the government's distribution of compensation to local governance for the loss of property tax payments from business owners who were forced to their close doors by coronavirus restrictions. They say that the compensation was distributed disproportionately, discriminating against the Arab localities.

Last week, the Arab council heads sent a letter to Prime Minister Benjamin Netanyahu, warning that unemployment among Arab Israelis has surpassed 40% as businesses close down one after another. The letter also states that the Arab municipalities received only 47 million shekels ($13 million), less than 2% of the total compensation funds for Israeli localities, for a public that constitutes about 20% of the country’s population.

On May 4, Arab leaders and Knesset members demonstrated in front of the Finance Ministry, demanding increased compensation. Joint List Knesset member Yousef Jabareen tweeted, "Together with dozens of heads of Arab local councils we are standing in front of the Ministry of Finance — an outcry by Arab society over criminal neglect that will lead to collapse."

The Knesset’s Finance Committee convened on May 4 for a special discussion on the issue, but no miracle solutions were presented. Joint List Knesset member Ahmad Tibi, who led the meeting, said that Arab councils have been punished twice over, explaining that the state has neglected these towns and villages for years and avoided developing industrial and commercial zones within their boundaries. Thus, unemployment is currently at an all-time high. And now the pandemic compensation is being allotted mainly to the localities with industrial zones — Jewish localities.

The heads of Arab localities are warning of an imminent collapse, with no funding to collect trash, clean the streets or maintain school buildings. The last is an especially acute and sensitive problem in the week the government has decided to reopen schools. Dozens of (Jewish) mayors warned on May 3 that they will not reopen schools in their towns, citing unclear instructions and gaps in health measures.

On April 29, the committee of Arab council heads had already decided not to reopen schools in their towns and villages, fearing a spike in the virus. Parent groups in the Arab towns of Tira and Umm al-Fahm said that in view of high infection rates among the Arab public, they would not send their children back to school until the end of Ramadan on May 24.

The Israeli press paid little attention this morning to the Arab councils’ strike, focusing instead on High Court debates and the fate of Netanyahu’s unity deal. With more dramatic developments expected in the political arena in the coming 48 hours, this sidelining is not about to change.