The Israeli central government and mayors of Arab Israeli municipalities are working together on plans to contain the novel coronavirus ahead of the Ramadan festivities. 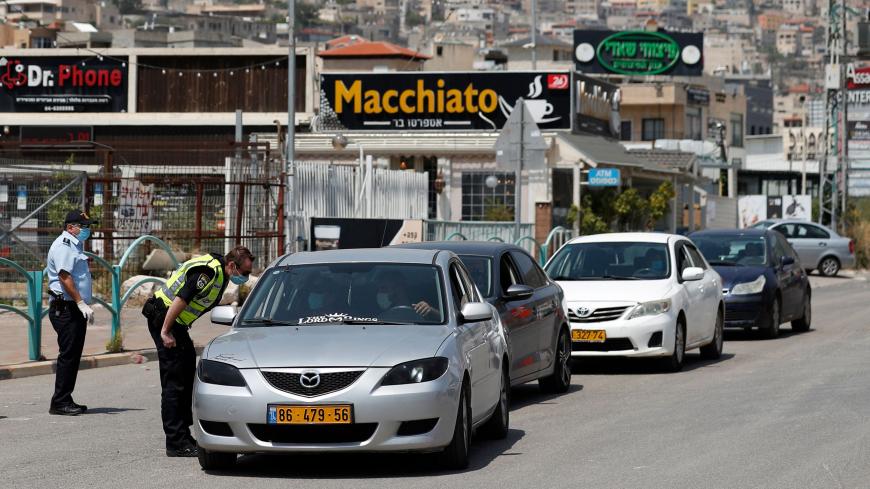 For almost a week, the prime minister’s office has been planning for a return to normalcy in Israel, and the plan is expected to be formalized at a cabinet meeting on April 18. At that time, the government is expected to make an official decision to reactivate the Israeli economy gradually, in stages. However, the plans could change as two upcoming events play out. This first is Israeli Independence Day on April 28. Traditionally, Israelis celebrate the date with gala events in the cities and picnics in the countryside. This year, the same closure and curfew policies in place over Passover will be enforced.

The second major event is the Muslim month of Ramadan, which begins April 23. The holiest month in the Islamic calendar is celebrated with special prayers in mosques and the evening iftar meal to break each day of fasting. Unlike the Jewish holiday, which lasts just one day, Ramadan is a month-long event, and therefore poses more complicated challenges.

Over the last few days, there has been a worrying rise in the number of cases among the Arab sector, particularly in two hotspots: the towns of Deir al-Asad in the Galilee and Umm al-Fahm in the Triangle region. An investigation by the Ministry of Health had found that the outbreak in Deir al-Asad seems to be related to a kosher food supervisor who visited a large poultry processing plant in the town. One solution now under investigation is imposing a curfew on the village and isolating any infected cases in a hotel up north. In Umm al-Fahm, the municipality stated that it did everything it could to prevent the spread of the virus, but “the results aren’t encouraging.” As of April 16, the number of confirmed cases in the village is 55.

Knesset member Yousef Jabareen, who lives in Umm al-Fahm, has long been warning about a dearth of testing among the Arab population. In a conversation with Al-Monitor, he noted that while testing facilities serving the Jewish population have already received 210,000 tests, those serving the Arab sector, which makes up 21% of the population, received about 20,000. He worries that this discrepancy will have serious consequences. As a result, he contends that great care should be taken in preparing for Ramadan by civilians and the authorities alike.

The Ministry of Health and the Homefront Command describe Ramadan internally as “Passover x30” and have given it the codename “Nights of Ramadan.” Their exotically named operation will involve more than just strict enforcement measures, with tight cooperation between the IDF, the Arab local authorities and Knesset members from the Joint List.

A possible complete military and police closure on Arab towns and villages along with several other strict measures make this operation quite different from what took place among the Jewish population during the week-long festival of Passover. If necessary, it will be much more difficult to enforce for as long as 30 days.

As a first step, a “war room” has been set up in the Arab village of Shfaram. Meetings take place there daily between the Committee of Arab Mayors and Ayman Sayyaf, head of the Coronavirus Directorate for the Arab population in the Interior Ministry. One major decision that has already been made is to foster cooperation between the Arab mayors and heads of local councils and the IDF’s Homefront Command.

It is no exaggeration to say that this is a historic case of cooperation between the IDF and Arab society. Before any step is taken, the chief of the Homefront Command consults with the local authorities. The Homefront Command has recruited about 80 reservists, all of them Arab speakers, to coordinate the distribution of 200,000 food packages to needy families for Ramadan. In addition to this work on the ground, the Homefront Command has also created a website with comprehensive information delivered by Arab celebrities. There are animated videos to explain to children why Ramadan is being celebrated at home this year, instead of with extended family. Surprisingly, the videos went viral even from a Facebook page with IDF and Homefront Command logos on it. In this war against a common enemy, things that once seemed impossible have become routine.

“We have already come to an understanding that this is war, in every sense of the term, against an enemy that does not distinguish between Jews and Arabs,” Homeland Command's commander for Israel's non-Jewish population, Col. Shams Abu-Faras (res.), told Ynet in an interview. He said that the biggest problem is the response of the younger generation of Arab Israelis. A great deal of care must be taken with any information targeting them. And since it is especially difficult to change habits revolving around a family holiday, the focus will be on religious messages derived from Islam that speak of reciprocity and mutual responsibility, highlighting Ramadan as a month of tolerance and understanding.

As for the prayer services, which begin at sunrise, the Homefront Command says that the Committee of Arab Mayors asked the imams to issue a fatwa allowing the main prayers to take place in the home. Loudspeakers in the mosques used for the call to prayer will be made louder throughout the 30 days of Ramadan.

To enforce a curfew or closure in Arab localities during Ramadan, national service volunteers who have been working with the local authorities since the start of the pandemic will be brought into the towns to help enforce restrictions and explain to the need to prevent infection.

The majority of Arab Israelis are not drafted into the IDF. For years, Israel’s national service authorities have made concerted efforts to recruit young Arab men and women to volunteer where needed, such as hospitals, schools and daycare centers for the elderly, as well as to work with impoverished families and children with disabilities. To date, there has been very little interest among the Arab population. Tensions between the Arab and Jewish populations have been high, especially during the Netanyahu years. Incitement against the Arab population has always been an obstacle. Remarkably, this global pandemic has been able to do what years of intense efforts by groups dreaming of Arab-Jewish cooperation have never been able to achieve.

There are two more issues that will need to be handled on the basis of how the disease progresses and the rate of infection among the Arab community.

The first involves the possibility of a serious outbreak among the Arab population during Ramadan. If this happens, decisions will have to be made about how soldiers and police will enforce the closure, and whether it will be imposed selectively on certain villages or on the entire Arab population. So far the plan is to look at each case and every locality individually. If it is necessary to bring large forces into an infected town or village, it will be preceded by an information campaign letting the residents know the exact steps that will be taken. Only then will uniformed forces be brought in, accompanied by Arab volunteers who will distribute holiday gifts in addition to helping enforce the restrictions.

The second issue would also require a creative solution. Current plans foresee major restrictions being lifted in Jewish towns and villages in May. But these restrictions will not be lifted in Arab towns before Ramadan concludes with the feast of Eid al-Fitr. The decision will be informed by what happens when the restrictions are lifted among the Jewish population and the scope of the outbreak among the Arab community is seen.