Previous Iraqi governments' failure to solve the electricity crisis was one of the reasons for the popular protests. 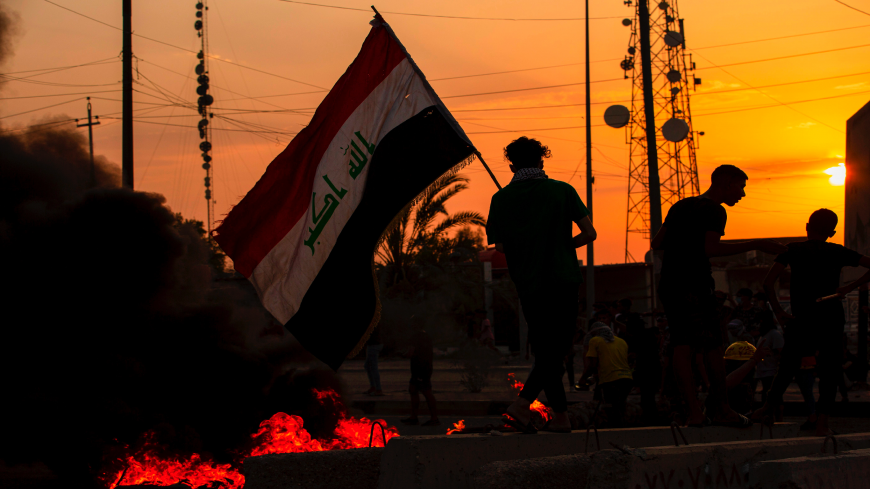 A demonstrator waves the national flag during a protest in the southern city of Basra on July 14, 2020, as they block the road to denounce the lack of electricity and services. - Photo by HUSSEIN FALEH/AFP via Getty Images

BAGHDAD — The heat wave in Iraq has raised the ire of citizens in the central and southern areas, pushing many to take to the streets once again. The popular protests in the squares had settled down due to the coronavirus pandemic, but the searing hot weather and declining hours of electricity supply have forced the new government to once again face the protesters.

Mustafa al-Kadhimi’s government was only formed less than three months ago and is now in the middle of the process of activating electricity interconnection agreements with Gulf countries and speeding up the cooperation agreement with Germany's Siemens AG.

Although he inherited a mess, and is taking action to fix it, there is no quick fix and the political blocs opposed to Kadhimi have tried to harness the protests to undermine his government and drag it into a bloody confrontation with the protesters, especially in Baghdad, Dhi Qar and Basra.

Clashes between protesters and security forces have resulted in three deaths and 21 injuries, according to the Iraqi Human Rights Commission.

Kadhimi has responded by reaching out to protesters and opening an investigation into the incidents that took place in Tahrir Square in Baghdad at the end of last month and referred the security officers accused of killing the protesters to Iraq's judiciary, stressing that he did not issue any orders to shoot.

Speaking about the electricity crisis, he noted during a televised interview broadcast by the government platforms on social media that “it is not fair to ask a government, which has only been effective for two months, to pay for all the theft committed by previous groups and governments.”

He added, “I support the people’s demands to hold accountable those responsible for their suffering. I am waiting for the results of the parliament committee set up to investigate all the failures in the electricity file. I call on the legislative authority to expedite the submission of its report so we can add it to our investigations and present this file before the Iraqi people and the judiciary.”

On July 11, the Iraqi parliament formed a committee headed by the first deputy speaker, Hassan al-Kaabi. It included the heads of the Commission of Integrity and the Financial Supervision Bureau, and four representative committees, which are Integrity, Services and Reconstruction, Economy and Investment, and Oil and Energy.

The committee’s mission is to investigate the contracts of the Ministry of Electricity between 2006 and 2020, but it did not announce when the investigation will end. Additionally, there are accusations claiming that previous governments have wasted over $60 billion on electrical energy without any satisfying results and deliberately building “thermal” generating stations that operate on gas while Iraq does not produce gas. Rather, it burns gas during oil extraction operations, which necessitated importing gas from Iran over the past years.

Member of the parliamentary investigation committee Saadoun al-Lami told Al-Monitor, “The committee is in the process of presenting the corruption files in the Ministry of Electricity to the relevant technical authorities for scrutiny. We will then submit the final report to the parliament speaker.” Lami noted, “But we have not yet received all contracts, tenders, agreements and protocols that we had requested from the Ministry of Electricity, and we fear other ministries could be involved in this file.”

Ahmed al-Abadi, spokesperson for the Ministry of Electricity, told Al-Monitor, “The electrical interconnection project with the Kingdom of Saudi Arabia has reached advanced stages that may be completed within a few months from Iraq's side. We are waiting for Riyadh to complete the work on Saudi soil and reach the Iraqi border.”

Abadi added, “The first connection line with Saudi Arabia will be toward Basra and will supply it with about 500 megawatts, and the second to Samawah governorate, with about 300 megawatts, which will reduce the hours of power cuts and reduce the pressure on Iraqi generation stations.”

The United States is behind Iraqi-Saudi agreement. On July 17, the Iraqi Foreign Ministry said in a statement that representatives of the three parties — Baghdad, Washington and Riyadh — held a videoconference to discuss the issue. The joint statement indicated that the project will provide electrical energy to citizens and support economic development in Iraq, especially in the southern governorates.

However, it seems like it will be challenging for the current government to complete electrical projects during a record period and be able to satisfy the citizens protesting against deteriorating services.

According to Iraqi parliament member Mohamed Sahib al-Daraji, there is an “Iranian and internal decision to keep the electricity crisis ongoing.” In an interview with the Iraqi Al-Taghyir channel on July 26, Daraji noted, “If electricity is available, the national industry will rise because we will not need to import materials from abroad; we would be producing instead. Work has been suspended in 45 factories in Iraq due to the lack of electricity and product protection.”

Iraq imports from Iran food products and consumer goods in addition to the electric energy and gas needed to operate Iraqi power stations. But Iran is suffering under international sanctions and, thus, finds in Iraq an outlet to address its economic and political crises on Iraqi soil.

Meanwhile, Iraqi political parties close to Tehran are trying to show support for the popular protests against which they stood during resigned Prime Minister Adil Abdul-Mahdi's term, describing them as “sabotage movements” and “agents for the West.”

Kadhimi, for his part, is seeking to do what previous governments have not done to address Iraq's electricity crisis via the US-backed deal with Saudi Arabia, easing tensions with Iran, the upcoming second round of the strategic dialogue with the United States, and engaging and listening to protesters about their demands.

His political opponents, however, offer few solutions to Iraq's troubles, and seek instead to saddle the prime minister with the crises he inherited from previous governments. 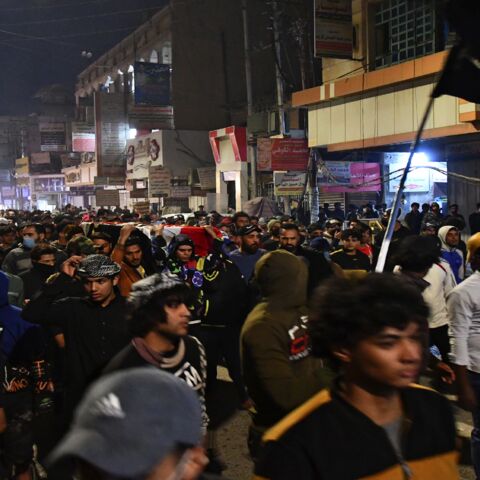 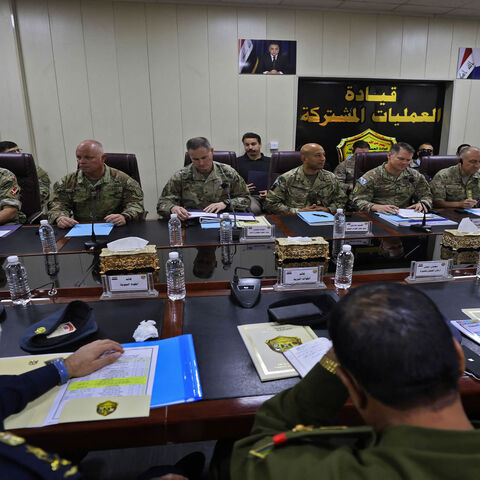 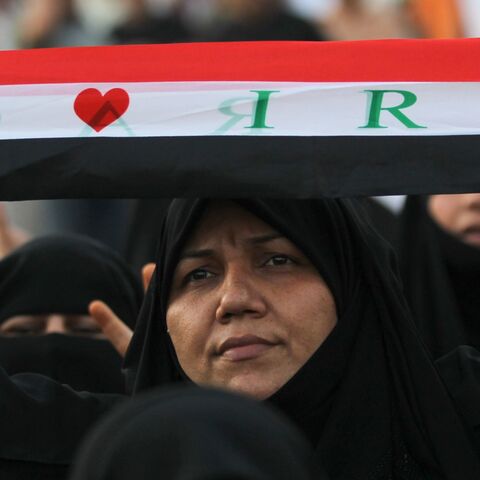