A meeting between the leaders discussed economic cooperation and joint security efforts. 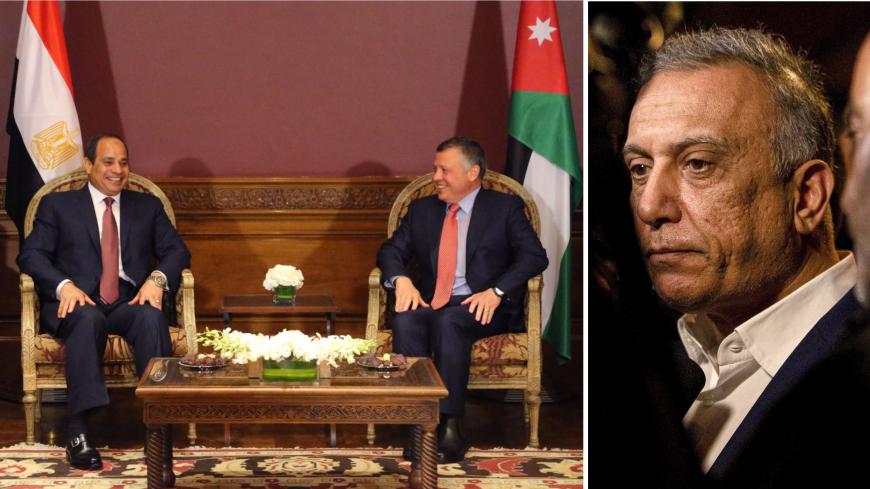 A one-day summit in Amman, Jordan, on Aug. 25 between Iraq, Jordan and Egypt discussed further economic cooperation and joint security efforts as the countries face growing attacks by extremist groups and economies battered by the coronavirus pandemic.

“The region does not need wars, but real stability,” Kadhimi told the gathered leaders and delegates.

The summit was the third such event between the countries since a March 2019 meeting in Cairo. Previous meetings have largely focused on trade, infrastructure and security against extremist groups.

The meeting in Amman was also the first for Kadhimi, who was appointed Iraq's prime minister in April.

Iraq has presented a different representative at each of the three summits. Prime Minister Adel Abdel Mahdi represented the country in March 2019 and spoke of the importance of combating terrorism in all its forms. The meeting came shortly after attacks on two mosques in Christchurch, New Zealand.

President Barham Salih attended the September 2019 meeting in New York, where leaders pledged their support for Iraq’s reconstruction efforts and the repatriation of internally displaced people to areas liberated from the Islamic State. The three leaders also asserted their support for the Palestinian cause and concluded by signing an agreement to counter all external interventions aimed at destablizing the Arab world.

Why it matters: The Aug. 25 meeting had a similar tone as leaders reemphasized the importance of the Palestinian cause and the king stressed that Jordan continues to call for a two-state solution.

The meeting came as security concerns grip Iraq’s city of Basra. A string of attacks against anti-corruption activists in the city forced Kadhimi to fire the Basra police chief and other security officials last week and led to federal investigations into the deaths.

Fears of the coronavirus also threatened to stall the summit. Kadhimi was accompanied to Amman by a delegation of Iraqi officials, including oil and trade ministers. But the summit was nearly postponed upon news that Iraq’s telecommunications minister had tested positive for the coronavirus.

The minister, Arkan al-Shaybani, and other officials were tested upon landing in Amman on Friday. The entire Iraq delegation was placed in confinement after Shaybani tested positive, according to a statement by Jordan’s information minister Amjad al-Adayla.

The summit still took place but the size of the delegations and meeting times were limited as a precautionary measure. Combined, the countries have over 310,000 confirmed cases of the virus and nearly 12,000 deaths.

Economic cooperation through the coronavirus pandemic was a talking point for the leaders. Jordan was the first country in the region to impose a strict lockdown to confront the pandemic; however the restrictions severely hampered the country’s economy, Most businesses reopened in June but employee wages were greatly reduced. Finance Minister Mohamad al-Ississ said the impact of the virus on the local economy was "profound.”

What’s next: The leaders assigned foreign ministers to set a future summit date and follow up on their working dialogue. And to raise economic cooperation, each country agreed to hold a business forum on the sidelines of the upcoming meeting involving trade and industry ministries.

Developments involving the Grand Ethiopian Renaissance Dam and water security for Egypt were an important part of the national security conversation. The king also stressed that food security will be the region’s biggest challenge in 2021.

Know more: The Al-Monitor staff reviews how a spike in the number of coronavirus cases led to an overnight curfew as Jordan braces for a second wave of the virus.