Intel: US engaging with Libya players for possible demilitarization of Sirte

US officials have discussed with foreign governments the possibility of establishing a demilitarized area in and around the Libyan city of Sirte, Washington’s Ambassador to Libya Richard Norland said Monday. 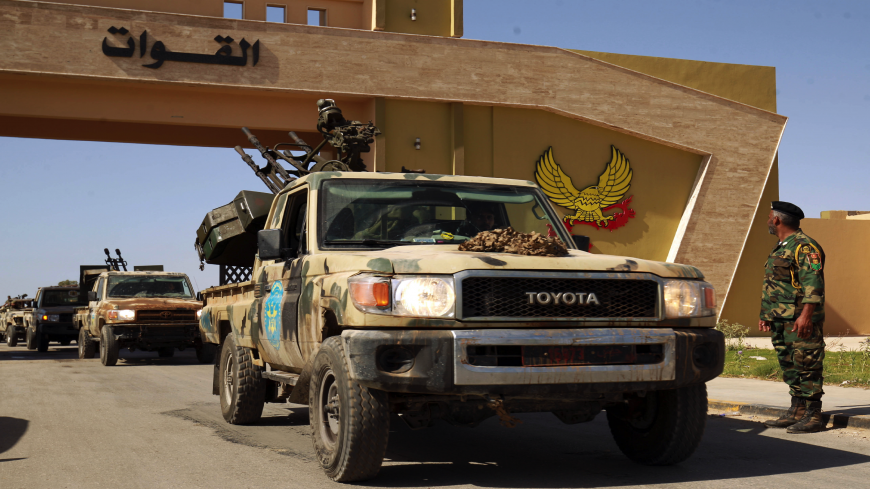 Members of the self-proclaimed eastern Libyan National Army (LNA) special forces gather in the city of Benghazi, on their way to reportedly back up fellow LNA fighters on the frontline west of the city of Sirte, facing forces loyal to the UN-recognised Government of National Accord (GNA), on June 18, 2020. - Photo by ABDULLAH DOMA/AFP via Getty Images

United States officials have discussed with foreign governments the possibility of establishing a demilitarized area in and around the Libyan city of Sirte, Washington’s Ambassador to Libya Richard Norland said Monday.

“One of the ideas we are suggesting is supporting some sort of a demilitarized solution around Sirte. We are not the only ones who suggested that, but if we can use our influence to do so, we would like very much to do that,” Norland told Cairo-based Ahram Online in an interview.

“The aim is to get forces to pull back, to find some sort of neutral security arrangement for the city itself and to avoid the risk of Sirte becoming a flashpoint for an expanded conflict,” Norland said.

Why it matters:  Norland’s comments add depth to reports last week that the Trump administration was engaging in “360-degree” diplomacy with all sides in Libya’s conflict to bring about a cease-fire.

The United States fears the Libyan civil war is on the cusp of developing into a major regional conflict driven by foreign powers.

The Tripoli-based Government of National Accord (GNA) is not backing off its threats to press the counteroffensive. Hifter’s foreign patrons have called for a cease-fire but have shown signs of readiness to use force in case the GNA refuses to negotiate — something the United States fears could plunge Libya further into war.

Egypt’s President Abdel Fattah al-Sisi has threatened to militarily intervene if the GNA advances on Sirte, a threat Turkey appears not to take seriously, but the United States does, according to Norland.

What’s next:  US officials may be eyeing a potential foot in the door with Cairo.

Egyptian officials told Norland during his trip to Cairo on Monday that Sisi does not want to see “any kind of military action either from the east or the west of Libya, and that Egypt opposes any kind of attack on Tripoli,” the American diplomat told Ahram Online.

If Cairo’s position is serious, it could offer the United States an opportunity for a coordinated push toward an enduring cease-fire, Norland suggested.

“Hearing those assurances from President Sisi — to the extent that growing confidence can be built around those assurances — I think it could have a very powerful impact on what happens next to stabilize the situation further,” the ambassador said.

Whether Egypt would accept a demilitarized Sirte remains to be seen. Spokespeople for the US State Department and for Egypt’s Foreign Ministry did not return Al-Monitor’s requests for comment by publication time.

Know more:  Fehim Tastekin explores why Hifter’s backers appear so dead-set on keeping Sirte, even at the risk of fighting Turkey.