Omar has been accused of anti-Semitism for her views on Israel, but easily won the Democratic primary election in her Minnesota district. 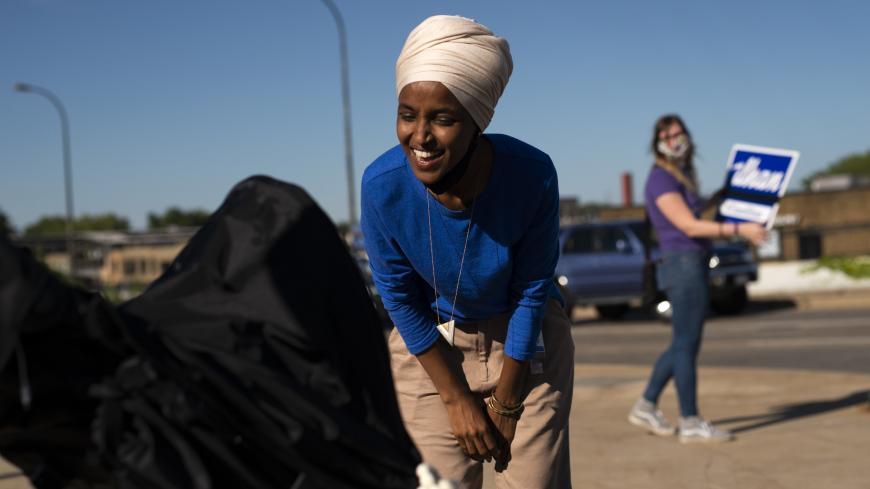 Omar is a vocal critic of the American Israel Public Affairs Committee (AIPAC) and many aspects of US-Israel relations. Some of her statements on Israel have proven controversial, such as when she said in 2019 that some people in US politics “push for allegiance to a foreign country” in reference to Israel. Many criticized the comments as anti-Semitic for implying American Jews may have dual loyalties.

Omar has also has supported the controversial anti-Israel boycott movement known as boycott, divestment and sanctions (BDS). On the other hand, she signed a May letter supported by AIPAC backing the Trump administration’s efforts to extend a UN weapons embargo on Iran.

Because of her views, many pro-Israel groups supported Melton-Meaux. He was endorsed by Pro-Israel America and given nearly $19,000 by the pro-Israel lobby NORPAC. But although he nearly matched Omar in fundraising, she won the primary by nearly 30,000 votes. She is expected to win the general election in the solidly Democratic Minneapolis-based district.

Omar, a Somali American who formerly served in the state legislature, was first elected to Congress in 2018.