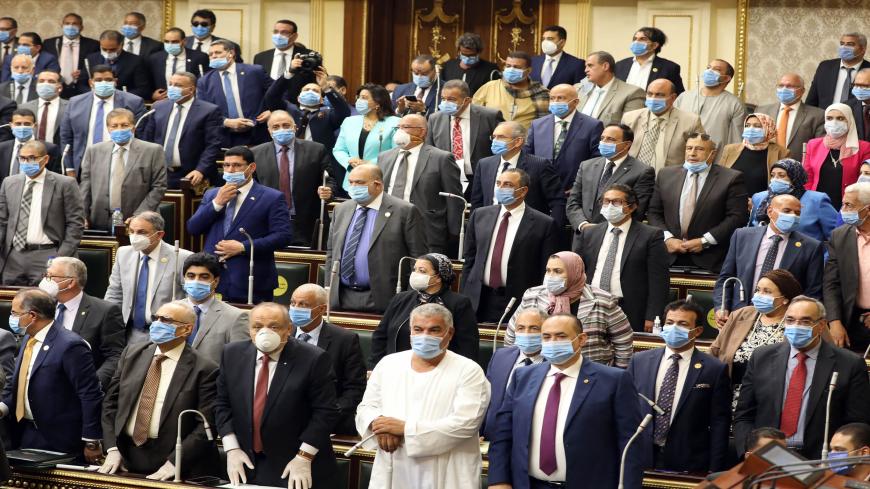 During the meeting with Hifter, Megawer delivered a message from Egyptian President Abdel Fattah al-Sisi, which stressed Egypt’s rejection to withdraw the LNA forces from the Libyan key coastal cities of Sirte and al-Jufra and turn these cities into demilitarized areas. According to anonymous sources quoted by Al-Arabiya, the message also reiterates Cairo’s refusal to divide Libyan territories and to besiege Libya. According to the message, Egypt will open a direct communication channel in the near future with the LNA for full coordination.

The visit comes amid heightened tension around Sirte, in western Libya. Hifter’s LNA seeks to prevent militias affiliated with the Government of National Accord (GNA), led by Fayez al-Sarraj, from carrying out an offensive against Sirte, with the backing of Turkey and Qatar.

Turkey has sent weapons, military equipment and drones to support the GNA against Hifter. It also deployed thousands of pro-Turkish Syrian mercenaries to fight alongside the pro-GNA militias.

Tariq Fahmy, a professor of politics at Cairo University, told Al-Monitor over the phone that the visit came at a sensitive time, particularly since it was preceded by the Turkish and Qatari defense ministers’ visit to Libya. These developments point to strategic moves that are currently underway, he said.

According to Fahmy, Megawer’s official visit to Libya, in military uniform, aims to show that Egypt has a strong presence in the Libyan cause and affirms support for Hifter’s forces.

He noted that Cairo is in favor of a cease-fire and any other political step that would calm the situation in Libya, but under specific conditions that include the return to the negotiation tracks under the sponsorship of Berlin, which hosted a Libyan peace conference on Jan. 19. This is because Berlin supports a convergence of the Libyans’ positions, away from the policies Sarraj’s government is trying to impose, Fahmy added.

A few days after Megawer’s visit, the GNA’s Presidential Council announced Aug. 21 an immediate cease-fire and suspension of all military operations across Libya. Sisi welcomed the statement in a tweet, describing it as “an important step on the path toward achieving a political settlement and the Libyan people’s aspiration for stability.”

Ziad Akl, a researcher focusing on Libyan affairs at Al-Ahram Center for Political and Strategic Studies, told Al-Monitor by phone that Megawer’s visit and meeting with Hifter consist of a natural development of the Egyptian vision toward Libya. He explained that there are strategic interests related to Egypt’s national security, and this is why Egypt is showing support for the party that would advance these interests.

He stated that the GNA Presidential Council’s political concessions have allowed Egypt to protect its interests without resorting to the military option.

Speaking to the Middle East News Agency Aug. 18, an Egyptian government official who declined to be named warned against turning the city of Misrata into a Turkish military base, in reference to the tripartite agreement signed with Turkey and Qatar, which called for the establishment of a coordination center in Misrata.

Egypt, which borders Libya to the west, is striving to solve the Libyan crisis. Most recently on June 7, Sisi announced a new initiative calling for a cease-fire in Libya, the withdrawal of foreign fighters, and the disarmament and dismantlement of militias. The Cairo initiative was announced following talks with Aguila Saleh, speaker of the eastern-based parliament, and Hifter in Cairo.

Samir Ragheb, head of the Arab Foundation for Development & Strategic Studies in Egypt, told Russia Today Aug. 19 that Megawer’s visit comes as part of ongoing visits by Egyptian and Libyan civil and military officials in light of the coordination between the two countries, especially in terms of defense and national security.

Ragheb pointed to the importance of Megawer’s visit, considering that the latter serves in the highest-ranking Egyptian military post, and added that the visit could serve as a prelude to other senior military officials visits in the upcoming period in line with the course of military events in the Libyan territory.