The Rafah border crossing has been mostly shut to travelers since March. 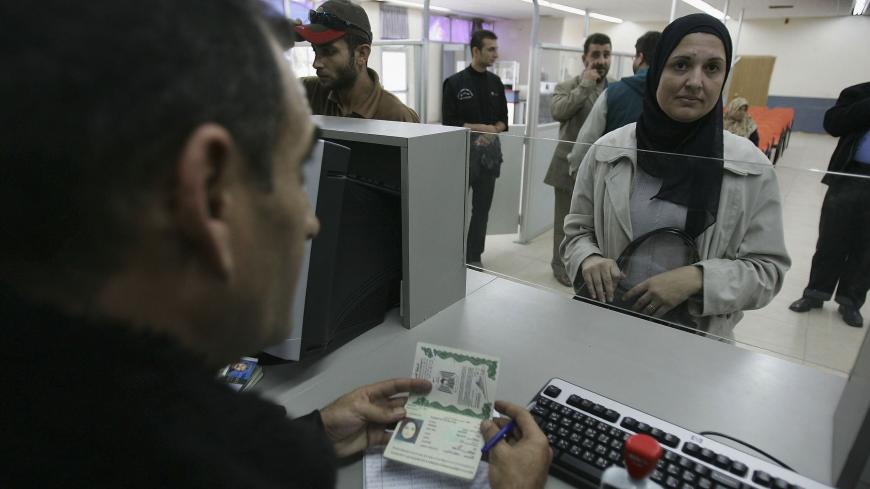 A Palestinian security officer checks a passport of a traveler returning from Egypt Nov. 15, 2005, at the border crossing of Rafah in the southern Gaza Strip. - Abid Katib/Getty Images

Beginning today, Palestinians stranded on either side of the Egypt-Gaza border will be able to cross for three days in what is their first opportunity in months.

From Aug. 11 to 13, residents wanting to return to the Gaza Strip can enter through the Rafah crossing in Egypt. All arrivals must go to designated quarantine centers for 21 days and be tested for COVID-19.

Palestine's Interior Ministry spokesperson Eyad al-Bozzom said Monday that around 1,500 Palestinians would depart for Egypt and 2,000 Palestinians currently in Egypt are expected to return to Gaza.

The crossing was closed in March as part of restrictions aimed at curbing the spread of the coronavirus. Since then, Gazan have only been able to enter the coastal enclave during brief windows in April and May, and departures were prohibited entirely.

Since Hamas seized control of Gaza from the Palestinian Authority in 2007, Egypt and Israel have heavily restricted movement to prevent the Islamist militant group from bringing weapons across their borders. Rafah remains the only exit point for Gazans who wish to travel out of the impoverished strip through Egypt.

The movement restrictions, widely viewed as collective punishment by rights groups, appear to have contributed to Gaza’s extremely low rate of coronavirus infections. Health officials have so far registered just 81 cases, one death and no evidence of community transmission.

Experts have warned Gaza’s health system is unequipped to deal with a wider outbreak. Military conflict with Israel, internal political instability and the 13-year Israeli-Egyptian blockade have left hospitals overburdened and understaffed.

In a separate development on Tuesday, Israel closed its only commercial crossing with Gaza, Kerem Shalom, after balloons carrying explosives were sent across the border.