At least 70 people are dead and thousands injured. 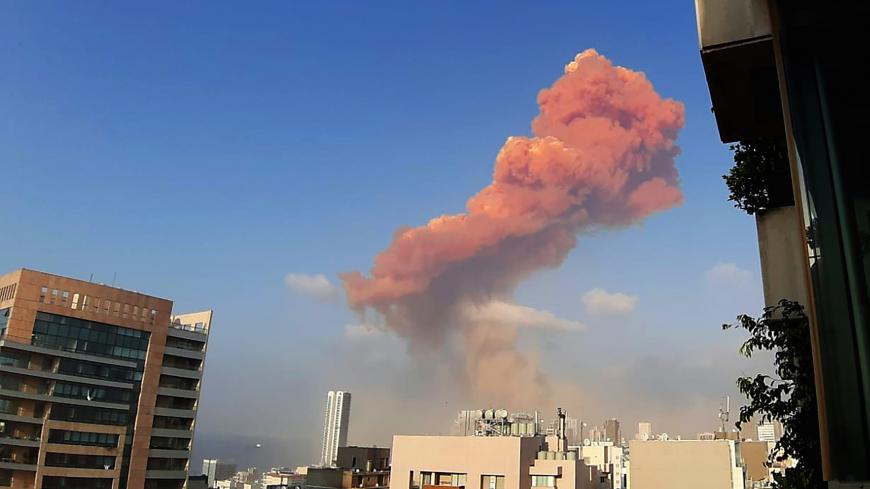 A picture shows the scene of a huge explosion that rocked the Lebanese capital Beirut on Aug. 4, 2020. - JANINE HAIDAR/AFP via Getty Images

Large explosions hit Beirut today, causing extensive damage and thousands of casualties. The incident comes at a horrible time for Lebanon, which is already dealing with an economic crisis.

At around 6:00 pm local time, a massive explosion took place in Beirut’s port, sending shockwaves across the city. The blast occurred near the Lebanese capital’s downtown, causing massive destruction reminiscent of a war zone in the vicinity. There was also damage several miles outside of Beirut.

Lebanese authorities have blamed the blast on large quantities of ammonium nitrate — a highly explosive material — stored in a warehouse at the port for six years.

Lebanese Prime Minister Hassan Diab said the incident took place at a “dangerous warehouse” and noted that it is under investigation.

Meanwhile, Lebanese President Michel Aoun tweeted that it was "unacceptable" for such a large quantity of the dangerous material to be stored without proper saftey measures.

Prior to the large explosion, there was already a cloud of smoke emanating from the port. Agence France-Presse reported that two explosions took place.

Beirut resident Alvis Albazi said the explosion was so loud he thought it was an air strike.

“I thought an explosion on the ground couldn’t do this,” he told Al-Monitor.

The number of casualties continues to rise. There were at least 70 people killed and 4,000 wounded as of late Tuesday night local time, according to Lebanon's health minister.

“I promise that this catastrophe will not go unpunished and those responsible will be held accountable,” Diab said in a speech.

An Israeli official said Israel was not responsible for the explosion, according to the outlet. Israel and the Lebanese armed group Hezbollah have clashed recently.

Rescue and emergency workers are continuing to treat victims and free people still trapped by the rubble. Hospitals are also asking people to donate blood. France, Qatar, Iraq and other countries have pledged to help Lebanon deal with the tragedy.

Lebanon is already in the midst of a devastating economic crisis. The Lebanese currency's value has plummeted and electricity cuts are worsening during the humid summer. The government has so far been unable to obtain financial assistance from the International Monetary Fund (IMF) and others. Anti-government protests have continued since October. COVID-19 cases are also rising and the government's anti-virus measures have contributed to job and income losses. Some top officials have resigned in recent months, saying the government is not serious about implementing reforms.

This story has been updated to reflect new information. This is a developing story.