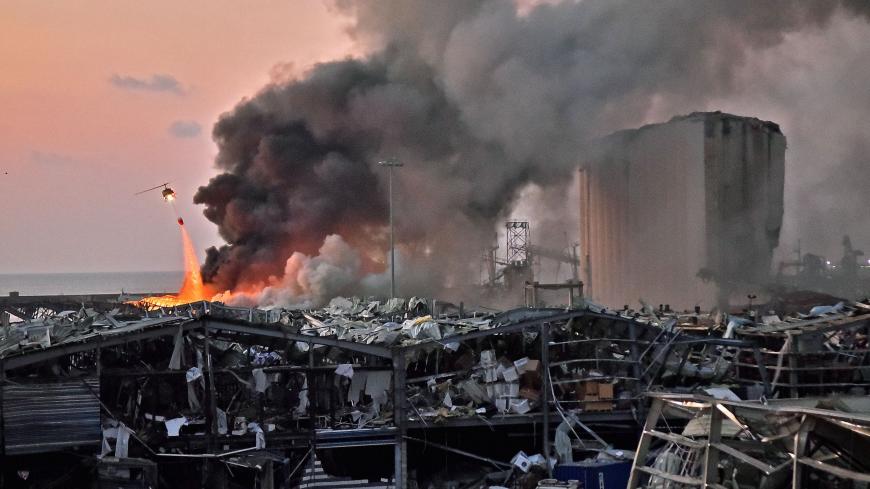 A helicopter puts out a fire at the scene of an explosion at the port of Lebanon's capital Beirut on Aug. 4, 2020. - STR/AFP via Getty Images

In a rare humanitarian gesture toward Lebanon, Israel has offered medical aid after a massive explosion tore through the capital of Beirut on Tuesday, causing widespread damage and killing scores of people.

According to Israeli newspaper Haaretz, the mediators who reached out to Lebanon on behalf of Israel were France and the United Nations' peacekeeping force in Lebanon, UNIFIL.

“We share the pain of the Lebanese people and sincerely reach out to offer our aid at this difficult time,” Israeli President Reuven Rivlin tweeted.

Israel has long fought with Hezbollah, the powerful Iran-backed political movement and militant group in Lebanon. A 34-day war between the bitter rivals in 2006 killed over 1,400 people, mostly Lebanese civilians.

An unnamed Israeli intelligence official told The New York Times that Israel was not involved in Tuesday’s explosion in Beirut.

Tensions remain high between Israel and Hezbollah. The militant group has vowed retaliation for a June 20 Israeli strike outside the Syrian capital of Damascus that killed one of its senior fighters. Israel has since deployed additional forces in the Galilee and last week announced the military foiled a Hezbollah raid along its northern border.

The Israeli military’s Arabic spokesperson tweeted in the wake of the blast Tuesday that "this is the time to transcend conflict" and focus on providing humanitarian support.

In addition to Israel, a number of countries pledged to come to Lebanon’s aid. Iran’s foreign minister, Mohammad Javad Zarif, said Iran is prepared to help “in any way necessary,” and US Secretary of State Mike Pompeo said the United States stands “ready to assist the people of Lebanon as they recover from this horrible tragedy.”

The explosion came ahead of a verdict due on Friday in the United Nations-backed trial in absentia of four Hezbollah members suspected in the 2005 car bombing that killed former Lebanese Prime Minister Rafik al-Hariri.