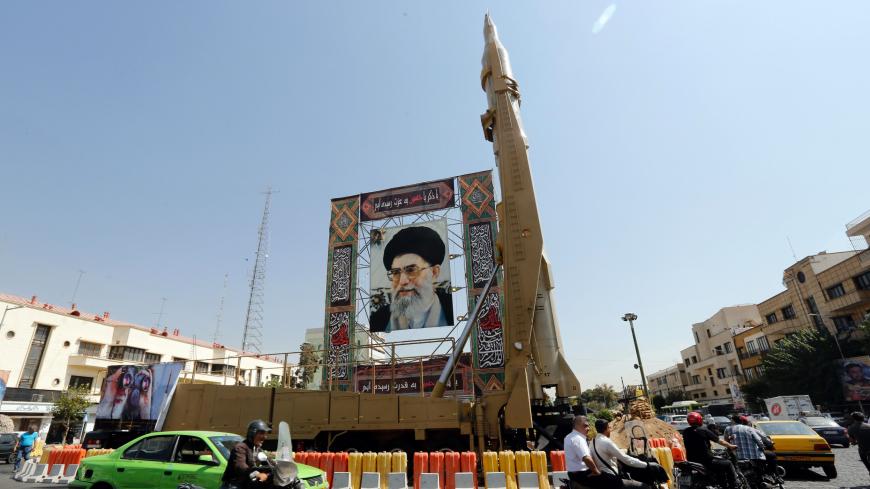 A Shahab-3 surface-to-surface missile is pictured on display next to a portrait of Iranian Supreme Leader Ayatollah Ali Khamenei at a street exhibition by Iran's army and the Islamic Revolutionary Guard Corps celebrating "Defense Week," marking the 39th anniversary of the start of 1980-88 Iran-Iraq war, at Baharestan Square in Tehran, Sept. 26, 2019. - AFP via Getty Images

The United States has expanded its economic sanctions on metals trade with Iran, publishing a list of 22 materials that Secretary of State Mike Pompeo said could potentially be used to supply Tehran’s ballistic missile, nuclear and military programs.

On the newly released list is refined aluminum powder, a key ingredient in solid rocket fuel. In a press release Thursday, Pompeo cited the influence of the Islamic Revolutionary Guard Corps (IRGC) in Iran’s construction sector as a reason for the latest sanctions.

“The IRGC’s construction firm and many of its subsidiaries remain sanctioned by the United Nations because they were directly involved in the construction of the uranium enrichment site at Fordow,” Pompeo said in the press release.

“As a result of this IRGC determination, any knowing transfer of certain materials, including graphite or raw or semi-finished metals, to or from Iran to be used in connection with the construction sector of Iran remains sanctionable,” he said.

The US first sanctioned Mobarakeh in 2018 for its alleged financial links to the IRGC. The Trump administration has targeted alleged IRGC funding streams throughout Iran’s private sector as part of the Trump administration’s so-called maximum pressure campaign against Tehran, launched after the US pulled out of the 2015 nuclear agreement in 2018.

The Trump administration has accused Iran of exploiting the deal to exporting missile technology and support militias in conflict zones in Iraq, Syria and Yemen. The White House has said it remains open to future negotiations with Iran under certain conditions.

Iran’s supreme leader today publicly ruled out talks with the United States, saying President Donald Trump would use any such negotiations “for propaganda like negotiations with North Korea.”