The Donald Trump administration is concerned that US adversaries such as China are abetting Iran’s growing missile arsenal, which US officials believe was used in strikes against Saudi oil facilities over the weekend. 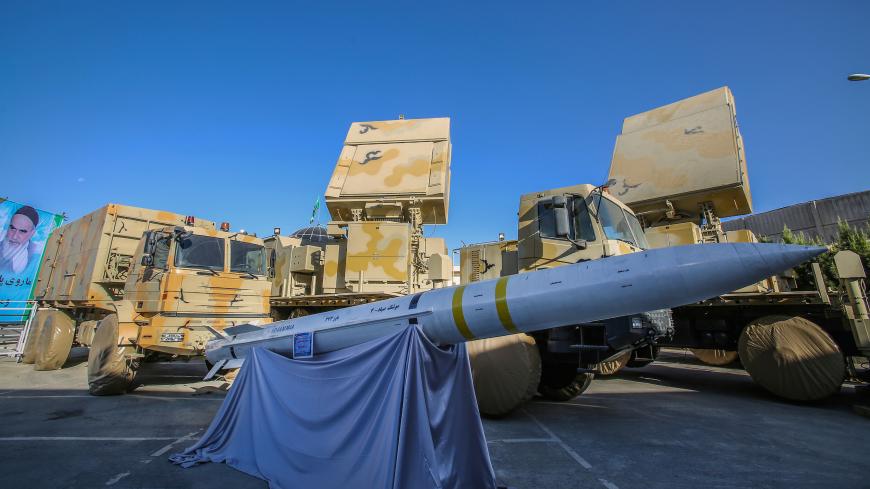 The Donald Trump administration is concerned that US adversaries such as China are abetting Iran’s growing missile arsenal, which is suspected to have been used in strikes against Saudi oil facilities this weekend.

The US government reportedly believes Iran carried out Saturday’s attacks against an Aramco facility in Abiqaiq along the Arabian Gulf using cruise missiles and drones launched from inside Iran.

In recent weeks, the Trump administration has again called on China to crack down on a major supplier of dual-use nuclear technology to Iran amid increased fears about Tehran’s compliance with nonproliferation deals. The arrest of the Chinese businessman behind the sales has long been sought by the United States.

“I would say just globally we’ve seen a growth in capability for cruise missiles and unmanned aerial vehicles,” Undersecretary of Defense for Policy John Rood said at an event today when asked about the weekend attacks. “We are giving more time and attention to it.”

The chairman of the Joint Chiefs of Staff, Gen. Joseph Dunford, said today that the Trump administration was waiting on Saudi confirmation to publicly attribute the attack. Meanwhile, Secretary of State Mike Pompeo will head to the region to confer with top Saudi officials, including Crown Prince Mohammed bin Salman.

“As we’ve seen from recent events, Iran continues to violate international norms and instead has chosen to promote instability and danger throughout the region,” Defense Secretary Mark Esper said today as the US administration worked on a response to the attacks.

Meanwhile, Rood, the Pentagon’s third-ranking official, said the Defense Department had stood up a task force led by Ellen Lord, the building’s top acquisition official, to counter drone technology that has increasingly proliferated throughout the world.

As Iranian missiles have gotten more accurate, officials have expressed particular concern over the status of alleged Chinese proliferator Karl Lee, whom the United States suspects of “supporting Iran’s ongoing efforts to develop more sophisticated missiles,” according to a recent State Department report. Lee is also known as Li Fangwei.

Lee’s furnishing of dual-use technologies has allowed Iran to develop solid and liquid-propelled projectiles that are able to hit faraway targets with increased accuracy. This appears to have helped fill a void that occurred after the Chinese government stepped back from Iran’s missile development program in the mid-1990s.

The US government has less insight into Iran’s cruise missile program than into its ballistic projectiles, Van Diepen said. He also said that Chinese entities have provided guidance technologies that could help improve missiles' precision. The State Department says China provided treaty-busting missile parts to Iran, North Korea, Syria and Iran last year, despite pledges not to export potentially lethal technology of that kind.

While the Justice Department put out a warrant to arrest Lee in 2014 and has imposed sanctions on the suspected proliferator for more than a decade, China “has not taken effective action to end his proliferation activity,” the report says. China is also suspected of providing dual-use technology such as flow forming machines, aluminum and steel to Iran to assist with its program.

While local authorities in Dalian province, where experts suspect Lee is hiding, have slapped his production companies with fines for breaking environmental laws, his firms have continued operating, bringing on new hires and developing graphene, graphite and carbon fiber. Iran fired six Zolfaghar missiles believed to use Chinese components into Syria in 2017 against Islamic State militants after terror attacks took place in Tehran.

China rolled out new controls to limit exports of sensitive technology in June, but the effort is mainly focused on preventing strategic technology from leaking out beyond Beijing’s shores. But researchers have been frustrated by the Chinese government’s refusal to report customs databases for the past year, making the picture of technology leakage increasingly murky.

“There seems to be a significant gap when a local enforcement arm is trying to do the right thing but the caseload hasn’t caught up,” said Dan Lee, a researcher at King’s College London who tracks the Karl Lee case. “It’s not very focused toward preventing the proliferation.”

Former US officials say that some factions in China’s government recognized that Lee had broken UN resolutions regarding proliferation. But the alleged proliferator has succeeded in using his financial power to continue to operate beyond Beijing’s reach.

“In China, not unlike the US, money talks,” said Thomas Countryman, a former assistant secretary of state during the Barack Obama administration. “Somebody as rich as Li Fangwei was usually able to deflect any serious action taken against him.”