Hope lifted off on Monday in the first-ever Mars mission for a country in the Arab world. 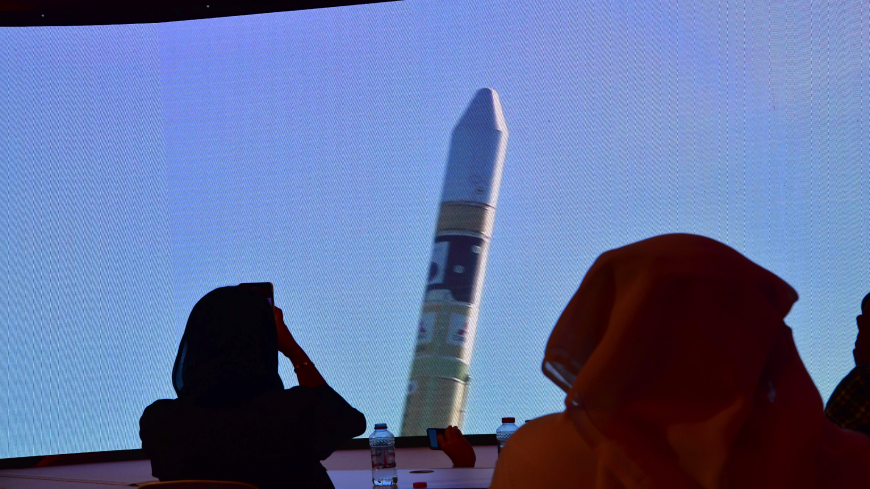 A picture taken on July 19, 2020, shows a screen broadcasting the launch of the Hope Mars probe at the Mohammed Bin Rashid Space Center in Dubai. - GIUSEPPE CACACE/AFP via Getty Images

The United Arab Emirates’ Mars probe finally launched today after weather-related delays. The Gulf country’s president said the spacecraft, known as Hope, is a historic accomplishment for the UAE.

“Hope probe represents another high-quality, high-value addition to the UAE's outstanding achievements that will enter history as a source of pride for the UAE and its people,” said Sheikh Khalifa bin Zayed Al Nahyan, according to the state-run Emirates News Agency.

Hope, or "Amal" in Arabic, took off from Japan on Monday. The probe was built by the Japanese company Mitsubishi. The launch was delayed twice due to bad weather. Hope will spend more than a year in Mars’ orbit to study its properties, including those which relate to dust storms.

The probe is the first Mars mission from a country in the Arab world and has been widely reported as such. Dubai Crown Prince Hamdan bin Mohammed Rashid al-Maktoum, who leads the project, has said he wants Hope to prove Arabs can compete internationally in scientific achievement.

The Emirates received praise for the successful launch of the Mars-bound Hope, including from US Secretary of State Mike Pompeo.