The Hope probe is now scheduled to launch Monday from Japan. 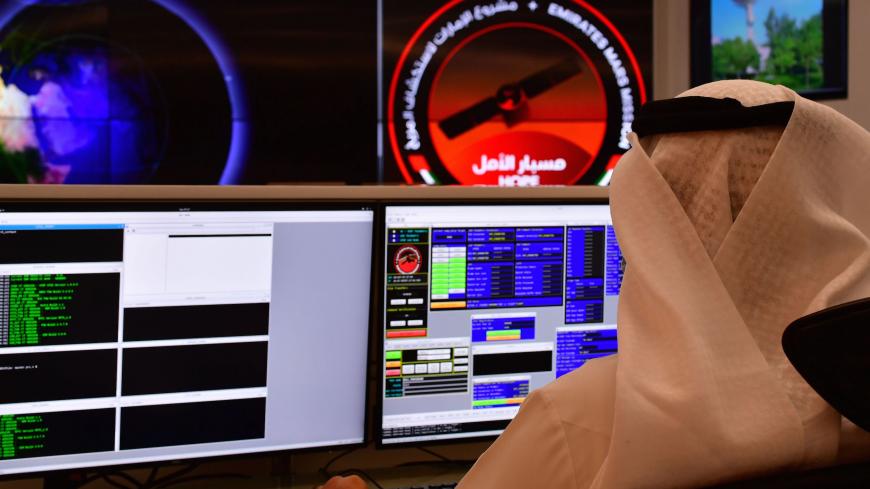 An employee works at the control room of the Mars Mission at the Mohammed Bin Rashid Space Centre (MBRSC), in the Gulf emirate of Dubai, on July 5, 2020. - GIUSEPPE CACACE/AFP via Getty Images

The United Arab Emirates' Mars spacecraft is now scheduled to head into space Monday from Japan, Mitsubishi said in a press release.

The Japanese company, which manufactured the spacecraft, said there could be further delays for the historic mission due to weather conditions.

It is the second delay of the launch of the spacecraft, named Hope (Amal), because of weather conditions. The probe was supposed to launch from the island of Tanegashima on Wednesday, but the mission was postponed until Thursday because of poor weather conditions there, and then delayed again.

The mission will be the first of its kind by a country in the Arab world. Hope is to reach Mars’ orbit in February and spend 687 days there studying its properties. The findings will help humans’ understanding of global dust storms in particular, the European Space Agency told the state-run Emirates News Agency.

Dubai Crown Prince Hamdan bin Mohammed Rashid al-Maktoum, who is the government leader of the endeavor, said the Hope mission aims to make the Emirates and Arab states competitive with the rest of the world in scientific discovery.

“Our journey to Mars is a message of hope to all Arabs that we can compete with the world in science and technology,” he said, as reported by Emirates News Agency. “The UAE today leads the Arab knowledge transformation.”