Azeri-Armenian clashes in the strategically significant Tavush area could be the harbinger of tectonic changes in the energy politics in the South Caucasus, Turkey and Iran. 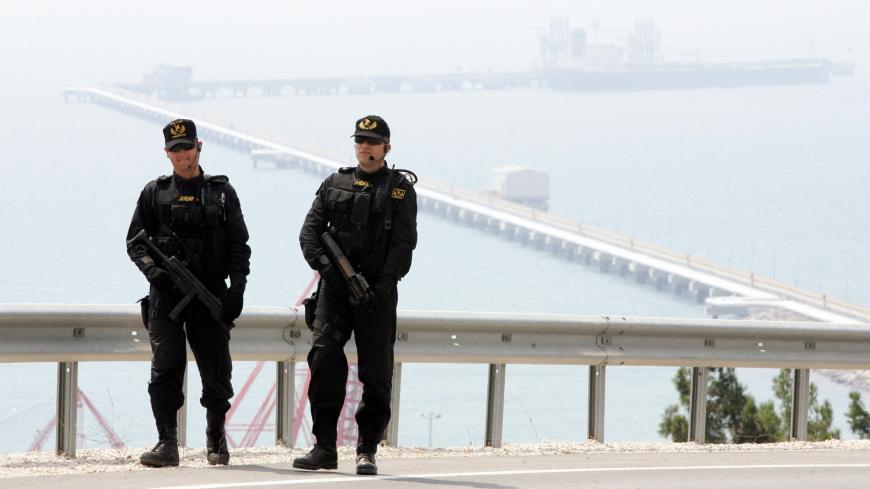 Even before the recent flare-up, tensions were running high on the Azeri-Armenian border. Reports of mutual harassment or skirmishes, mainly over the disputed enclave of Nagorno-Karabakh, often made the headlines in the past several years. But were last week’s surprise clashes in the Tavush area just another episode in ongoing hostilities?

The Tavush area lies on major energy, railway and trade routes that link Azerbaijan, Georgia and Turkey and connect Europe to Central Asia and China without Russian and Iranian involvement. Given the region’s significance as well as the timing and nature of the clashes, one could hardly dismiss the flare-up as customary. Its causes and potential consequences go beyond the long-running territorial dispute between Azerbaijan and Armenia.

To better understand the significance of the flare-up, its timing is a good point to start. Both governments needed an escalation to divert public attention from their deepening economic woes amid the COVID-19 pandemic. Azerbaijan was already badly hit by plunging oil prices. Both governments struggled to manage the economic and social aspects of the pandemic, grappling with rising unemployment. In the lead-up to the clashes, leaders on both sides struck intransigent postures and used inflammatory rhetoric in an apparent bid to create a smokescreen around the economic and social impacts of the pandemic.

A more profound reason, however, appears hidden in the July 15 warning by US Secretary of State Mike Pompeo that Washington was moving toward sanctions against energy companies involved in Russian pipelines to Europe and Turkey.

Washington’s intention to go beyond the defense and security realm to penalize energy cooperation with Russia bears directly on the Azerbaijan-Georgia-Turkey trio and Europe, putting them under pressure to ponder energy supply chains excluding Russia.

In fact, Turkey has already moved to reduce its energy reliance on Russia and Iran. Azerbaijan is the primary country to which Turkey has turned as an alternative in the past several years. In March and April, Azerbaijan, for the first time, surpassed Russia in terms of gas supplies to Turkey.

The Tavush area is Azerbaijan’s gateway to Turkey in terms of energy, rail and transit routes. Azerbaijan’s South Caucasus Pipeline runs nearby, carrying gas to the Trans-Anatolian Natural Gas Pipeline in Turkey, which is a major component of Turkish and European efforts to reduce energy reliance on Russia. The area is central also to the Baku-Tblisi-Ceyhan oil pipeline and the Baku-Tblisi-Kars railroad, two major joint projects that Azerbaijan, Georgia and Turkey have realized since the collapse of the Soviet Union. In other words, the area is crucial for Azeri energy exports to Europe and the only land route linking Azerbaijan to Turkey via Georgia. In this context, it is also a crucial corridor for Turkey and Europe to access Central Asia and China by sidestepping Russian and Iranian domains.

Turkey, whose energy imports account for three-quarters of its current account deficit, has been heavily reliant on Russian gas and, moreover, on price that is double of what Europeans pay. In 2019, however, Russian gas accounted for 33% of Turkey’s gas imports, down from 52% in 2017, as Ankara stepped up purchases of liquefied natural gas from the United States, Algeria and Nigeria.

The giant Trans-Anatolian pipeline, completed last year, has an annual capacity to carry 16 billion cubic meters of Azeri gas to Turkey and from there to southern Europe via the soon-to-be completed Trans-Adriatic Pipeline. Add to this 7.7 billion cubic meters of Iranian gas and the South Caucasus Pipeline’s comparable capacity, the three non-Russian pipelines passing from the vicinity of Tavush could cover about half of Turkey’s demand and 15% of that of Europe.

The Trans-Anatolian pipeline is a strategic achievement for Azerbaijan and Turkey. The arrival of non-Russian gas to the Balkans and Europe via Turkey brings to fruition the vision of a non-Russian supply chain for Turkey and Europe. Azerbaijan, for its part, has sought to diversify its export destinations to be fully independent from the Soviet Union-inherited and Russia-dependent energy infrastructure in the region. The inauguration of the Baku-Tblisi-Ceyhan pipeline in 2006 enabled Azerbaijan to export oil to international markets via the strategic port of Ceyhan on Turkey’s Mediterranean coast. The Baku-Tblisi-Erzurum gas pipeline, launched the same year, allowed the supply of Azeri gas to Georgia and Turkey. Now thanks to the Trans-Anatolian pipeline, Azerbaijan can also sell gas to the European Union and grab some of Gazprom’s market share, raising eyebrows in Moscow.

Azerbaijan and Qatar have gained prominence as alternative gas suppliers for Turkey in the past two years as a result of US-goaded efforts to reduce purchases from Russia and Iran. Yet, Azerbaijan could further expand its role down the road. Turkey’s gas deal with Russia expires next year, and little progress has been made on a renewal, which raises the prospect of deepening Azeri-Turkish partnership after 2021.

And, as Pompeo’s statement shows, Washington is averse to Russia gaining more influence via gas exports to Europe, hence dangling the threat of sanctions over the Nord Stream 2 gas pipeline that Russia is building to Germany.

So two key factors are standing out as to what determines the scale of the Azeri-Armenian conflict — Washington’s drive to curb the clout that Russia has gained over Europe via gas supplies and the growing energy cooperation between Turkey and Azerbaijan, which might challenge Russia’s energy hegemony in the region.

US policies seeking collaboration with Azerbaijan in the Caucasus via NATO and Russia’s response to such efforts might further aggravate the conflict.

Likewise, the conflict might abate or intensify depending on how Turkey and Russia seal the fate of their expiring deal. Hostilities might escalate if Turkey continues to opt for Azerbaijan to reduce imports from Russia. And with Turkey and Russia already on opposing sides in Libya and Syria, the Azerbaijan-Armenia conflict could set the stage for a new Turkish-Russian rivalry and raise the specter of serious crises in the long run.

Nevertheless, Gazprom is likely to remain Turkey’s primary gas supplier in the near future. Still, Turkey is now in a stronger negotiating position thanks to its enhanced cooperation with Azerbaijan and the US threat of energy sanctions, coupled with its recent achievements in Libya and growing ties with Africa, especially Maghreb countries. Ankara is poised to capitalize on all those bargaining chips as it prepares to renegotiate the terms of its contract with Gazprom.

In other differences from previous skirmishes, the Tavush clashes have seen both sides use drones for the first time for surveillance-reconnaissance and command-control purposes and precision strikes alike, in addition to using special forces for direct raids and indirect fire support and targeting civilian settlements for the first time. The speed with which the flare-up escalated to the verge of conventional warfare is an alarming sign for any future confrontations.

In sum, geopolitical pressures on the Azeri-Armenian border are likely to grow in the coming months as Azerbaijan’s role as Turkey’s and Europe’s primary non-Russian energy supplier grows. And the economic blows of the COVID-19 pandemic and falling oil prices would nourish the pro-escalation mood among decision-makers, boding continued fervor in the South Caucasus.