The Takeaway: It’s time to get ‘clear-eyed’ about Russian threat to US forces, says US Rep. Elissa Slotkin

Highlights: Slotkin, a member of the House Armed Services Committee, discusses US policy in the Middle East in new podcast; Three reasons Erdogan says he backs Azerbaijan ‘till the end’ in conflict with Armenia; Israeli Knesset moves to outlaw gay conversion therapy. 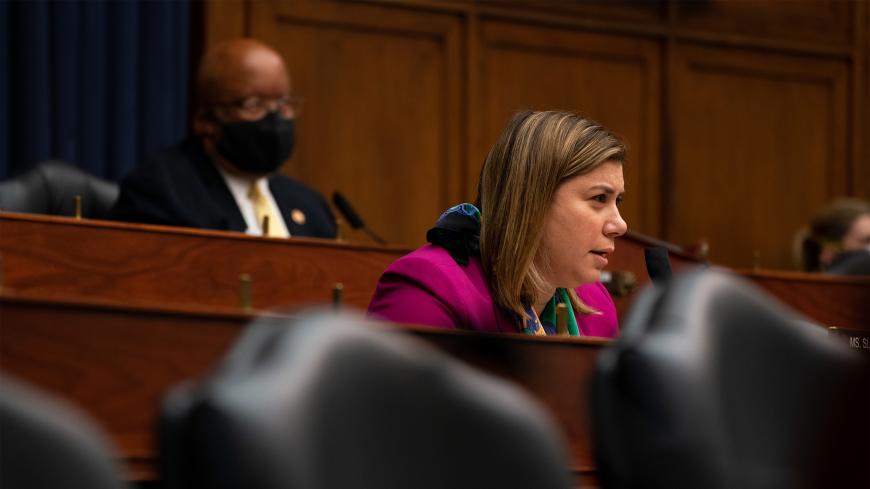 The Lead: Russia’s role in Mideast ‘comes at the expense’ of US interests, says Slotkin

Although Elissa Slotkin is only in her first term representing Michigan’s 8th district in Congress, she is already a go-to member on national security, sitting on the House Armed Services and Homeland Security committees.

Slotkin came to the Hill after a decade and a half in the executive branch, including stints at the CIA, where she did three tours in Iraq, and in senior positions with the Office of the Director of National Intelligence, the White House and the Pentagon, where she was acting assistant secretary of state for international security affairs.

Here are six takeaways from our conversation:

Slotkin and US Senator Kamala Harris (D-CA) have introduced an amendment to the National Defense Authorization Act (NDAA) to require the Pentagon to produce a report to Congress on the threat to US forces from Russia and its proxies. If the report is included in the NDAA, it would be the first such assessment of the Russian threat.

Listen here: These are a just few highlights of my interview with Rep. Slotkin; you can listen to the On the Middle East Al-Monitor podcast here.

Turkey: Three reasons Erdogan has Azerbaijan’s back in conflict with Armenia

Friend till the end. Turkish President Recep Tayyip Erdogan made it clear Turkey is 100% behind Azerbaijan after border clashes between Azerbaijan and Armenian forces took place July 12.

Erdogan said that Turkey “will never leave Azerbaijan alone” and will support it “till the end.”

He went on to claim that Armenia undertook military action this month to block settlement over Nagorno-Karabakh, the disputed enclave between Azerbaijan and Armenia, and “create new conflict zones” in the region.

But here’s the catch. The recent fighting is not over Nagorno-Karabakh, raising questions about the where and why of the flare-up and what might be Erdogan’s objectives in talking tough in support of Azerbaijan.

Background: Armenia and Azerbaijan are both former Soviet republics in the South Caucuses. They have been in conflict over the Azeri region of Nagorno-Karabakh since a war between the two countries ended in 1994. Nagorno-Karabakh is administered by ethnic Armenians backed by the Government of Armenia. Internationally mediated negotiations have failed. Turkey has bitter relations with Armenia and close ties with Azerbaijan. A 2009 US-mediated peace agreement between Turkey and Armenia collapsed soon after it was agreed.

Erdogan’s three objectives in the conflict:

Stoking nationalism. “Turkey’s hawkish messages could be attributed to the self-confidence it has gained in its recent military ventures in Syria and Libya,” writes Fehim Tastekin. “Both interventions have served Erdogan’s interests in domestic politics, but neither of them could compare to the nationalist fervor that Turkish posturing in the Caucasus could stoke, given Turkey’s ethnic kinship with Azerbaijan and historical enmity with Armenia.”

“Getting tough with Armenia also plays to Erdogan’s nationalist base as he seeks to revive his sagging poll numbers amid the country’s worst economic downturn since his Justice and Development Party came to power 18 years ago,” adds Amberin Zaman.

Leverage with Russia. Erdogan may also be looking for some leverage in his dealings with Russian President Vladimir Putin in both Syria and Libya. “Erdogan has fallen behind his declared objectives in both conflicts,” writes Tastekin. But Russia has its own levers of influence in the region, including strong ties with Armenia and decent relations with Azerbaijan. “Conflict dynamics in the South Caucasus — no matter what set them into motion — might pave the way for Russia to reassert its control in the region,” writes Tastekin.

Energy advantage. Metin Gurcan offers a slightly different, if complementary, take. The conflicts over the past week are not over Nagorno-Karabakh — they occurred in the Tavush region.

“The Tavush area is Azerbaijan’s gateway to Turkey in terms of energy, rail and transit routes,” explains Gurcan. “Azerbaijan’s South Caucasus Pipeline runs nearby, carrying gas to the Trans-Anatolian Natural Gas Pipeline in Turkey, which is a major component of Turkish and European efforts to reduce energy reliance on Russia. The area is central also to the Baku-Tbilisi-Ceyhan oil pipeline and the Baku-Tbilisi-Kars railroad, two major joint projects that Azerbaijan, Georgia and Turkey have realized since the collapse of the Soviet Union.”

“In other words, the area is crucial for Azeri energy exports to Europe and the only land route linking Azerbaijan to Turkey via Georgia. In this context, it is also a crucial corridor for Turkey and Europe to access Central Asia and China by sidestepping Russian and Iranian domains,” writes Gurcan.

Our take: This one bears watching especially because, as Gurcan points out, a catalyst may be US sanctions targeting companies involved in Russian pipelines to Europe. Erdogan values his relationship with Putin, and while they have found a way to keep the dialogue on Syria, they are on opposite sides in Libya. Erdogan sees another opportunity to seek an advantage on Putin while not adding to his woes with the United States over sanctions. Escalation may be unlikely but can’t be ruled out. Tough talk comes easily to Erdogan, but he is also known to back it up.

Israel’s Knesset advanced two legislation proposals banning gay conversion therapy, which would be punishable up to one year in jail. The licenses of psychologists engaged in such therapies will be canceled for five years. The legislation adds a few more hurdles and is opposed by Netanyahu’s Likud and their ultra-Orthodox Knesset partners. Public Security Minister and Knesset member Amir Ohana, who is openly gay, was the only member of his party to vote for the bill. Rina Bassist has the story here. 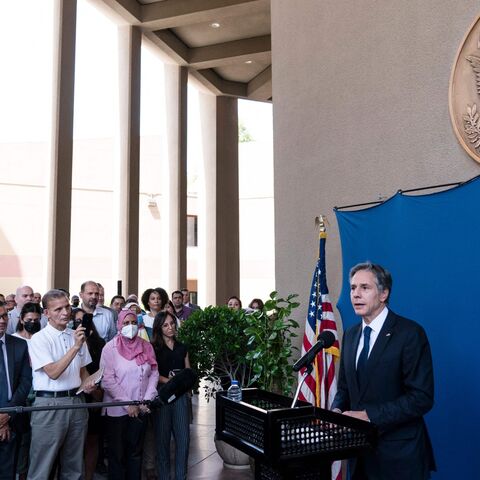