The latest sign of friendship between Turkey and Italy comes amid otherwise tense Turkey-Europe relations, largely due to Turkey's plan to drill in Greek and Cypriot waters. 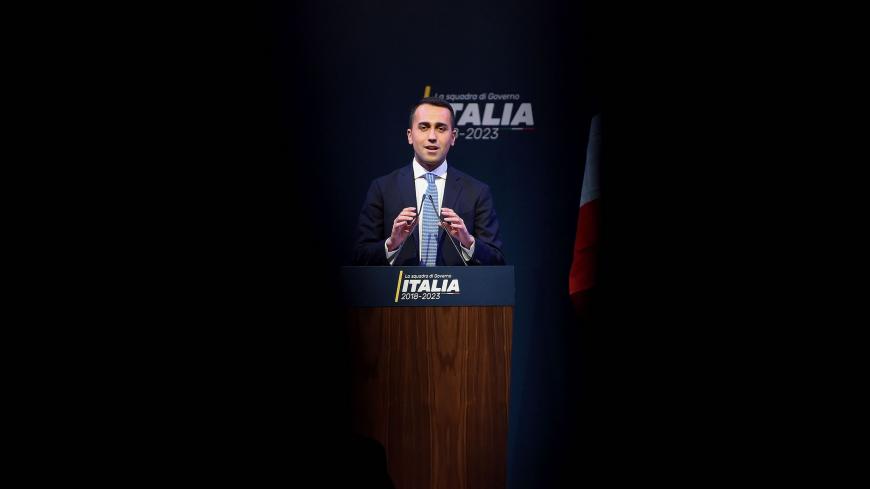 Italy’s Minister of Foreign Affairs Luigi Di Maio gives a speech on March 1, 2018, in Rome, ahead of elections on March 4. - FILIPPO MONTEFORTE/AFP via Getty Images

Turkey and Italy want to continue economic cooperation with each other, officials from both countries said today.

Turkey and Italy are both members of the G-20 and important economies in the Mediterranean region. Italy is Turkey’s fourth largest export market, according to Anadolu Agency.

The conference is the latest sign of friendliness between Turkey and Italy at an otherwise low point in Turkey-Europe relations. In June, the Turkish and Italian navies participated in a joint drill in the Mediterranean. Also in June, Italy met with leaders of Libya’s Government of National Accord (GNA) and described the north African nation as a “priority” for Rome. Turkey is the main international backer of the GNA. In May, both the Turkish and Italian embassies were shelled in GNA-controlled Tripoli during an offensive by Gen. Khalifa Hifter’s Libyan National Army.

Other European states have had public disagreements with Turkey lately. The European Union opposes Turkey’s plans to drill for gas in the eastern Mediterranean, considering the area in question to be Greek and Cypriot maritime territory. Germany most recently condemned Turkey’s exploration there this month. Turkey said it would stop drilling plans near a Greek island this week and called for talks with Athens, but also said shortly thereafter that it would conduct research inside Cyprus’ economic zone.

Tensions are particularly high between Turkey and Italy’s neighbor France. The French military withdrew from a NATO Mediterranean mission earlier this month following the alleged harassing of one of its ships by the Turkish navy.