The European Union's list of countries it will allow visitors from did not include Turkey. 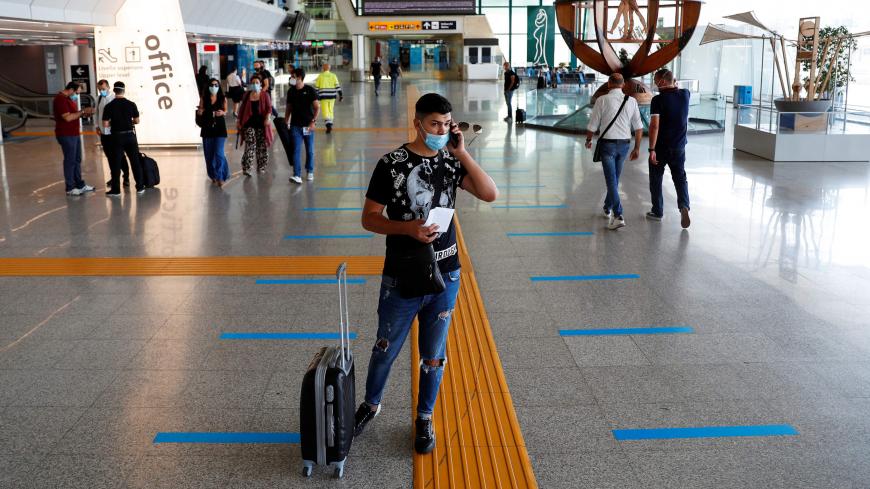 A passenger wearing a protective face mask talks on the phone at Rome's Fiumicino Airport on June 30, 2020, the day EU governments agreed a "safe list" of 14 countries for which they will allow nonessential travel starting July 1, following the coronavirus disease outbreak. Turkey did not make the list. - REUTERS/Guglielmo Mangiapane

Turkey says it is “disappointed” it did not make the cut for countries whose citizens are allowed to visit Europe this summer starting Wednesday.

The European Union unveiled a list of countries this week from which it will allow tourists as the zone tries to boost its economy amid the continuing COVID-19 pandemic. Turkey, as well as the United States and Russia, notably did not make the list of 14 countries deemed to have low enough coronavirus numbers to warrant nonessential travel.

“We are disappointed that Turkey has not been included in the list,” the Foreign Ministry said in a statement, adding, “The measures Turkey has taken to combat the coronavirus pandemic as well as her efforts and success in this respect are evident.”

Turkey allowed businesses to reopen and domestic travel to resume in June after closures aimed at curbing the spread of COVID-19. Virus cases are still rising by more than 1,000 per day in the country, according to Health Ministry statistics.

Turkey has mixed relations with EU states. Turkey is currently in a row with the EU and its members Greece and Cyprus over offshore drilling in the eastern Mediterranean. Turkey and France are also in disagreement over a naval escalation between the two in the sea last month that had to do with Libya.

On the other hand, Turkey and Italy conducted a joint naval drill in the Mediterranean last month and the two have a certain amount of agreement on the Libya conflict.