US sanctions on Venezuela allow for humanitarian exemptions. Turkey is active in delivering coronavirus-related aid around the world. 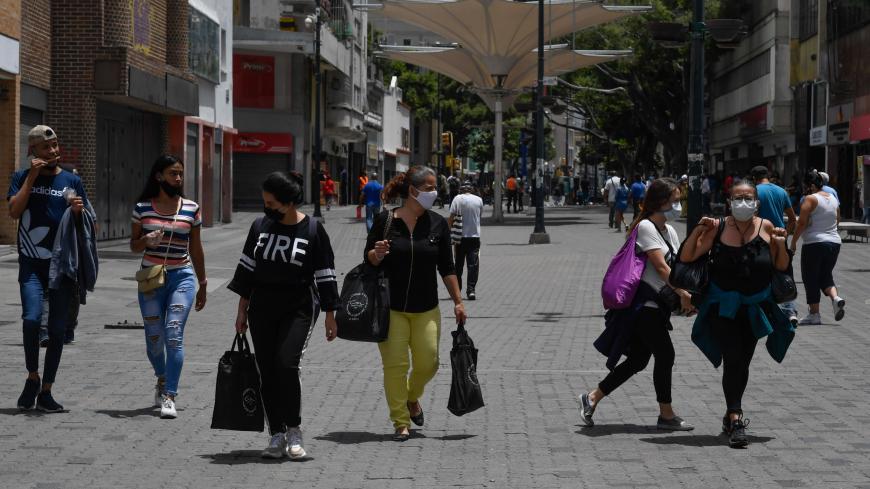 People wearing face masks walk along Sabana Grande Boulevard after the government intensified a nationwide lockdown as a preventive measure against the spread of the coronavirus, in Caracas, Venezuela, July 15, 2020. - Photo by FEDERICO PARRA/AFP via Getty Images

Turkey sent a plane of medical aid to Venezuela on Thursday. Ankara sends COVID-19 aid to many countries around the world, but the Venezuela delivery is significant due to the South American nation’s hostile relationship with the United States.

The delivery sought to help Venezuela fight the coronavirus pandemic, the state-run Anadolu Agency reported. Pictures of the delivery tweeted by Turkey’s Ministry of National Defense showed boxes with a quote about hope from the Persian-language mystic poet Rumi in Turkish and Spanish.

Turkey is active in delivering coronavirus-related aid to countries around the world. Turkey is one of only 11 countries to send aid directly to countries in sub-Saharan Africa. Turkey also distributed hygiene kits to Tanzania, Anadolu reported today.

Anadolu described Venezuela’s economy as “crippled by US sanctions.”