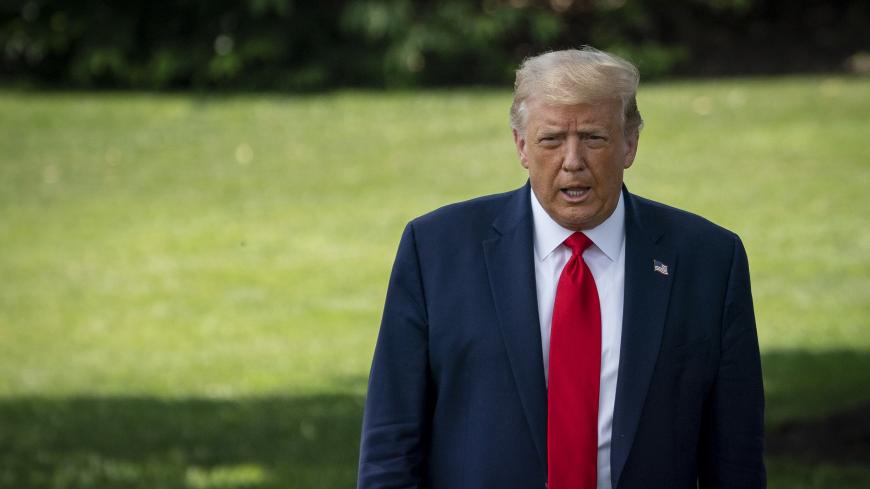 US President Donald Trump exits the Oval Office and walks toward Marine One on the South Lawn of the White House on July 15, 2020 in Washington, DC. - Drew Angerer/Getty Images

“Three people have been sentenced to death in Iran for participating in protests,” Trump tweeted in Farsi under the “don’t execute” hashtag. “Their execution is expected at any moment. The execution of these three people sends a deplorable message to the world and should not be done.”

Why it matters:  Iran’s judiciary upheld the death sentences this week against three men in their mid-20s, Saeed Tamjidi, Mohammad Rajabi and Amirhossein Mordai. Despite widespread outcry from human rights groups, Iran has charged them with sabotage, armed robbery and illegally fleeing the country.

“These sentences have been issued on vaguely defined national security charges, and defendants have had restricted access to lawyers and alleged that the authorities tortured or abused them to produce coerced confessions,” Human Rights Watch reported. “Iranian authorities should immediately repeal the death sentences.”

Turkey deported Rajabi and Tamjidi from a refugee camp in December after they sought asylum. Iranian authorities killed hundreds of protesters and arrested thousands more during last year's protests.