The reopening follows the easing of virus-related restrictions and a modest decline in daily COVID-19 cases. 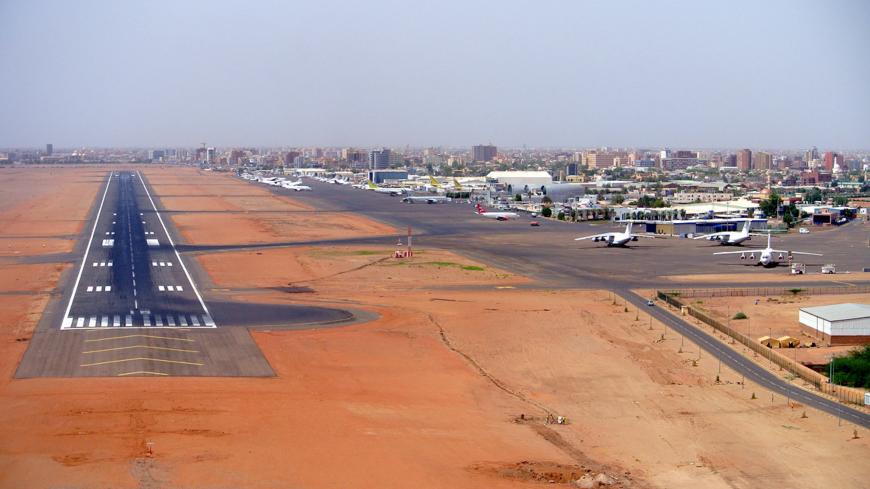 A runway is seen in this undated photo taken at the Khartoum international airport. - UR-SDV via Wikimedia Commons

Sudan’s international airport in Khartoum is reopened for some international passenger flights, according to a Thursday announcement from aviation authorities.

The decision was approved by health authorities as the country eases its lockdown over COVID-19. Sudan first closed businesses and restricted civilian movement in April. This week, the government started easing measures in the capital Khartoum and surrounding areas.

The easing comes as Sudan’s economy continues to struggle. Inflation has topped 100% and the economy is expected to contract this year.

The virus also continues to spread, but more slowly than it once did. Sudan recorded 46 new cases today, according to Sudan News Agency. The country’s daily confirmed cases have numbered less than 100 for several days. In June, there were well over 100 cases recorded per day, according to Worldometer statistics.

The reopening does not spell the end of anti-virus measures in the country. Starting July 14, all visitors — including Sudanese nationals — to the airport will be inspected by the Ministry of Health, according to Sudan News Agency.

Flights from these countries are being allowed because their airports are open and they agreed to let Sudanese planes use their airspace. Repatriation flights of Sudanese citizens in other countries in Africa and Asia will also continue, the director of Sudan’s Civil Aviation Authority Ibrahim Adlan told the agency.