The two countries are also discussing having Saudi Arabia manufacture the drug. 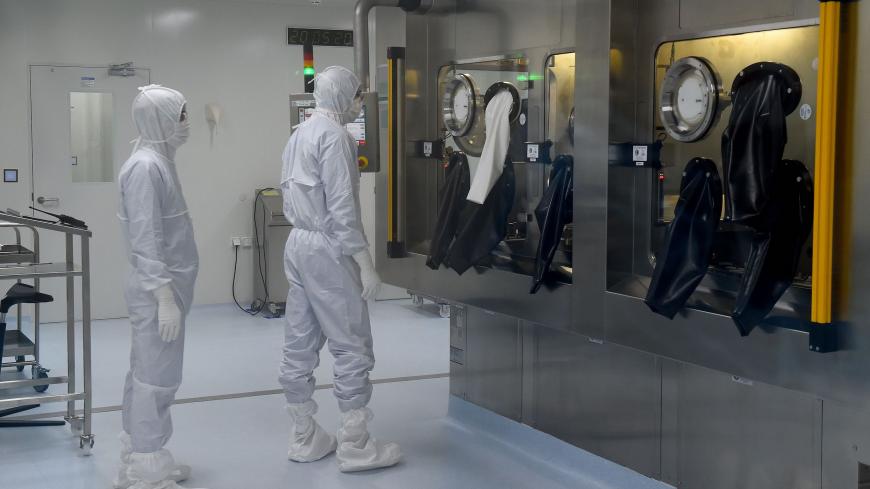 Employees wearing protective equipment work at the production line of Russia's biotech company BIOCAD, which is developing its own vaccine against the new coronavirus and working on another one in cooperation with the country's virus research center in Siberia, Vektor, in Strelna on May 20, 2020. - OLGA MALTSEVA/AFP via Getty Images

Russia may use Saudi Arabia as a trial site for its experimental coronavirus vaccine, the head of Moscow’s sovereign wealth fund said this week.

A 100-person trial of a Russian-manufactured vaccine is currently underway in Russia, with a previous month-long trial involving 38 people having wrapped up this week. CEO of the Russian Direct Investment Fund Kirill Dmitriev said Saudi Arabia could be part of the next phase of testing in August, reports Arab News.

In addition to the trial, Dmitriev said the two countries are also discussing having Saudi Arabia manufacture the drug.

“We consider that we have very good cooperation regarding the vaccine, and these clinical trials and drugs can be made in Saudi Arabia,” Dmitriev told the outlet.

Russian health officials, who have characterized the development of a vaccine as "a question of national prestige,” plan to produce 30 million doses of their COVID-19 vaccine for use in Russia. An additional 170 million could be manufactured abroad, Dmitriev told Reuters.

In mid-June, Saudi Arabia approved dexamethasone, a low-dose steroid used to treat inflammation, for use on critically ill coronavirus patients after a promising trial at the University of Oxford. The kingdom also purchased COVID-19 testing kits from Russia and the anti-influenza drug Avifavir, which reportedly led to shortened recovery times for COVID-19 trial patients.

Saudi Arabia, a country of some 34 million people, has registered the highest number of coronavirus cases in the Gulf region. As of Friday, health officials had confirmed more than 243,000 COVID-19 infections, of which 2,407 people have died.

Earlier this week, Saudi Arabia announced steep fines for those who violate travel restrictions on the annual hajj pilgrimage in Mecca, which is expected to begin later this month. The Ministry of Interior said fines of 10,000 riyals ($2,700) will be issued to those who trespass onto the hajj sites of Mina, Muzdalifah and Arafa.

by Murielle KASPRZAK and Joseph SCHMID | AFP | May 26, 2022
END_OF_DOCUMENT_TOKEN_TO_BE_REPLACED