The kingdom's Ministry of Health has begun using the cheap drug on critically ill patients. 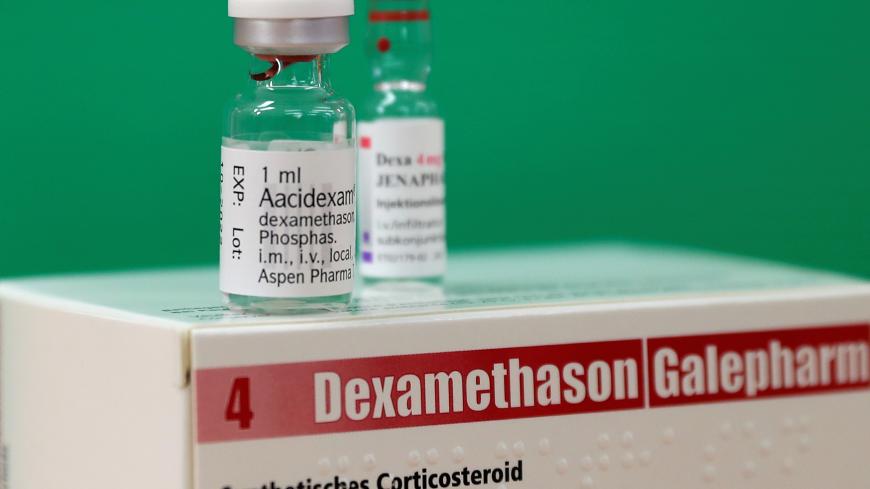 An ampoule of Dexamethasone is seen during the coronavirus disease (COVID-19) outbreak in this picture illustration taken June 17, 2020. - REUTERS/Yves Herman/Illustration

A trial run by the University of Oxford found that the drug, a low-dose steroid used to treat inflammation, reduced the death rate among COVID-19 patients on ventilators by about 35%. The researchers estimate 5,000 lives could have been spared had the UK used the drug at the start of its outbreak.

The results, published Tuesday, prompted the UK government to approve the use of dexamethasone, which costs roughly $6 for a 10-day treatment. The World Health Organization urged caution over dexamethasone and noted the findings, although “very significant,” were the result of just one study.

According to the Saudi Press Agency, the Health Ministry has begun to administer the drug to patients in need of oxygen in intensive care units.

Saudi Arabia has registered more than 141,000 confirmed cases, of which 1,091 have died. Only Iran and Turkey have recorded more infections in the Middle East.

After relaxing restrictions last month, the Saudi government recently reimposed a curfew and other measures in Jeddah following a spike in cases in the Red Sea city. Saudi authorities are also reportedly considering canceling the annual hajj pilgrimage to Mecca.