Saudi health officials confirmed an additional 4,301 cases of the virus Friday, raising the case count to more than 150,000. 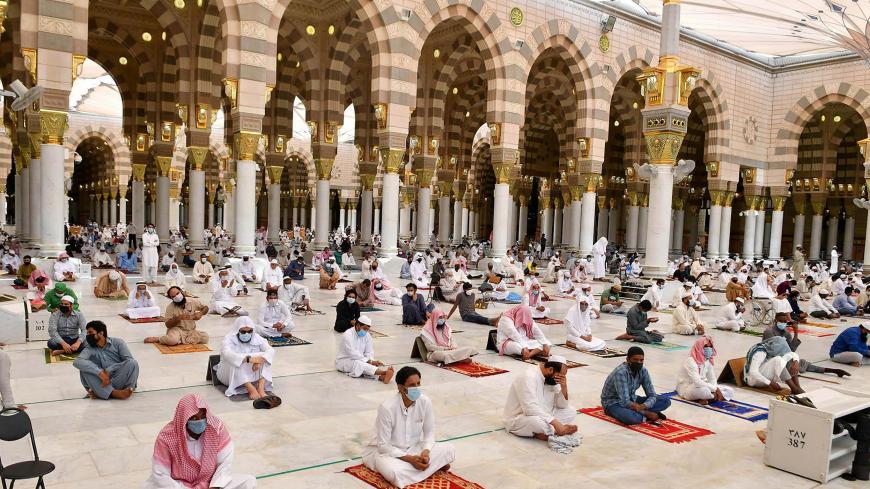 Saudi Arabia will allow more than 1,500 mosques to reopen in the holy city of Mecca more than three months after they were closed to congressional prayers.

The Ministry of Islamic Affairs said Friday that personal prayer rugs and social distancing will be required among worshippers. Gulf News reports that volunteers have posted signs on carpets showing the distances that must be kept during prayers.

Saudi Arabia confirmed an additional 4,301 cases of the virus Friday, bringing the total 150,292. Health officials say 1,184 people have died of the virus.

The country has marked six straight days of new cases surpassing 4,000. On Wednesday, it recorded 4,919 new cases — its highest single-day total since it began tracking the virus in March.

This week, Saudi Arabia approved the use of dexamethasone, a low-dose steroid used to treat inflammation, on critically ill coronavirus patients following a promising study on the drug in the United Kingdom.

“The virus is still around, it’s still active, and the pandemic continues,” Al-Aly said. “We return to normalcy, but carefully.”

At the end of May, Saudi Arabia began easing lockdown measures as part of a three-phase plan. Prayers in tens of thousands of mosques resumed everywhere but Mecca. The mosque in Medina where the Prophet Muhammad is buried opened for the public to pray outdoors.

The Ministry of Islamic Affairs sent text messages to millions of residents that contained the new guidelines for worship, including wearing a face covering at all times and staying 6.5 feet apart.

As the coronavirus case count continues to climb, Islamic authorities in Saudi Arabia are considering canceling the hajj pilgrimage scheduled for late July, which brings together some two million Muslims to the holy cities of Mecca and Medina each year.

On Sunday, authorities will lift a nationwide curfew everywhere but Mecca and the Red Sea city of Jeddah.