Bahrain says that hydroxychloroquine, an anti-malaria drug promoted by US President Donald Trump to treat COVID-19, was successful in treating coronavirus patients. 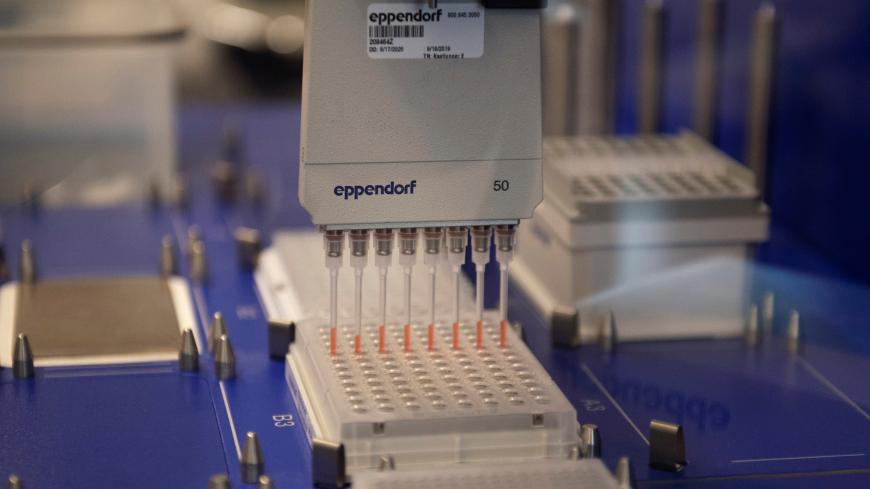 Researchers at the University of Minnesota Genomics Center set up an automated liquid handler as researchers begin a trial to see whether malaria treatment hydroxychloroquine can prevent or reduce the severity of COVID-19, in Minneapolis, Minnesota, March 19, 2020. - REUTERS/Craig Lassig

The much-touted anti-malarial drug seen as a possible treatment for coronavirus has been used successfully in Bahrain, a top health official said Tuesday.

Bahrain, according to the state-run Bahrain News Agency, is one of the first countries to use the decades-old malaria drug known as hydroxychloroquine to treat coronavirus patients. The agency quotes Lt. Gen. Dr. Shaikh Mohammed bin Abdullah Al Khalifa, the head of the Bahrain’s coronavirus task force, who said hydroxychloroquine had been effective in “alleviating the symptoms of the virus and reducing its complications.”

Doctors in Bahrain first used hydroxychloroquine, which is also a treatment for lupus and acute or chronic rheumatoid arthritis, on Feb. 26, Khalifa said.

The jury is still out on whether the experimental drug is an effective treatment for coronavirus. In France, the anti-malarial was used in combination with azithromycin, an antibiotic typically prescribed for bacterial pneumonia, to treat some two dozen patients in Marseille.

But in China, where the virus emerged, a small clinical trial of hydroxychloroquine found no significant differences between those who took the medication and those who didn’t.

US President Donald Trump has called the related drug chloroquine a potential “game changer.’’ Early trials have shown promise, with one group of French researchers running small tests of the drug on COVID-19 patients concluding that "If clinical data confirm the biological results … the disease will have become one of the simplest and cheapest to treat and prevent among infectious respiratory diseases.” Chloroquine and hydroxychloroquine, however, have not been approved by the US Food and Drug Administration for use on coronavirus patients.

Reports of the drug’s potential have led to both a rush on and unsupervised use of the drug, as well as hoarding. In Arizona, a man died and his wife was hospitalized after they both ingested chloroquine in an attempt to treat themselves for suspected coronavirus. (The couple appears to have taken a non-pharmaceutical version of the drug sold to clean fish tanks.) In Nigeria, health officials say three people in Lagos overdosed on the drug following Trump’s comments.

The health ministry in Bahrain has reported 419 confirmed cases of the coronavirus with a death toll of four. The country is among several participating in the World Health Organization’s “solidarity trial,” which will compare treatment efforts around the world.