Hamas is sparing no effort to restore its relations with Iran, which announced that it will provide all necessary support to the Palestinians facing the Israeli annexation plan of the West Bank. 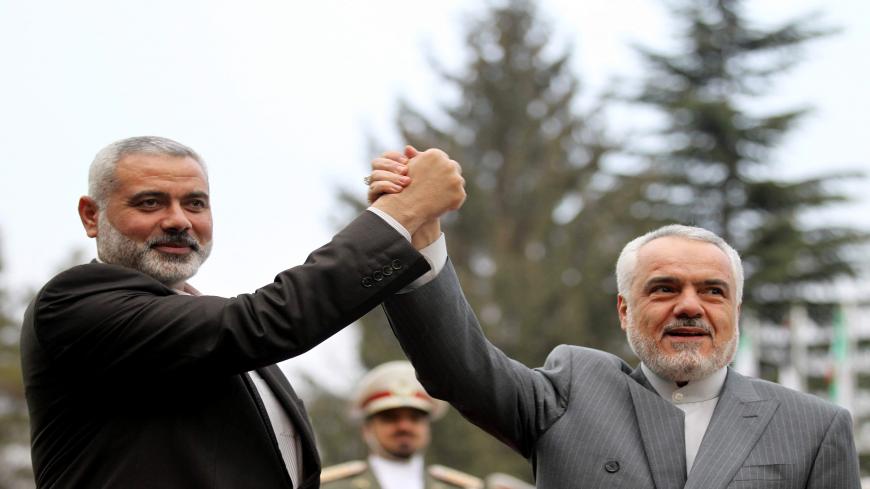 GAZA CITY, Gaza Strip — Since Hamas and Islamic Jihad remained on the sidelines in the Syrian civil war and left their respective offices in Damascus in 2012, Iran, a staunch ally of the Syrian regime, suspended its financial support to both movements, cutting off their largest sources of funding.

The return of these relations, however, seems to be in the offing, especially with the recent events in the region. On May 28, Israeli Prime Minister Benjamin Netanyahu announced that his government intends to annex 30% of the West Bank.

Head of the Hamas political bureau Ismail Haniyeh said July 6 that he had received a message from Iran’s Supreme Leader Ayatollah Ali Khamenei, confirming that his country will continue to provide support to the Palestinians.

“Iran will spare no effort to support the Palestinian people to restore their right and hold off the evil schemes of the Zionist entity,” the message read.

Ghalibaf expressed his country’s support for the Palestinian people in the face of the US Middle East peace plan, known locally as "the deal of the century."

Hamas has made great efforts in the past months in a bid to restore Iranian support. Hamas condemned the assassination of Qasem Soleimani, the commander of Iran’s Islamic Revolutionary Guard Corps, by a US strike in Baghdad Jan. 3. Haniyeh also traveled to Tehran to participate in Soleimani’s funeral.

Mahmoud al-Zahar, a member of Hamas political bureau, had said during an interview with Al-Nahda News July 9, 2019, that Hamas had been making great efforts in a bid to restore relations with the Syrian government backed by the Iranian regime.

Although Iran announced that it would continue to support the Palestinian resistance, a major challenge stands in the way, which is the Palestinian Authority and Israel’s policy to dry up Hamas sources of funding, taking strict measures to prevent money from outside the Palestinian territories from reaching the Islamic movement through local banks.

“Hamas has its own ways to get the money. Banks are no longer part of its scheme to do so,” the Hamas source said.

A Reuters report published on April 26, 2019, said that Hamas is increasingly using sophisticated methods to raise money using Bitcoins, which highlights the difficulties facing the authorities to track cryptocurrencies financing groups that some classify as terrorists.

“It is not important here for the public to know how the support will reach the resistance, but what is important is where and how such support would be used on the ground to thwart the Israeli annexation plan,” the source explained.

He added, “The Iranian support will mainly be directed to the West Bank that is at risk now with the Israeli annexation plan. Support will also focus on mobilizing the Palestinian people to confront this scheme.”

On July 2, Secretary-General of Fatah’s Central Committee Jibril Rajoub and Hamas leader Salah al-Arouri, who is based in Beirut, held a rare joint video conference to discuss a joint plan of action to counter the Israeli annexation plan.

“We must realize that the battlefield now is the West Bank and our people in Gaza are ready by all means to [counter the plan]. Abu Obaida [spokesman for Hamas’ military wing, Izz ad-Din al-Qassam Brigades] said that the annexation is a ‘declaration of war,’” Arouri said during the conference call.

Islamic Jihad leader Khodr Habib told Al-Monitor, “Iran’s support is of paramount importance for the Palestinian resistance and willl significantly contribute to escalate the resistance against the Israeli occupation in the coming period.”

He stressed that there is ongoing communication between his movement’s leadership and Iranian officials to discuss mechanisms to translate what has been agreed upon in recent contacts with Iran on the ground.

He added, “The resistance factions have been holding regular meetings to develop practical measures to address the Israeli plan. All our efforts in the coming stage will be focusing on resisting and thwarting the [annexation] plan and we will certainly succeed in that.”

Talal Okal, political analyst and writer for the Ramallah-based newspaper Al-Ayyam, told Al-Monitor, “Iran’s recent stance to provide the greatest possible support to Hamas and Islamic Jihad in the framework of confronting the Israeli annexation plan, is the culmination of great efforts made by the leadership of the two movements to restore their relations with Iran.”

He said that Hamas felt it had made a historic mistake by detaching itself from Iran over the Syrian conflict, and by looking for alternative sources of funding, such as Qatari support.

Okal explained that Hamas found out that Qatar’s support is conditioned by maintaining calm with Israel, which is in direct conflict with the movement’s principles and goals aimed at perpetuating the conflict with Israel. Hamas was forced to maintain calm with Israel at the moment in order to receive more funds from Qatar, especially since it has been grappling with a major financial crisis since Egypt established a buffer zone along the borders with the Gaza Strip in 2014 to destroy the border tunnels, he added.

“Hamas realized that it is in imperative need of the Iranian support more than any other source of funding, as Iran would provide it without any conditions or prerequisites,” Okal concluded.

Hassan Abdo, a writer and political analyst close to Islamic Jihad, told Al-Monitor, “The recent contacts between Hamas and Islamic Jihad with Iran — and Khamenei’s message — are proof that all differences between the two parties would remain on hold now as they are insignificant in light of the Israeli annexation scheme.”

He added, “Many other Arab countries turned their back on the Palestinians and contributed in intensifying their blockade, making way for the US deal of the century and the annexation plan, which is part of it. Iran’s position was exactly the opposite." 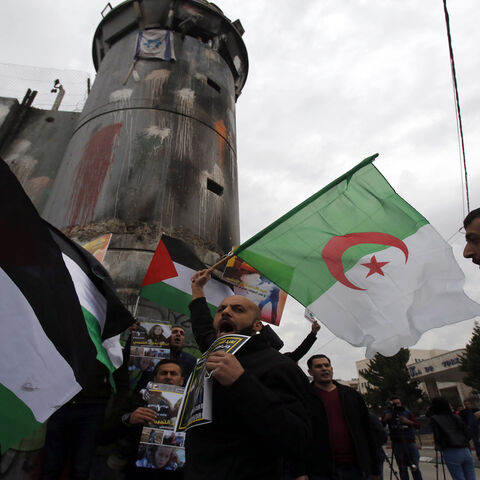