While female entrepreneurship is steadily increasing in Morocco, cultural barriers stand in the way of women achieving their full economic potential. 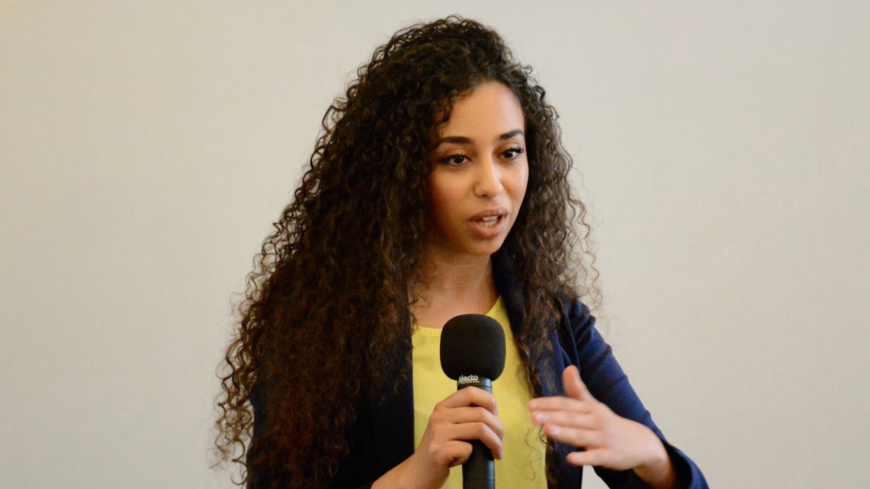 Women's economic participation and female entrepreneurship are critical to economic growth and development as they contribute to poverty reduction and job creation. Although women make up 50% of the world's population, they have less access to resources and opportunities. Women's entrepreneurship is still significantly lower than that of men. Consequently, it has been identified as an enormous untapped source of economic growth.

But that is changing thanks to women's economic empowerment interventions by governments, United Nations agencies and civil society, which have gained momentum in recent years, helping toward bridging the gender gap. One such initiative “to help build women's resilience to global challenges and emerging crises” was a virtual conference hosted earlier this month by the United Nations Industrial Development Organization (UNIDO) in partnership with UN Women, the Food and Agriculture Organization (FAO) and the Italian government .

Held within the framework of the UNIDO project, Promoting Women's Empowerment (PWE) for inclusive and sustainable industrial development in the Middle East and North Africa region that is funded by the Italian government, the conference titled “Women in Industry and Innovation” tackled such topics as women's empowerment through information communications technology and in the circular economy.

During interactive sessions held on July 15-17, 56 female leaders and entrepreneurs from Southern Europe and the Middle East and North Africa shared their stories of success that they hoped “would inspire younger generations and open their eyes to the countless opportunities they too can harness to advance in their careers,” said Monica Carco, senior industrial development officer and project manager of PWE, at UNIDO headquarters in Vienna.

Among the speakers was Sana Afouaiz, a 26-year-old Moroccan social entrepreneur and women's rights advocate, who recounted how she started her activism as an adolescent growing up in Morocco's conservative southern coastal city of Agadir.

“I grew up with two options: Either I accept gender inequality, discrimination and misogyny and live with it as a norm or I rebel and do something about it,” she told Al-Monitor. Afouaiz chose the latter. She started her own blog, telling the stories of the women and youth she encountered in her daily life in Morocco and during her travels to neighboring Arab countries. She covered issues considered taboo such as female genital mutilation, rampant in Egypt and Sudan, and women's virginity, often associated with family honor in traditional societies like Agadir.

“A girl must be delivered untouched to her husband; if she is not a virgin on her wedding night, she brings shame and dishonor to her family,” Afouaiz said. In some countries like Iraq, new brides are taken to court by their future husbands and are forced to undergo humiliating virginity checks if their virginity is in doubt.

She started campaigning against gender discriminatory laws, such as the law allowing rapists to escape prosecution by marrying their victims. While Morocco has since repealed the law — it was among the first countries in the region to do so in 2014 — the legislation remains in force in other Arab countries such as Kuwait, Bahrain, Syria, Libya and Algeria.

Afouaiz believes that the root cause of discrimination against women is the mindset of the people in the region, still steeped in patriarchy.

“Misogyny is a global reality but in our region it is the mindset of the people that has made gender discrimination a norm — the way women are perceived and the images that we see in our childhood, the messages that we hear about women and the ideas that we start to believe in — at home, at school, in the media, in places of worship, and in cultural and social places. We grow up believing that those ideas are ultimate truths and this impacts the status of women in society,” Afouaiz noted.

“Very often, women are the sustainers of this mindset. They themselves have internalized misogyny and don’t realize how important it is for them to question those ideas,” she added.

Determined to change the situation for women in her country and others facing similar conditions, Afouaiz started working with various organizations that support women and advocate for their rights. But she soon discovered that despite the extensive resources and ambitious projects undertaken by those organizations, they fell short of meeting the needs of Arab women. To understand those needs better, she took one year off work and set off on a fact-finding mission, traveling across the region and interviewing hundreds of women, representatives of civil society, and local women's groups and organizations.

A year later, in 2016, Afouaiz, 22 at the time, decided to establish her own social enterprise — “Womenpreneur” — a Brussels-based organization that promotes women's entrepreneurship as well as women's role in technology, innovation and society. In four years time, the organization has reached and supported more than 10,000 women “through a variety of innovative experiences, entrepreneurial activities, mentorship sessions, leadership programs, technology education and networking events.”

Not surprisingly, starting her own social enterprise at such a young age was “challenging” and Afouaiz had to overcome a number of obstacles.

“I was not taken seriously at first and had to prove that I had something to contribute; gender issues are 'pink' issues not just in our region but also globally. Besides, I had to deal with complex issues such as the fact that gender discriminatory provisions are embedded in the legal framework so there was a great deal of lobbying and advocacy to be done,” she recalled.

She added, “At Womenpreneur we offer solutions for women to empower them economically. Our ultimate objective is that through the economic independence of women, they will be able to question and examine the environment around them and to be fully independent in their minds because we believe that freedom begins in our minds.”

Thanks to the efforts of Womenpreneur and other similar initiatives, female entrepreneurship is on the rise in Morocco. In recent years, the Moroccan government has developed various initiatives to assist start-ups, including easing administrative procedures for entrepreneurs and setting up investment funds to support new small and medium enterprises.

Still, Moroccan female entrepreneurs — much like their counterparts elsewhere — still face several challenges including access to funding, training and information to start and grow their businesses. Funding is the biggest challenge facing aspiring female entrepreneurs as some banks are reluctant to fund women's businesses, a former Moroccan minister of solidarity and family told Al-Arabiya some years ago.

Stereotypes and cultural constraints are among other factors holding women back. Men are still perceived as the breadwinners in the family, and lack of education is the main barrier to female entrepreneurs starting businesses in the technology sector and the reason why they are opting instead for ventures in agriculture, handicrafts and small-scale service industries.

Afouaiz is calling for a revolution of ideas to change the mindset and achieve greater gender equality in her country. “Education is key, but the media also has an important role to play in conveying important messages about gender equality. To effect positive change, we need to work with all actors who have some influence in society such as lawmakers and clerics. The latter need to question and change the way they preach. Then there is the street and the way women are treated in public spaces,” Afouaiz said.

She added, “We must also see more women in different fields and professions as seeing is believing. Young, ambitious women will want to emulate the success of those female role models.”

And while Afouaiz acknowledges that substantial steps have been taken toward gender parity in her country in the last decade, she insists there is still a lot of work to be done. According to the 2020 World Economic Forum's Global Gender Gap Report, Morocco still ranks 143 out of 163 countries. According to USAID, Moroccan women remain underrepresented in elected office and have yet to reach their full economic potential. Morocco ranks 146 out of 153 countries in women's economic participation and opportunity. Moreover, female students leave school at a younger age than their male counterparts. And despite the legal advances in women's rights in recent years, the lack of effective implementation and loopholes in some of the laws — such as the law to eliminate violence against women — undermine the country's reputation as a progressive, open and tolerant society.