Female entrepreneurs from Iraq, Palestine and Egypt show that hardship does not always impede creativity, particularly when you build on your country's artistic heritage. 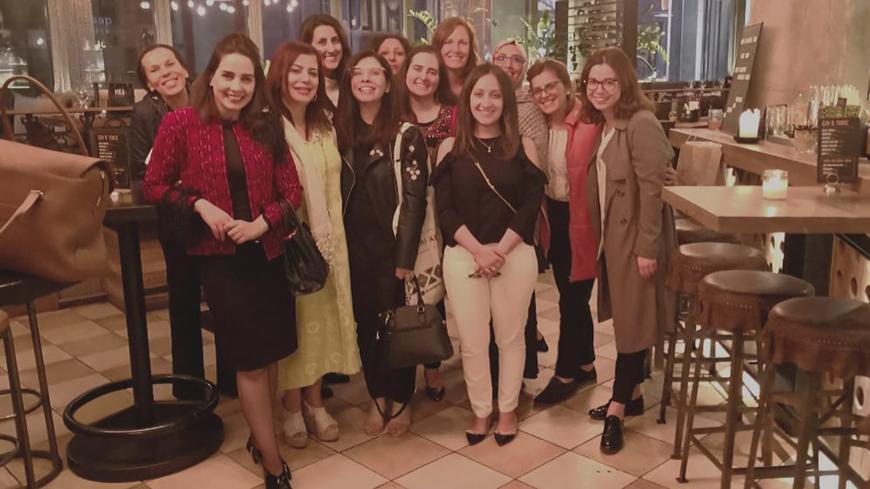 Decades of war in Iraq, an economic crisis in Egypt, the dire economic and political situation in Palestine: Such conditions are not always conducive to entrepreneurship. Yet three remarkable women from those countries have made use of their country's heritage and handicrafts to set up businesses with limited funds.

​Noor Hashim, 30, is from Baghdad. She started her business in 2016 with a Facebook page, which she used to market her handmade products: leather bags, necklaces, scarfs and souvenirs, with designs inspired by Mesopotamian art. A year later, she opened a shop for her brand Hili, which means love in Arabic. She wanted to underline the strength of love as opposed to the hate and destruction of wars that have plagued her country.

“I used to design and make every piece by myself, and then I decided to train some Iraqi women to do them," Hashim told Al-Monitor. "Some of them learned the job quickly and I employed them.”

Iraq's economic and political conditions do not enable Iraqis to spend a lot of money on clothes or accessories, but Hashim is taking small steps toward exporting her products to the Gulf, to wealthier countries like Kuwait and Saudi Arabia.

“Whatever the situation, we should keep working," Hashim, a political science graduate, said. "If we do just give way to despair, the situation will only get worse.” 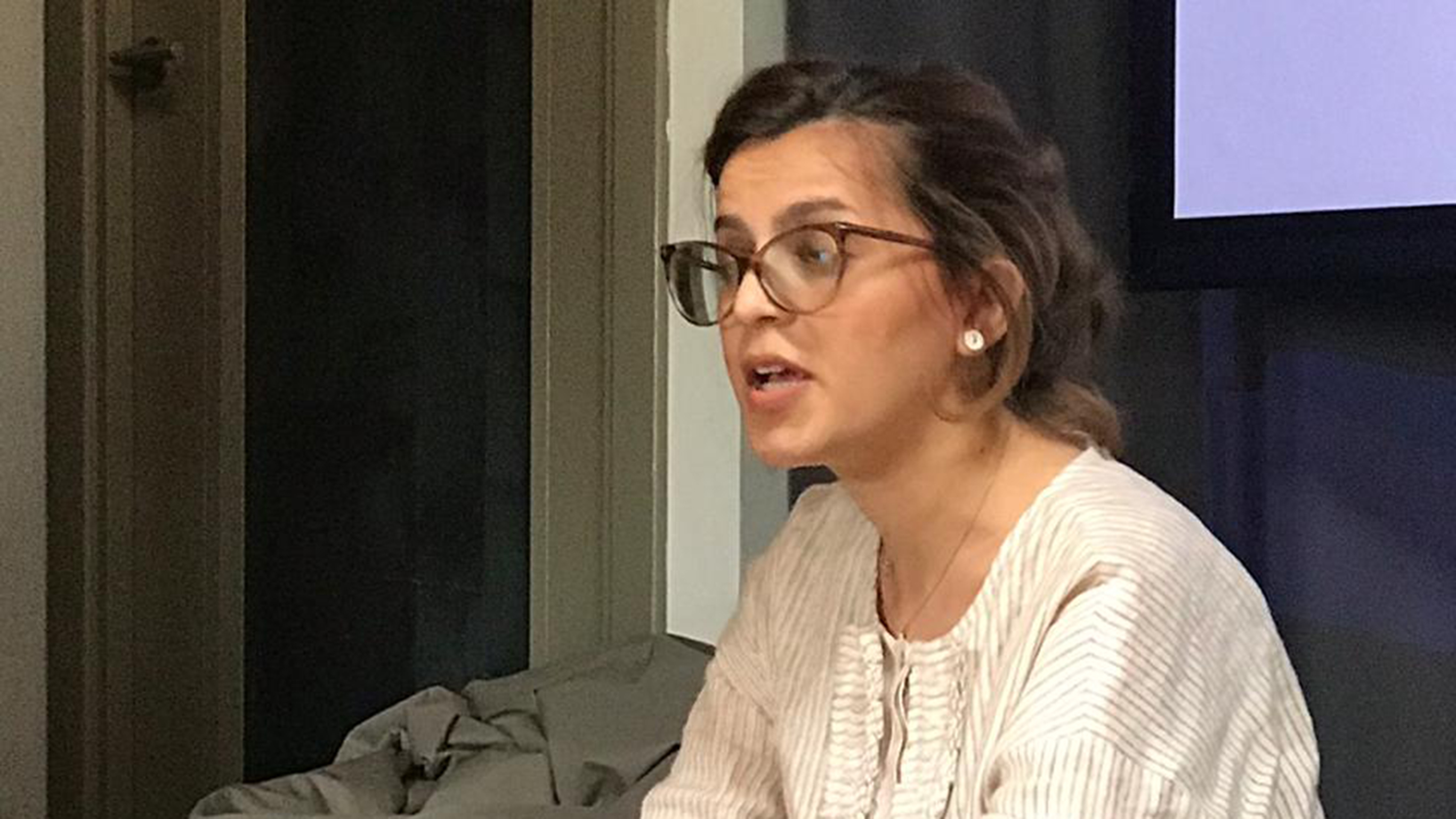 Iraqi entrepreneur Noor Hashim sharing her story in a session during the Female Entrepreneurs Program in The Hague.

The program, held on the sidelines of the Global Entrepreneurship Summit in The Hague last week, offered exposure for the female entrepreneurs, as they met with counterparts from around the world and shared their stories.

The female unemployment rate in Arab countries is at 15.6 %, three times the rate of men, according to a 2019 study by the International Labor Organization.

The number of female entrepreneurs in Lebanon and Palestine is relatively low, according to the Cherie Blair Foundation for Women. In Lebanon, only 10.1% of women are self-employed, while Palestinian women own just 5.4% of all enterprises in the West Bank and Gaza Strip.

Palestinian designer Noora Abdeen Khalifeh, 35, founder of the Ramallah-based Noora Heritage House, also participated in the event in The Hague. The fashion designer is from Jerusalem and studied business administration. She believes that women are simply better at seeing opportunities and “combining business with heritage and local culture.”

“Global fashion trends come to Palestine very late. We are behind by seven years at best when it comes to latest fashions,” Khalifeh said with a laugh. “That’s why I decided to make sure that we create our own fashion trends, using the motifs of the past.”

She started her brand in 2012 and has since recruited over a hundred Palestinian craftswomen who work from home.

“There were times when I would take my car and travel to different villages in Palestine to search for the talented women and ask them to work for me,” Khalifeh said.

Khalifeh said each craftswoman earns about $350 per month working from home. This is no small sum in cash-strapped Palestine. It helps women create a steady income while keeping traditional embroidery alive.

However, as an entrepreneur in Palestine, Khalifeh faces many challenges. “There is a lack of resources," she said. "It is hard to get materials in Palestine because of the [Israeli blockade] and it’s hard to export your products and to find new markets.”

Yet she does not intend to give up. “We aim to preserve our traditional embroidery and pass it on to future generations,” she said.

Perihan Abou Zied, 41, is an Egyptian social entrepreneur who holds a master’s degree in arts and crafts. Her fashion label, PAZ.Cairo, sells delicately embroidered and tailored kaftans and loose tunics in the Mamluk style.

Abou Zied also holds workshops to ensure that textile weaving, tailoring and embroidery are based on market needs.

“The reason that our textile craft deteriorated is that the new generations of young male artisans do not want to pursue a career in craft production," she said. "So, 10 years ago I launched Thaat [Arabic for oneself], a social enterprise in which we taught women how to do high-end crafts such as embroidery.”

“There are not many developmental projects that target artisans and craftsmen or women in Egypt. Worse, there is no decent education on traditional crafts,” she said. “I decided to help artisans recreate the Mamluk style — one of our intangible heritages that is hardly known.”

“But there is still a long way to go. We need more institutions to look at our work and help us in making our society better,” she said.

Annemarie Kuppers, a team manager at the Netherlands Enterprise Agency, believes it’s important to support female entrepreneurs. “I think businesswomen are smarter in their decision-making," she said. "They think twice about how to invest their money. Also, they are conscious of the effects their business will have on the community.”

She said, “I have many friends who are running businesses and it’s still harder for women than for men to run a successful business. For example, the access to finance for women is harder because they are a little bit shy and too polite sometimes.”

This is why she believes it's important to empower women. The Netherlands government, she said, supports female entrepreneurs and trusts that they are able to improve their countries.