Israel said it thwarted a Hezbollah incursion, but the Lebanese group denied this. A Hezbollah fighter was killed in an apparent Israeli airstrike in Syria last week. 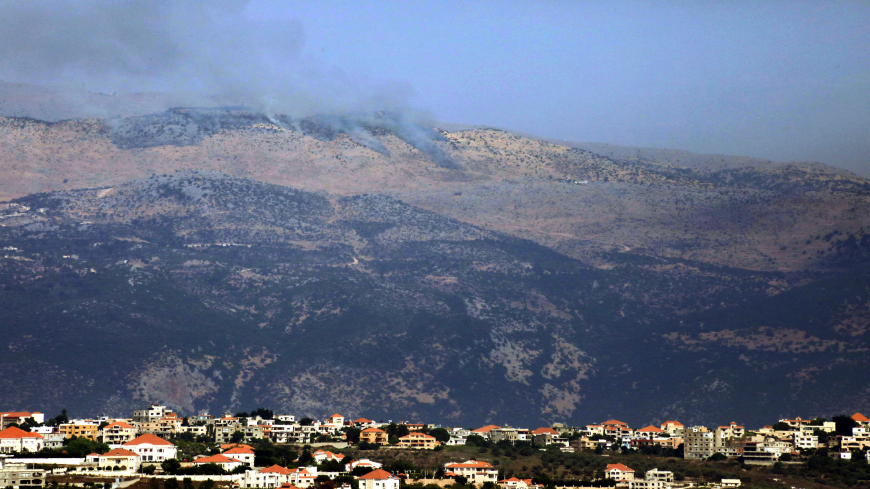 Smoke billows above the hills of Kfarchouba in the Shebaa Farms sector after reports of clashes in the Lebanese-Israeli border area, on July 27, 2020. Israel said it had repelled an attempt by "terrorists" to penetrate its territory, opening fire on the gunmen just after they crossed the frontier with Lebanon. - ALI DIA/AFP via Getty Images

Lebanese Prime Minister Hassan Diab called for caution and accused Israel of violating Lebanon’s sovereignty following a reported clash between Israel and Hezbollah on Monday. Israel-Hezbollah tensions are high following the death of a Hezbollah fighter in Syria last week.

“Israel violated Lebanon’s sovereignty once again,” Diab said in a tweet Tuesday. “I call for caution in the coming days.”

The Israel Defense Forces (IDF) said a group of Hezbollah fighters crossed a few feet into Israeli territory on Monday. The IDF said it thwarted the attack with gunfire and tank shelling. Hezbollah denied launching an attack into Israel.

A militant group and political party, Hezbollah formed in the 1980s in part to fight the Israeli military, which controlled parts of southern Lebanon at the time. It receives considerable military and political support from Iran. Hezbollah and Israel fought each other in the 2006 Lebanon War and have since clashed now and again. The group controls large parts of Lebanon and is part of the government. Like Iran, Hezbollah also fights in Syria alongside the Syrian government.

The incident follows the death of a Hezbollah fighter in Syria by an alleged Israeli strike last week. Ali Kamel Mohsen was killed during a bombing near the Damascus airport on July 20. Hezbollah attributed his death to an Israeli airstrike, and both Syrian government and opposition news outlets reported that Israel carried out the airstrike. Israeli leaders have only hinted that they strike Iran-backed targets in Syria.