The organization said it would appeal the decision by Jordan's highest court. 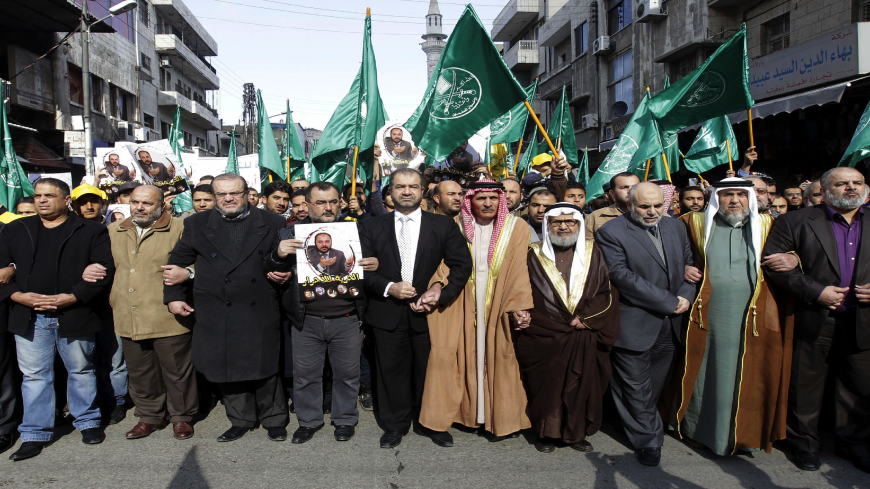 Leaders of the Muslim Brotherhood in Jordan lead a demonstration in the capital Amman on Nov. 28, 2014. - KHALIL MAZRAAWI/AFP via Getty Images

Jordan’s highest court has dissolved its branch of the Muslim Brotherhood, an official told Agence France-Presse (AFP), saying the organization had failed to resolve its legal status in the country.

“The Court of Cassation yesterday issued a final verdict ruling that the Muslim Brotherhood group is dissolved … for failing to rectify its legal status under Jordanian law,” the official said, requesting anonymity.

Since its founding in Egypt in 1928, the Islamist umbrella movement has grown to include various offshoots and millions of members throughout the Arab world. The Brotherhood is branded as a terrorist organization in Egypt and is banned in several other countries.

The organization had operated legally in Jordan since the 1940s. The group’s political wing, the Islamic Action Front, is the country's largest opposition group. In 2015, a more moderate branch formerly split off and named itself the Muslim Brotherhood Society.

Authorities shut down the original Brotherhood’s headquarters and several offices in 2016 and transferred ownership of the property to the government-authorized splinter group, which claimed to have severed ties with the broader movement.

In May 2019, the Cassation Court ruled the original group be dissolved on the grounds it didn’t renew its license as required under Jordanian law. The court issued its final verdict reiterating that judgment on Wednesday.

Sheikh Hamza Mansur, head of the Brotherhood’s ruling council, said his group would appeal the decision because dissolving "is not in the national interest."

"The Muslim Brotherhood ... is a model of moderation and an important element in strengthening national unity,” he told AFP.