As several Islamic State attacks in Sunni provinces took out local commanders and a community leader in July, a lawmaker from Salahhuddin province has called for the arming of tribes in his region. 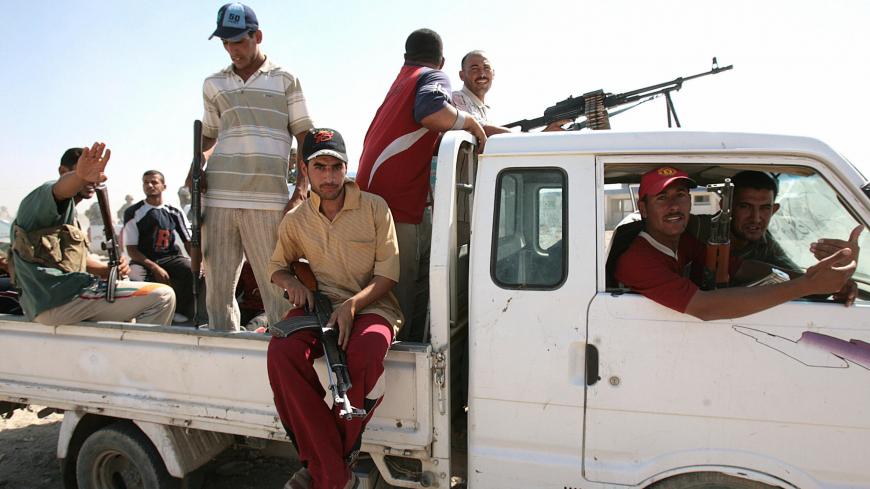 Two Iraqi commanders were killed in attacks claimed by the Islamic State in Sunni tribal-dominated areas in the second half of July.

The first was just north of Baghdad in Tarmiya, where a sniper shot a popular general on July 17. The second came on July 29 near the western Anbar town of Hit, where the commander of the 29th Brigade of the Army’s 7th Division was killed.

The 7th Division seemed generally well liked among the local population in Anbar when this journalist accompanied it on operations to liberate western Anbar in late 2017. Many of its officers have received training from the international coalition.

On July 25, when a mukhtar from a village near Samarra in Salahhuddin province and members of his family were killed, parliamentarian Muthanna al-Samarraie, whose family also hails from Samarra, called for arming local tribes to deal with security threats themselves.

IS has long focused much of its efforts on attacking Sunni provinces and fostering insurgency in them.

Though tribes in Iraq’s Shiite-majority south are also important, Shiite anti-IS tribe-based militias do not exist in those areas as IS does not try to win over Shiite areas and IS attacks on them are rarer. Many from the south are instead involved in the Popular Mobilization Units (PMU), including ones linked to Iran that claim to be fighting as part of a religious jihad and operate in Salahhuddin.

Iraq has a Shiite-majority population but much of the Anbar, Salahhuddin and Nineveh provinces, where IS held significant territory from 2014 until 2017, has a Sunni majority.

Salahhuddin Trial Sheikhs Council spokesperson Marwan al-Jbara, from the Jabouri tribe, told Al-Monitor via WhatsApp July 28, “We don’t need security reinforcements so much as involvement of locals in security-related decisions.”

The Jabouri tribe is one of the largest in Iraq and some local PMUs in Salahhuddin are largely made up of its members.

Jbara stressed that if the “factions” — referring to Iran-linked PMUs — were to be forced to leave the area, as he feels would be best, then “Iran’s control over our areas would be over.” He noted, “Thousands of men are still missing from our region,” many of whom he said he believes were taken by these groups.

He also noted that he thinks two explosions in Camp Speicher in his native province on July 27 were actually an attack by US forces against a Shiite-led PMU faction deployed at the base.

Coalition spokesman Col. Myles B. Caggins III told Al-Monitor via WhatsApp on July 29 that the coalition had not been involved in any attacks or security incidents in the past week.

He added that the “coalition continues to support Iraqi security forces for operations throughout Anbar province and the northern and central regions of Iraq.” He went on, “In Salahhuddin province, in recent weeks the coalition has conducted several airstrikes in support of the Iraqi Counterterrorism Services.”

Caggins noted that the coalition had “moved out of and transferred about seven bases this year” but “we still remain partnered and have good relationships with a lot of the operational commands and some of the divisions underneath them as well as the Peshmerga and anti-terrorism forces.”

The only tribal PMU this journalist knows to have been trained and equipped by coalition forces in recent years is the Aaly al-Furat Brigade, led by and mostly consisting of fighters from the Karabla/Karbouly tribe in the Qaim area of western Anbar. The brigade was trained by an elite Danish unit on the Ain al-Asad base.

Two of the largest tribes in Qaim, a strategic city along Iraq’s western border with Syria, are the Karabla and the Albu Mahal.

Many in the Albu Mahal rose up against al-Qaeda in 2005, after an initial “resistance against the occupation” in the post-2003 period. The leader of the main local PMU of the Albu Mahal tribe in the border area, Kataeb al-Hamza, has told this journalist during previous trips to Qaim that it had not received any coalition training or support in recent years for the fight against IS.

On the issue of arming tribal fighters now, Hilal al-Shimmari, a poet, activist and former local council member from Salahhuddin who this journalist previously interviewed in his home province in 2018, echoed Sheikhs Council Spokesman Jbara’s views on the need for more local say in decision-making.

In a July 29 WhatsApp conversation, he stressed, “I don't think arming the tribes has any benefit, because protecting the citizen is the state’s responsibility. All weapons must be withdrawn from illegal entities, whether tribes or groups outside the law.”

He noted that local councils had been eliminated in late 2019 as an attempt by the parliament to respond to protesters’ demands to reduce corruption in the country. However, he said, the decision was “wrong and against the constitution” and there needs to be more local representation.

He added that for IS, “targeting mukhtars is an priority” because these village chiefs “convey security-related information to the authorities in their sector.” He also expressed serious concern about the international coalition’s continuing withdrawal from Iraq, which he claimed is “not in the interests of Iraqi citizens.”

Shimmari said many people were still missing from the Shimmari tribal area of the region after its liberation from IS and that “they are all innocent.” He did not, however, want to discuss who he thought might be responsible — simply stressing that it's important for locals to have a say in what forces are deployed to their areas.