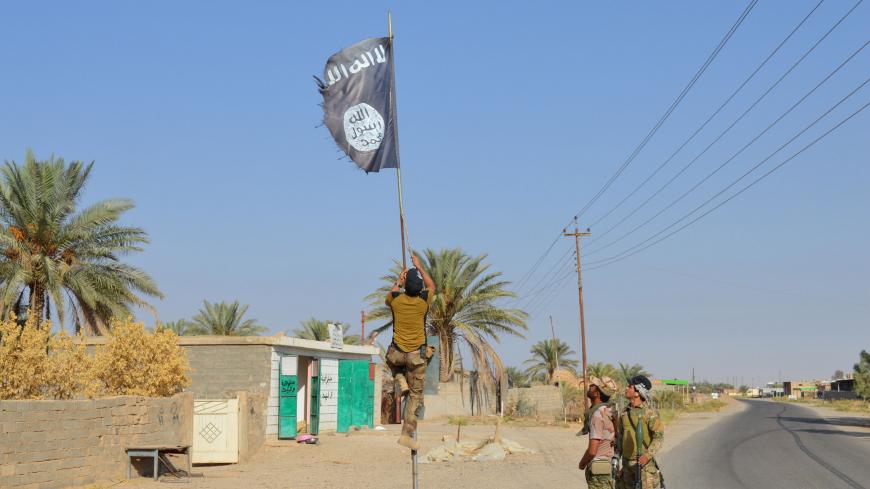 AL-OBEIDY, Iraq — The Iraqi army's recent operations in western Anbar aim to rout out Islamic State (IS) cells in the province and prevent cross-border infiltration, as the group’s stronghold in Syria grows ever smaller.

Iraqi forces must make use of local intelligence in an area that was once a stronghold of the "resistance" in post-2003 Iraq, as many locals commonly refer to anti-US activities in that period, adding "before it turned into al-Qaeda."

Many of these men later went on to fight al-Qaeda and then IS.

The commanders of two major local Popular Mobilization Units (PMU), Kataeb al-Hamza and the Aaly al-Furat Brigade, both say that hundreds of fighters are currently engaged in security operations even though they have never received salaries.

In an interview at Kataeb al-Hamza headquarters, Abu Aya told Al-Monitor that IS fighters had crossed into Iraq from Syria in early February through two border points, "bringing money to give to IS fighters in the desert," over $500,000, he said.

The money was to be used, he said, to "bribe army officers to make them turn a blind eye to other IS fighters."

Abu Aya said death sentences should be handed down to any soldier or officer found to have accepted bribes from IS. Such harsh punishment could help prevent further IS recruitment and the activation of sleeper cells in cities, he said.

Kataeb al-Hamza, he said, initially fought in the "resistance" against US forces in 2003, until Abu Musab al-Zarqawi’s group, Tawhid wal-Jihad, ''started killing innocent women and children."

Then, he said, they turned against the terrorist group and fought its successor, al-Qaeda in Iraq. Kataeb al-Hamza was reformed in 2014, he said, and has fought IS since.

In the nearby town of al-Obeidy, Sheikh Ayad, also from the Albu Mahal tribe, told Al-Monitor that, unfortunately, "using money, you can get anything."

Sheikh Ayad described the same incident as Abu Aya, stating that 15 IS fighters had recently bribed an officer and entered Iraq despite the use of thermal cameras at the border.

But then, he said, "an intelligence officer from Ramadi came with three Humvees and killed them all," adding that "they found a black bag with $500,000 inside."

Sheikh Ayad claims the area has reason to distrust outsiders.

Al-Obeidy, he noted, hosted a refugee camp for Syrians fleeing the fighting in Deir ez-Zor in 2013. Sheikh Ayad said this was one of the reasons behing the area's problems, since "they acted as spies."

Al-Monitor has been given lower numbers by other officials and residents, but several cite over 2,000 detained or disappeared by IS, many presumed to have been killed.

"Where are they? The Iraqi government must demand to know all the names of those in al-Hol," a camp for internally displaced people in eastern Syria, he said.

Sheikh Ayad also claimed that some IS members are known to be in al-Qaim in the Karabla area, home to the historic rival of the Albu Mahal tribe, the Karbouly.

The head of the Aaly al-Furat Brigade, Col. Moussa Hamad al-Karbouly, is a former police intelligence officer from al-Qaim and a close relative of a Karbouly sheikh in the Karabla area of the city.

The commander told Al-Monitor in al-Qaim that hundreds of the men in his brigade — many from the Karbouly tribe — who had been instrumental in regaining the city from IS have never received a salary.

Karbouly spoke to Al-Monitor about his father’s murder at the hands of other relatives who joined al-Qaeda in Iraq. He has been very active in seeking out information on IS leaders from Anbar for years.

"Tariq al-Karbouly and Yasser al-Mahalawy," he said, citing IS leaders from western Anbar, "were in Soussa and Hejin," parts of eastern Syria recently taken back from IS.

But now they are in the desert in Anbar, he claims.

Of his relatives that joined IS, "some are in al-Hol camp, while some of the families — women, children — have arrived in Erbil through humanitarian aid organizations."

He noted that some IS fighters from among his tribe were in al-Hol in eastern Syria, "but not the leaders."

The leaders have gone either to the Tadmur desert in Syria or the desert areas of Anbar south of al-Qaim, he said.

Hisham al-Hashimi, a counterterrorism expert, told Al-Monitor that "the traditional combat methods of the military and federal police have failed when faced with 'stealth fighter' tactics. Intelligence operations have failed to break into IS cells in areas far from the cities and to identify terrorists, despite targeted arrests and investigations."

A local Anbar security source told Al-Monitor that "several operations have been conducted in recent weeks."

"The latest one was about a week ago," he said March 9, but "the combing operations in the desert do not work because they are very wide-ranging and there are well-hidden underground caves and tunnels. And IS is using only one or two vehicles at a time."

"Also, a day or two before the operations, news of it spreads among security forces and civilians. And even if it is a secret, the [Iraqi] forces leave the desert with dozens of vehicles. Does it make sense they wouldn’t find out about it" before the forces arrive near them, he asked.

As killings and kidnappings continue in remote areas, local intelligence and different tactics may prove key to preventing IS from regaining a greater foothold. 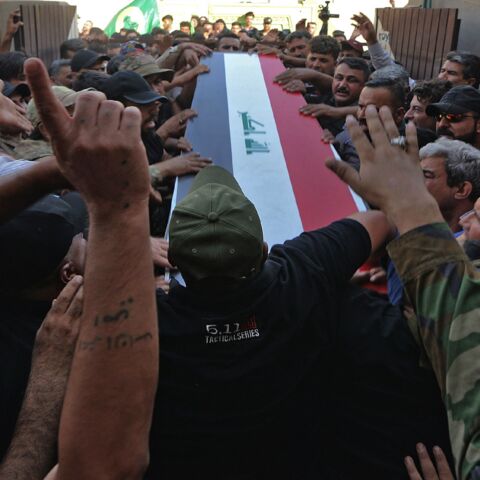