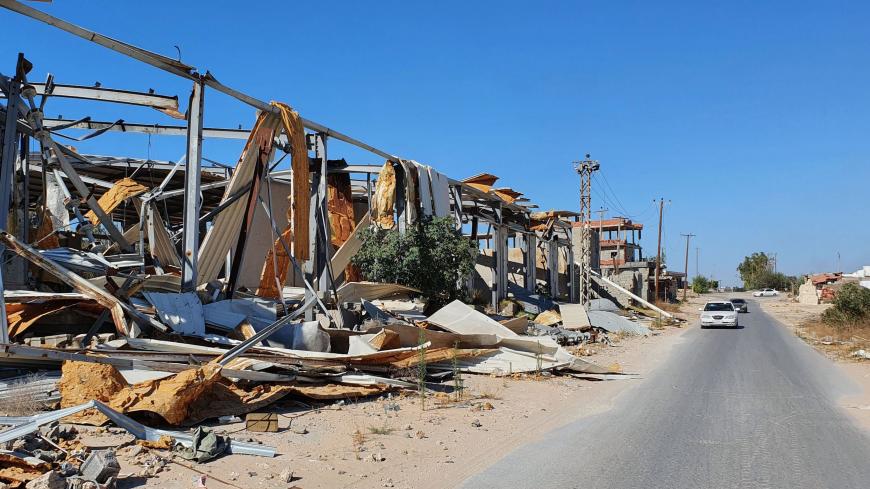 A car advances past a damaged facility in the Salaheddin district south of the Libyan capital Tripoli, on June 21, 2020, as some residents return to the area after it has been demined. - MAHMUD TURKIA/AFP via Getty Images

“The US side reaffirmed that armed groups that attempt to spoilt the political process or engage in destabilizing acts must not be tolerated — and risk international sanctions,” the State Department said while announcing the meeting.

The meeting follows a similar virtual summit last week where US officials issued a similar warning to Libya’s UN-recognized Government of National Accord (GNA).

Why it matters: The United States is pushing for a diplomatic solution to the Libyan conflict as regional powers continue to fuel what has become a rapidly escalating proxy war — a point the State Department highlighted in the meeting.

“The US delegation emphasized that the LNA’s affiliation with the Wagner group, a Russian Ministry of Defense proxy, and perpetuation of the oil shutdown are at odds with US and Libyan interests, undermine Libyan sovereignty and increase the risk of conflict that could damage critical oil infrastructure,” the State Department said in a statement.

The United Arab Emirates has also joined Russia in throwing their weight behind Hifter. And the Turkish-backed GNA’s advance on Sirte, the strategic gateway to major oil facilities, has prompted Egypt to threaten to deploy forces on behalf of Hifter’s LNA.

What’s next: The US delegation “stressed opposition to all foreign intervention in Libya and discussed the imperative of an immediate cease-fire and return to UN-facilitated security and political negotiations.”